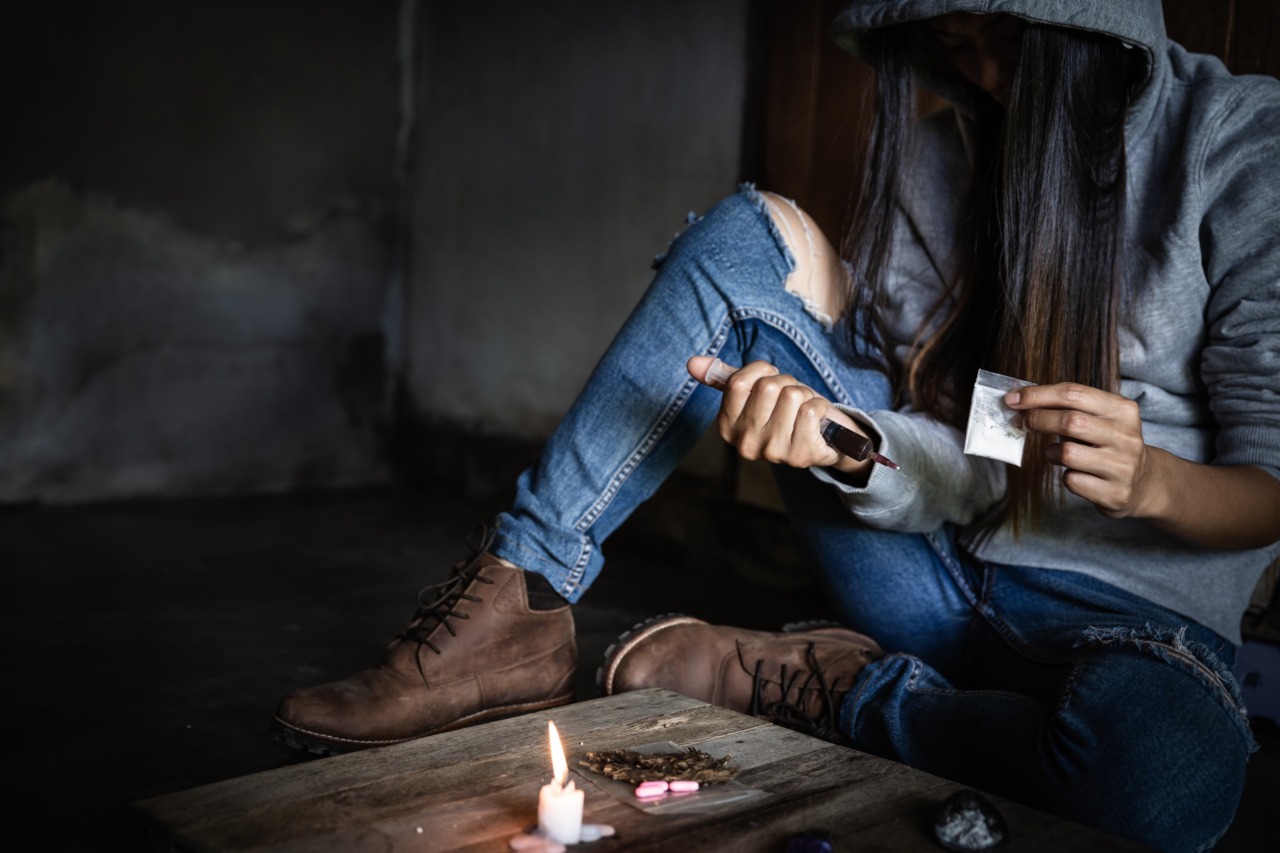 Representations of a teenager using drugs is shown in this stock image (123rf)
This summer, South Korean police busted an online drug cartel circulating methamphetamine and MDMA via an encrypted messaging app. The mastermind, as it turned out, was no Pablo Escobar but an 18-year old looking to earn some extra spending cash.

The case is part of a disturbing new trend -- digital-savvy youth falling into illicit substance use within a country once considered to be “drug-free.”

Professor Chung Hee-sun of Sungkyunkwan University, who formerly headed the National Forensic Service, laments how easy it has become for young Koreans to get hold of drugs via the internet.

"They buy illegal drugs through the dark web and pay with bitcoin,” she said.

The number of drug offenders aged 18 and younger came to 450 last year, up 43.8 percent from a year earlier. From 2018 when the figure stood at 119, the 2021 data has nearly quadrupled, according to the latest data from the Supreme Prosecutors Office.

Prescription drugs on the black market

In the United States and many European countries with youth drug abuse problems, marijuana is the usual starting point for teen abusers. In Korea, the main gateway is prescription medicine, specifically psychotropic drugs.

“Illegally obtained prescribed psychotropic drugs are most popular among teen abusers here,” Kim Hyun-jung, a manager at the state-run Korean Association Against Drug Abuse, said in an interview with The Korea Herald.

Dietamin tabs and fentanyl patches are the easiest to get, she noted, due to lax control and loopholes in related regulations.

“Patients can easily get them prescribed from multiple doctors.”

From the beginning of 2019 to the end of 2021, psychotropic drugs accounted for an average of 55.4 percent in drug cases. Other drugs such as cocaine and heroin made up 23.8 percent, and marijuana accounted for 20.8 percent.

It is only a matter of time for at-risk adolescents, once exposed to illicit substance use, to discover marijuana and hard drugs like cocaine and heroin, she added.

“Abuse of prescribed drugs makes it easier for teens to abuse harder drugs later in their lives. The drug abuse problem in Korea is currently relatively tame, but we’re following in the footsteps of the US in its growth,” she warned.

Teens’ use of illicit drugs is also associated with the rising suicide rate among youth here, data shows.

From 2019 through June this year, 15,469 minors were hospitalized due to attempted suicide, data from the National Health Insurance Service shows. During this period, teens’ hospitalization due to “suicide attempts from addiction” amounted to 7,182, according to separate data from the National Medical Center. This would mean 46.4 percent of minors’ suicide attempts resulting in hospitalization may have been associated with drug use or addiction.

“(At-risk) teens are becoming drug offenders amid a lack of warning and education on the danger of drug abuse, and it is feeding their suicide rate,” Rep. Seo Dong-yong, from the Democratic Party of Korea, said in a statement released in October.

“The Ministry of Education must start educating teenagers of the dangers of drug abuse by collaborating with related institutions.” 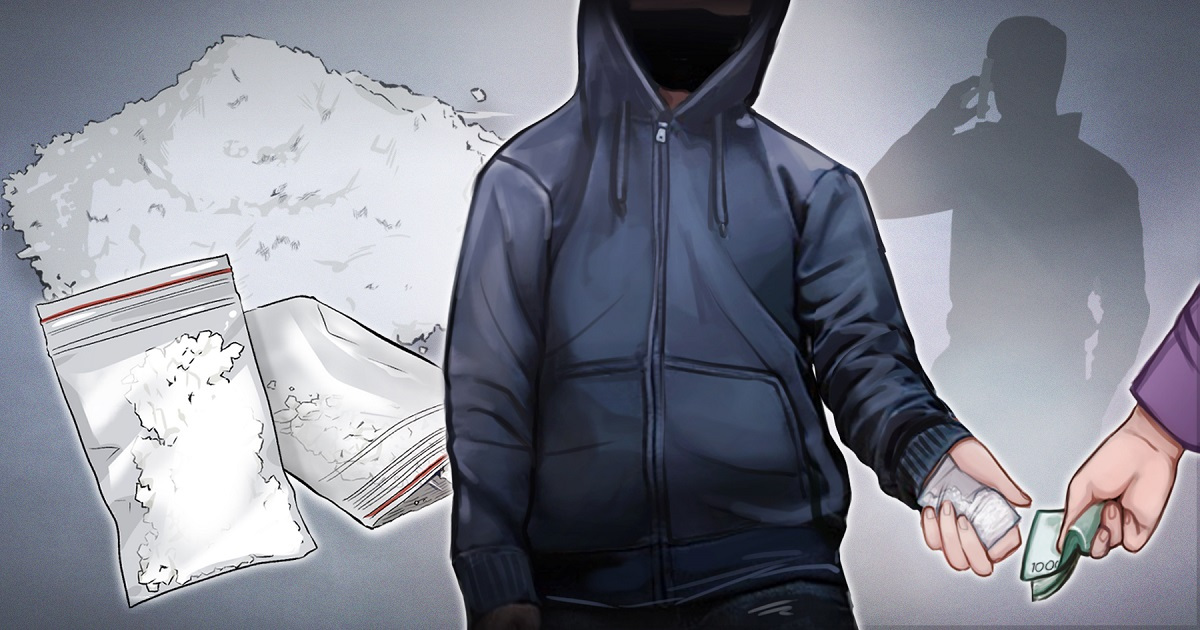 Experts urge the government must act now by establishing a safety net for the vulnerable and educate students of the risks associated with illicit substance use.

South Korea has yet to introduce drug prevention curriculum at schools, said Kim at the KAADA.

“It was only recently that lawmakers have begun work to amend the law for schools to adopt drug prevention curriculums,” Kim said.

“But honestly, the move is failing to garner much attention and support from students and parents alike.”

In the US, which has faced a major drug crisis among youth, schools nationwide adopted its Drug Abuse Resistance Education program from the early 1980s in a collaborative effort with law enforcement there. The program was later upgraded in 2009 due to criticisms of its ineffectiveness, yet it served as a cornerstone for a slew of advanced teen drug education programs that followed.

It was only last month that the ruling People Power Party's Rep. Lee Tae-kyu proposed a bill that would make drug prevention programs a mandatory part of curriculum in schools nationwide here.

Alongside necessary education programs, experts called for parents, educators and others to be more supportive and open-minded toward teens seeking help from drug addiction.

“The chances of Korean drug offenders returning to prison within three years of their release is an average 40 percent, which is higher than most other crimes,” Professor Chung said.

“We need a better rehabilitation system for drug offenders and addicts. In Korea, drug offenders are shunned from society -- employers refuse to hire them and there’s not enough hospitals that would accept them.”

Lackluster data is also standing in the way.

The most solid data on teenage drug use is annually compiled by prosecutors, but the majority of teen drug users are let off easily as first-time offenders by police, with the case ultimately failing to alert prosecutors in the first place, according to Kim.

Noting this, Korean authorities including the Education Ministry pledged last month to launch an investigation into the overall drug usage of minors next year.

“Of the some 1,000 participants in our state-run rehabilitation program that we receive annually, only 10 percent are minors,” Kim said.

“We believe there are more, but it is difficult for them to open up and reach out for help in this society.”