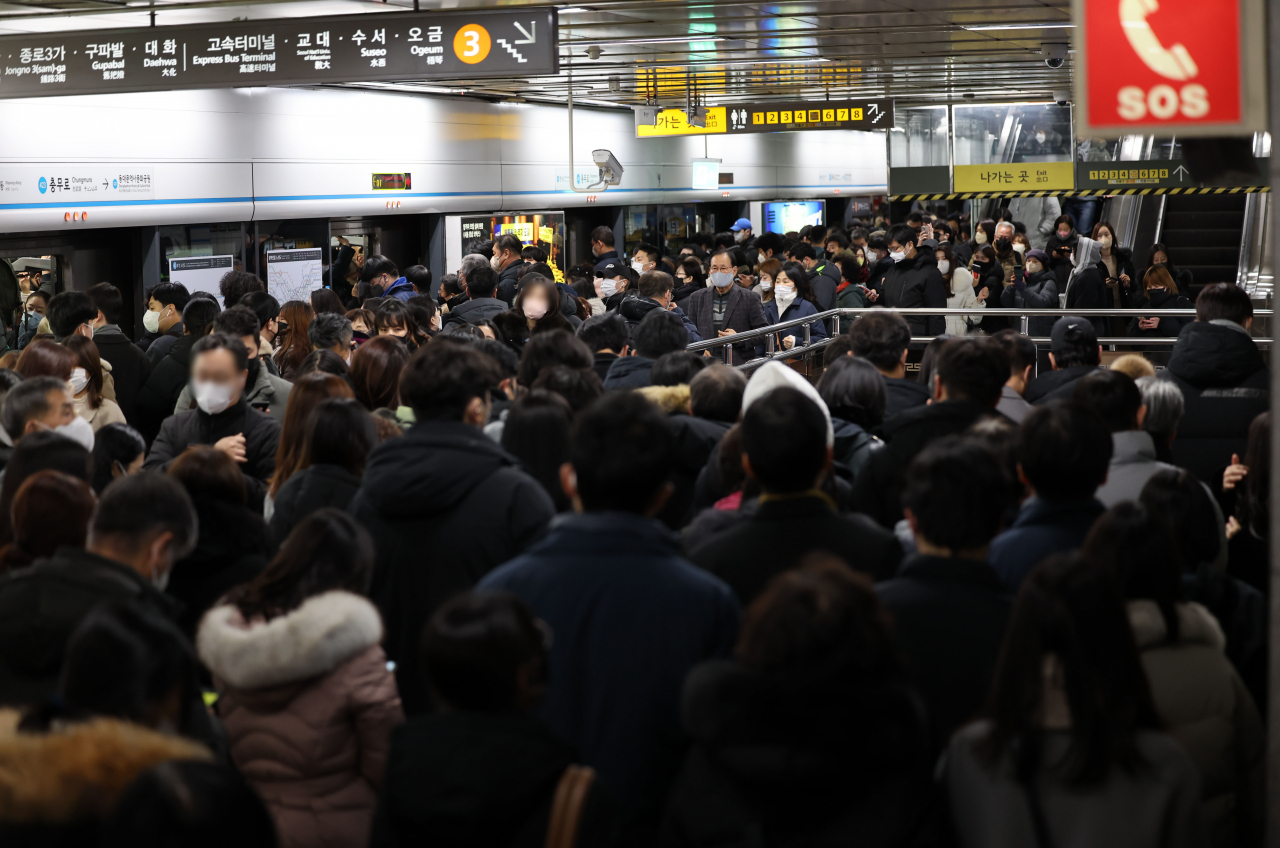 This file photo shows a jam-packed Chungmuro subway station on Thursday evening on Line No. 3 and No. 4. (Yonhap)

The labor union of the main operator of the Seoul Metro Lines No. 1, 3, 4 and Korail agreed to the complete withdrawal of the walkout on Thursday after hours-long labor-management negotiations took place at Korail’s Seoul office.

The two sides shook hands over higher wages and better working conditions, steering clear of a possible disruption in public transit services in the greater Seoul area and avoiding what could have been the first walkout in three years since November 2019.

The strike was initially scheduled for 9 a.m. on Friday as the Korean Railway Workers’ Union demanded a wage hike of 187,000 won ($143) per month, a transportation promotion system and maintaining the current criteria for performance-based payment. The labor union also demanded that the company follow the court’s ruling to pay ordinary wages that don’t include labor costs.

The first round of talks went up in smoke as the union refused to accept the management’s downsize plans and walked on strike on Wednesday at 6:30 a.m. While the union called for more, Korail said the union’s demands were beyond the scope of the company’s authority.

According to the deal clinched on Friday, Korail agreed to devise a plan to solve the issue of ordinary wages by coordinating with the finance ministry. The deal also includes providing better working conditions, which stemmed from the death of one rail worker in Uiwang, a city in Gyeonggi Province.

Management agreed to provide better working conditions following the death of one rail worker in Uiwang, 25 kilometers south of Seoul. The worker was killed trying to connect and separate cargo trains at Obong Station in Uiwang on Nov. 1.