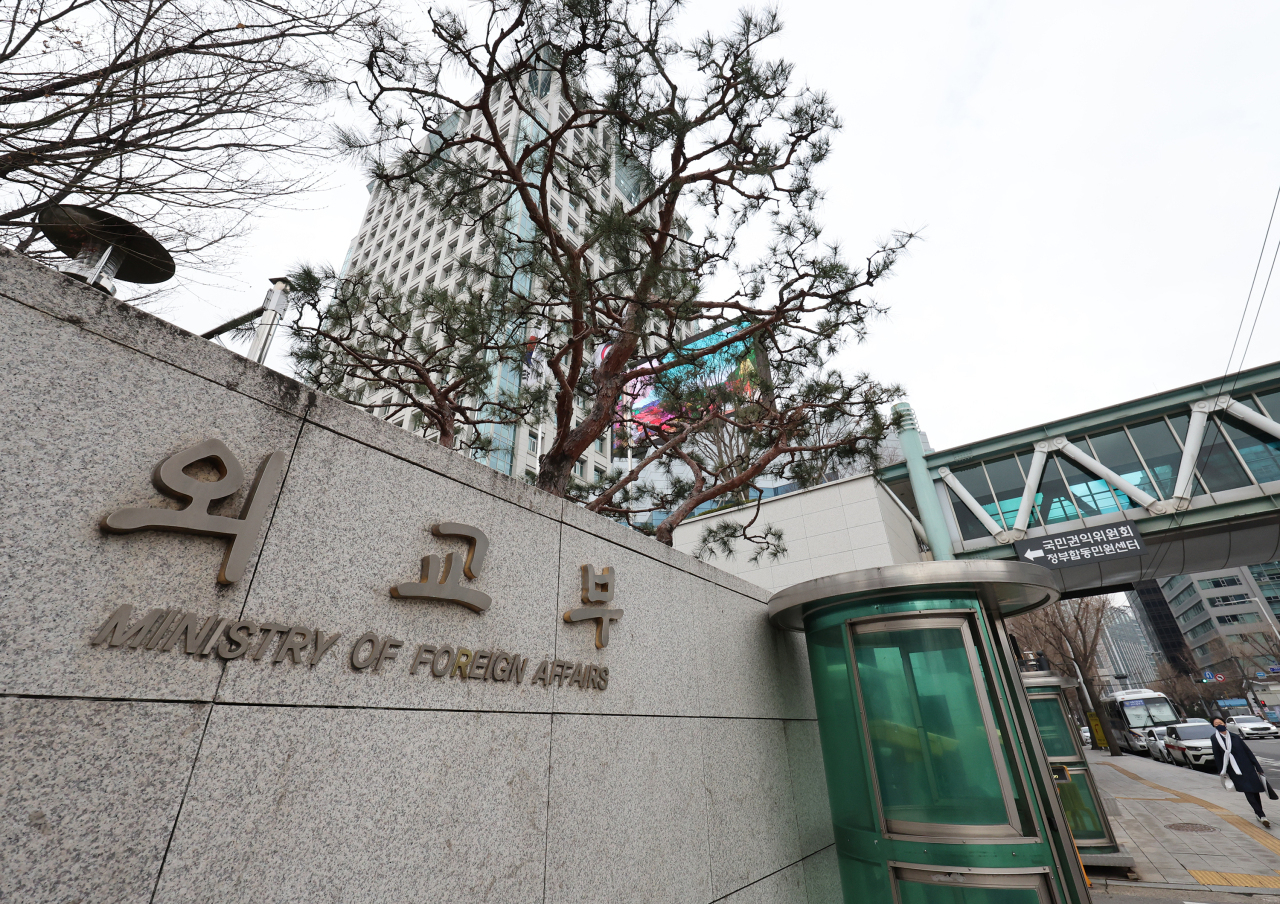 The Ministry of Foreign Affairs (Yonhap)

Seoul has decided to impose independent sanctions on eight North Korean individuals and seven institutions involved in the secretive regime's nuclear and missile development programs, according to the foreign ministry.

Those added to the blacklist include officials at financial institutions related to the North's nuclear and missile programs, and those involved in illegal ship-to-ship transfers of sanctioned North Korean goods, it said in a press release.

The ministry cited its resolve to deal resolutely with the North's saber-rattling, including the Nov. 18 firing of an intercontinental ballistic missile, which poses a "serious threat" to the peace and stability of the peninsula and the international community.

It marked the South's second round of sanctions on the North since the launch of the conservative Yoon Suk-yeol administration in May.

Hours earlier, the US Department of Treasury said it has designated three senior North Korean members of the ruling Workers' Party as individuals connected to the country's weapons development program. (Yonhap)