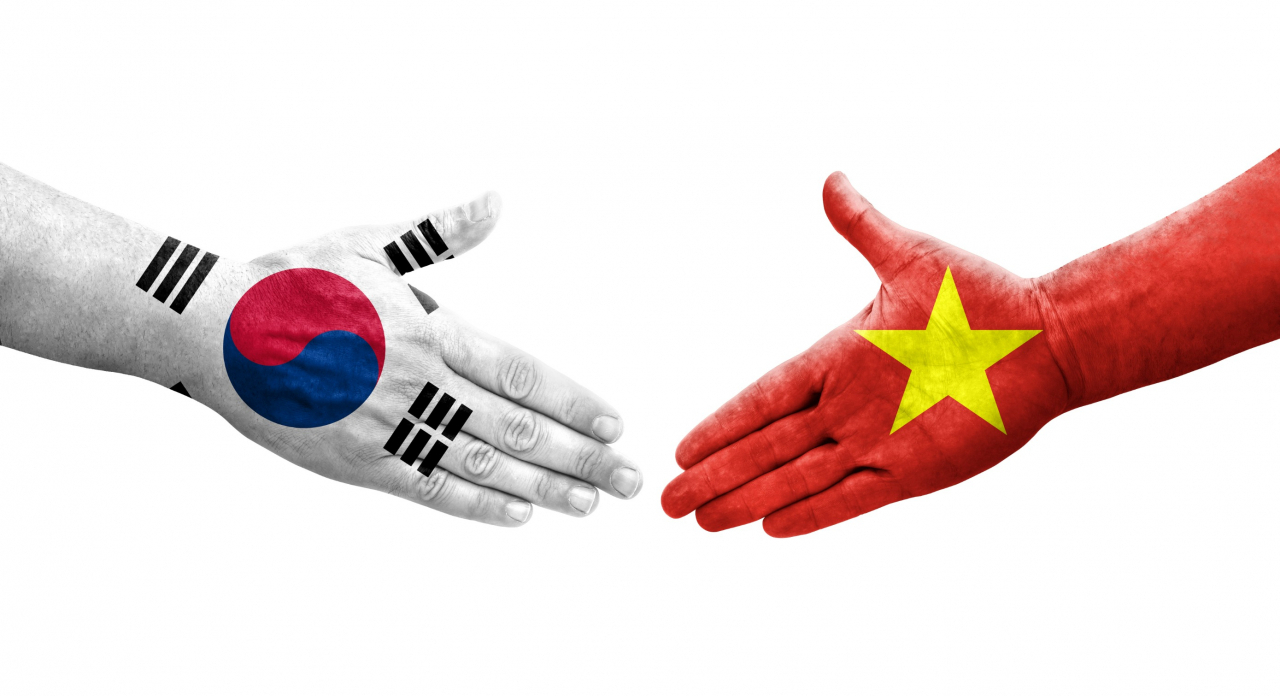 President Yoon Suk-yeol will meet with Vietnamese President Nguyen Xuan Phuc in Seoul on Monday to elevate their 30 years of diplomatic ties, as South Korea looks to expand its reach into Southeast Asia.

During Phuc’s three-day state visit that starts Sunday -- the first of its kind Yoon will be hosting since he came to office in May -- the two leaders will discuss a number of topics from security and business to any other issues that need immediate attention, Yoon’s office said in a statement released Thursday.

The visit involves a summit and working-level talks -- all of which will take place after an official welcome ceremony held Monday, according to the statement.

Vietnam is increasingly seen as a vital link to Southeast Asia for countries seeking greater engagement with the region. The escalating tech fight between the US and China has increased the strategic significance Hanoi wields as an alternate sourcing destination, potentially replacing Beijing.

“Hanoi is a key partner in our plan to strengthen solidarity with ASEAN countries,” Yoon’s office said, describing the state visit as an opportunity to boost ties to the next level.

A business forum will bookend Phuc’s trip, bringing about some 300 Korean and Vietnamese businesspeople to Seoul, with major Korean corporate chiefs taking part in the event. Projects involving building nuclear reactors and smart electricity grids in Vietnam are likely to be on the agenda, according to one source with knowledge of the matter. He declined to be identified, saying the agenda was still being debated with room for last-minute changes.

The next week, a similar gathering -- cohosted by Herald Corp., the Korea International Trade Association and Vietnam Chamber of Commerce and Industry -- will take place in Hanoi. The meeting will be more expansive, with participants exchanging not only business proposals but their impact on the future.

For example, the forum will look into how the global economy should adapt to a changing environment that demands strategies more conscious of the latest worldwide campaign addressing environmental, social and governance problems for sustainable growth.

Meanwhile, Yoon is also expected to discuss his Indo-Pacific strategy with his Vietnamese counterpart. The policy underscores a rules-based order and resists unilateral attempts to change the status quo by force.

The aim is to build a “free, peaceful and prosperous” region, though critics have dismissed the entire campaign as parroting the US, which is seeking a “free and open” region that respects international norms as part of broader efforts to put checks on an increasingly assertive China.

It remains unclear how much meaningful support Hanoi would deliver to Seoul. Vietnam and China are the world’s last five countries ruled by communist parties. The other three are North Korea, Laos and Cuba.