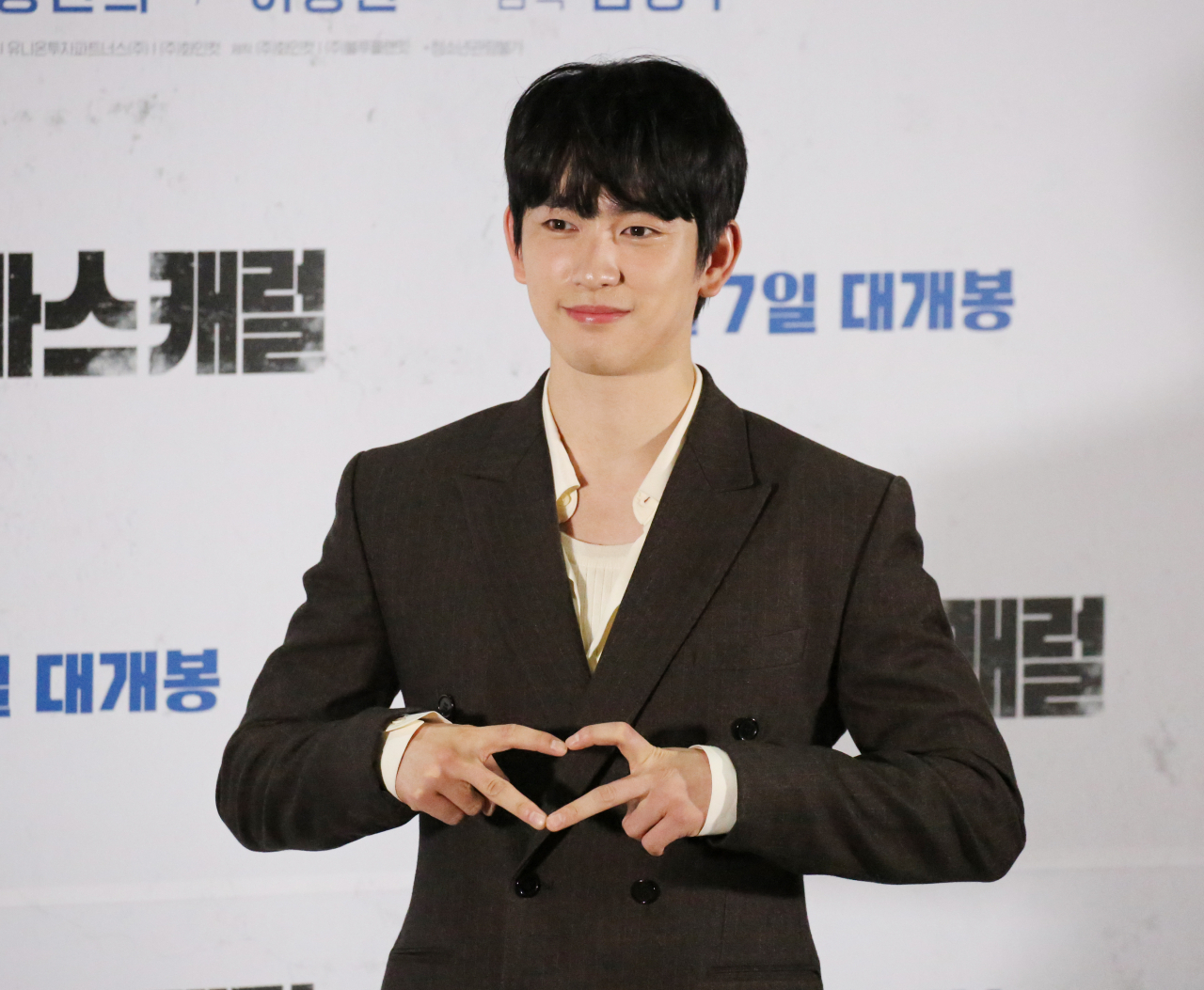 Singer and actor Park Jin-young, who played a sweet boyfriend in the series “Yumi’s Cells,” returns as a boy seeking bloody revenge in the upcoming thriller film “Christmas Carol.”

Based on the novel of the same title by Ju Won-kyu, the film revolves around Il-woo who voluntarily enters a juvenile detention center to exact revenge following the death of his twin brother, Wol-woo. Il-woo suspects his brother was murdered after a brutal confrontation with a juvenile detention gang on Christmas Eve.

Park plays both the resentful boy and his twin brother, who is mentally handicapped.

“As I had to play two totally different characters, I was a bit anxious and uncertain about whether I was doing it right or not. I knew there were no correct answers but still, I wanted to portray the characters in the script. I hope the audience sees that Il-woo and Wol-woo are two different people,” said Park during a press conference for the film held at Megabox Coex, Tuesday. 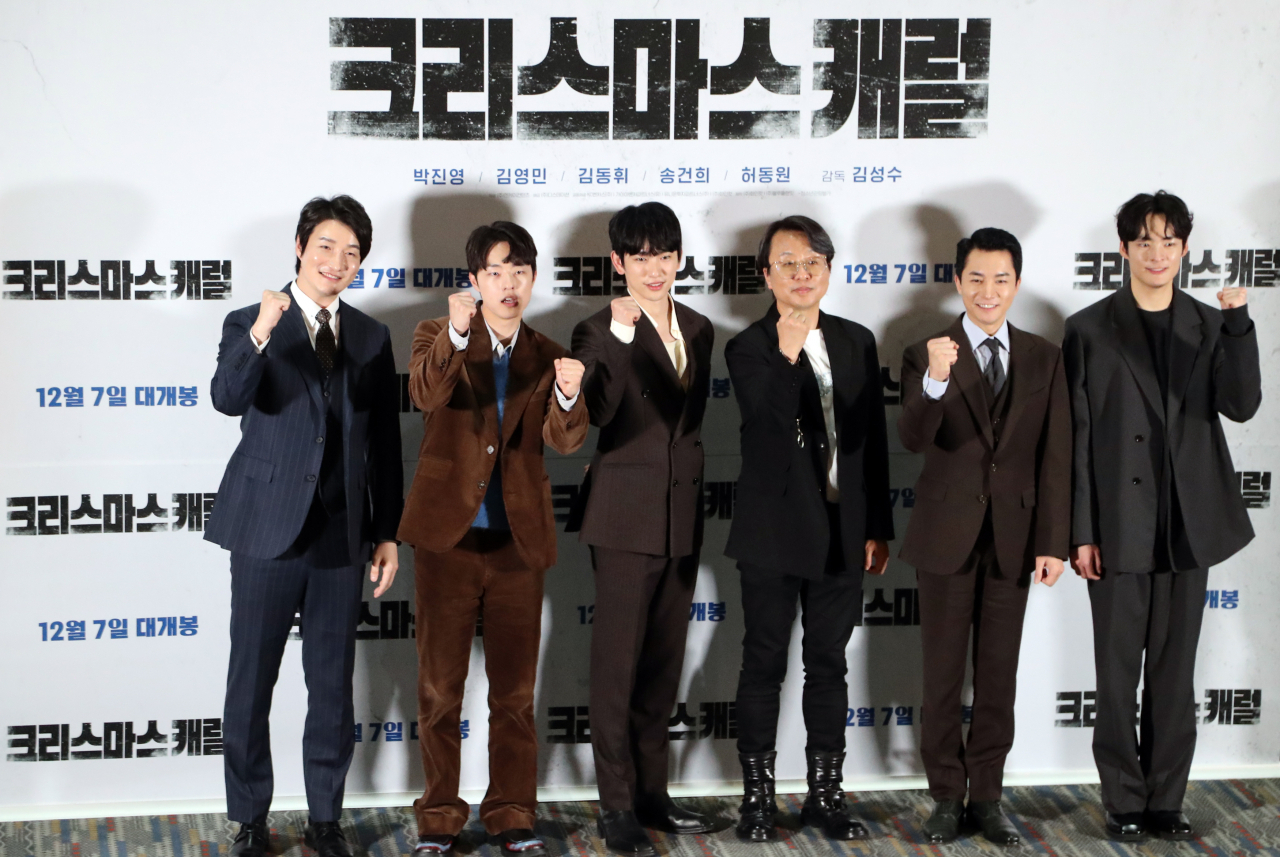 The film is directed by Kim Sung-soo, the director behind season 1 of the thriller series “Save Me” (2017) and the action thriller film “Running Wild” (2006).

“When I first read the story, I thought about people who are marginalized and unprotected in our society, like Il-woo and Wol-woo. Il-woo has a face of overflowing uncontrollable anger, and (Wol-woo) has that smile of someone who doesn’t want to smile but needs to,” said Kim.

For the screen adaptation of the book, the director said he wanted to particularly shed light on the victim's -- Wol-woo's side of the story in this case -- which he feels is usually ignored in a revenge film.

“In this movie as well, Il-woo was able to jump in to take revenge because he has the physical capability that his brother doesn't have," said Kim.

So it is through Il-woo that the movie shows the circumstances in which victims are placed.

"It is interesting to see how Il-woo recognizes the victim's situation as he finds out certain truths and encounters unexpected events and eventually recovers his humanity that he never had," he added.

Playing the vengeful character riddled with anger and guilt, Park is at the center of bloody violence as inmates and the teachers fight among themselves as well as each other over hierarchy.

Even amidst all the action scenes, Park and Kim said they focused on conveying emotions.

“I think emotions came first in the (action) scenes. The action scenes were more ‘raw’ than ‘being cool.’ Il-woo had that one goal of revenge and he got to a point where he couldn't quit anymore," said Park.

Kim added, “While filming, we kept in mind that what we were filming was not an action scene but ‘violence.’ And these scenes were intended to be uncomfortable rather than exciting.”

“I thought I should follow the actors’ emotions and have the camera close to the actors’ faces to show that.”

Joining the cast are Kim Young-min, who plays a counselor at the juvenile center; Kim Dong-hwi, who won the best new actor at Blue Dragon Film Awards on Nov. 25; Song Geon-hee and Heo Dong-won.

“Christmas Carol” is set to be released on Dec. 7.