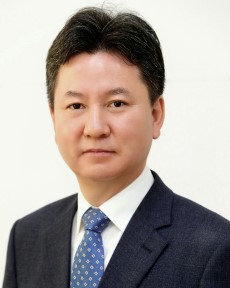 The Organization for Economic Cooperation and Development launched the results of its Trust Survey last July. A total of 22 member countries including Korea voluntarily participated in the survey which showed that just over 4 in 10 people trust their national government. The survey also highlighted that trust in government matters and helps governments respond to the major challenges such as health and economic crises, inequalities and climate change.

Korea ranked seventh in the survey of trust in national government. Korea also ranked first in several areas: the likelihood of a public service to be improved if many people complained, the likelihood of a national policy to be changed if over half of the people clearly express a view against it, the likelihood of the government to adopt the opinions expressed in the public consultation when reforming a major policy area and how much the political system allows citizens to have a say in what the government does. This survey was conducted by a public opinion and data company, YouGov, hired by the OECD and more than 2,000 Korean citizens participated in the survey.

The OECD Public Governance Committee Ministerial Meeting took place in Luxembourg from Nov. 17 to 18. As the head of the Korean government delegation, I participated in the meeting taking place under the theme of "trust" and "democracy." OECD member countries discussed ways in which we could respond to mis- and dis-information, enhance representation, participation and openness, govern green and pursue digital democracy. To better understand the drivers of trust in government, OECD member countries decided to conduct a trust survey biennially starting from 2023. The OECD will also launch the DIS/MIS Resource Hub in a way to respond to mis- and dis-information and develop OECD guidelines on transparency and integrity in climate and other environment-related lobbying. All these plans are stipulated in the Ministerial Declaration which was adopted unanimously at the meeting.

Trust is an essential value for future-oriented reforms as well as urgent issues. Then, how can governments enhance trust?

The Korean government finalized the Government Innovation Strategy at a Cabinet meeting last October. With a vision of "a competent, trustworthy government," the strategy has three priority areas that are promised to citizens. First, the government will proactively provide public services that citizens need through various government platforms such as Good Secretary for Citizens and Welfare Membership. Second, the government will communicate with citizens and cooperate with the private sector to reflect their voices in policymaking. Lastly, the government will seek to address pressing challenges with data-based governance effectively, competently and in a holistic approach. These promises to citizens were also shared with OECD member countries at the ministerial meeting.

According to the OECD, “it took about a decade for trust to recover from the 2008 crisis.” When trust in government is diminished globally, we need international cooperation and solidarity to collectively increase it. I hope that the Korean government’s innovation efforts can lead the way to increasing trust both at the national and global level.

Han Chang-seob is the vice interior and safety minister. Views expressed in this article are his own. -- Ed.