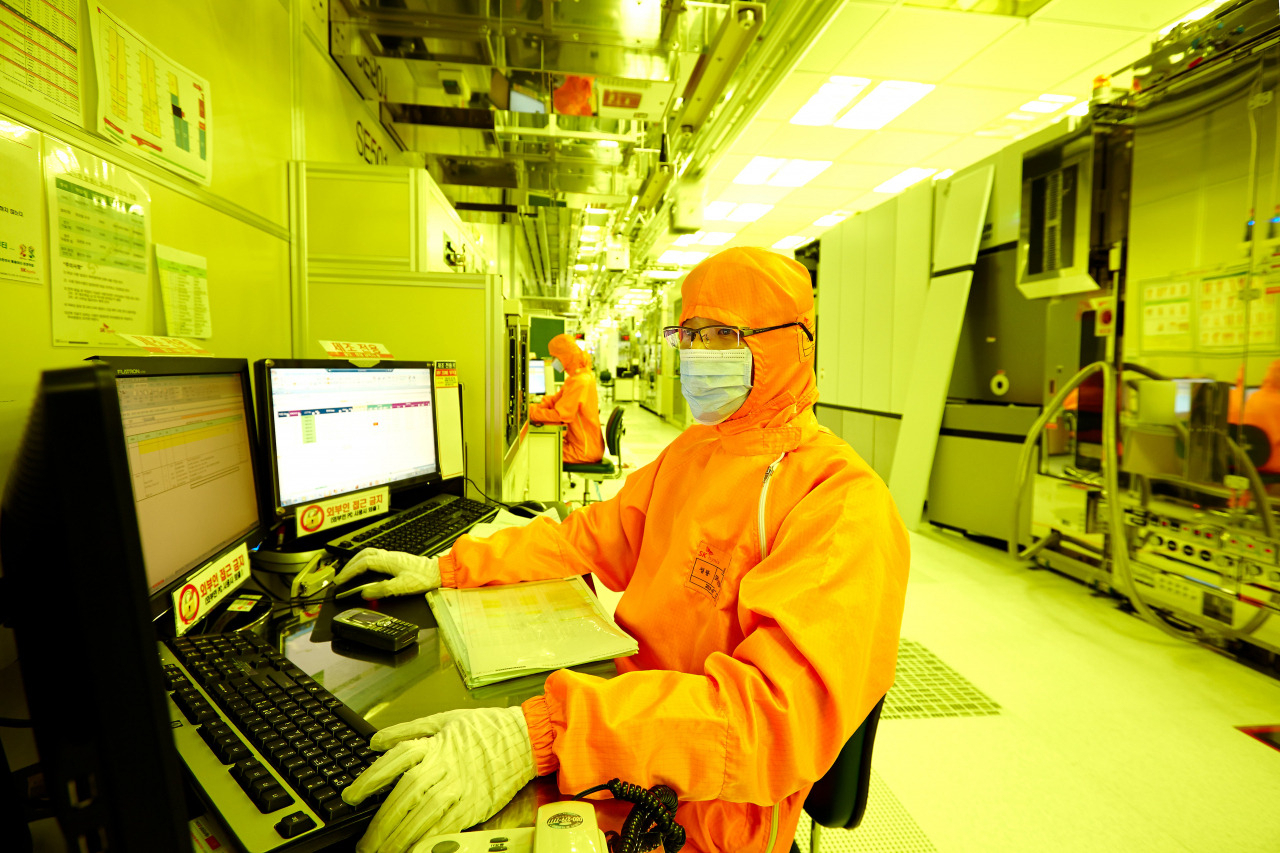 An employee works inside a semiconductor chip plant of SK hynix in this undated photo. (SK hynix)

South Korea is heavily reliant on China for its semiconductor exports, and it should diversify its overseas markets to mitigate associated risks of decline in trade with the neighboring country, a report said on Monday.

According to statistics released from the Korea International Trade Association, South Korea’s semiconductor exports to China from January to September was $42 billion, rising 1.7 percentage points from the previous year becoming 40.6 percent of the country's total volume chips exports.

As Korea's reliance on the Chinese market increased during that period, its accumulated chips export showed a decline of 16.3 percent. This appears to have affected the country's total chips export by decreasing 19.1 percent on-year, according to the trade association.

The export ratio did increase with countries such as Singapore (4.3 percent), Taiwan (9.4 percent) and the European Union (3 percent), but the margins of increase all recorded in the range of 1 percentage point.

Market observers say it is important for the country to foster system semiconductors that are seeing increase in demand in the US and Europe.

"As our (South Korea's) chip industry is largely centered on memory semiconductors, its (sales) responds sensitively to the economic situation of the importing country," Jang Sang-sik, a researcher at KITA said.

"South Korea would be able to diversify its markets if it can diversify its export products, and foster the logic chips industry, which is high in demand in the US and Europe."