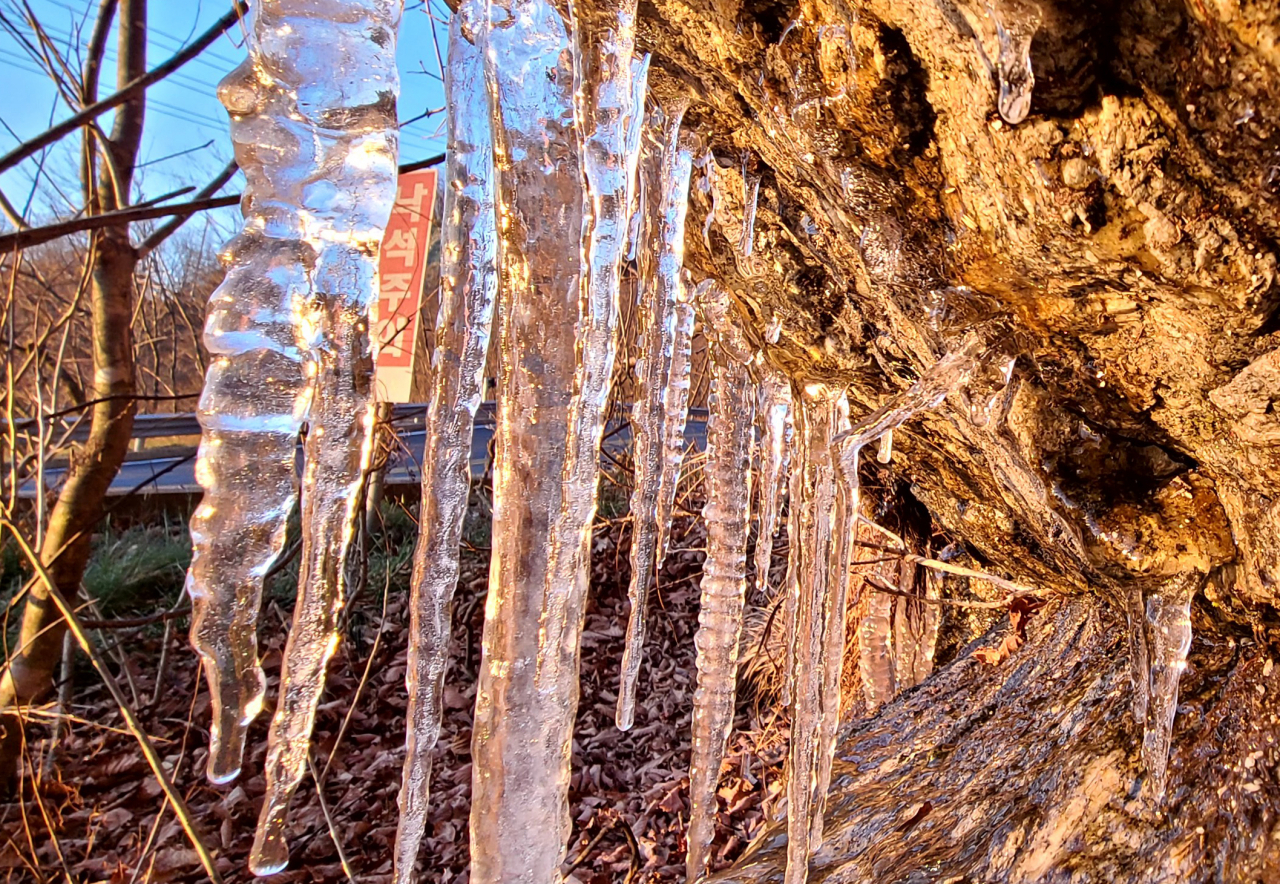 Icicles hang long on the rocks next to the Daegwallyeong Road on Sunday when the morning temperature in the region fell to minus 7.1 degrees Celsius. (Yonhap)

Forecasting the heavy rain followed by strong cold wave to hit the country from Monday, the Korea Meteorological Administration predicted that this winter will be colder than usual, although it will not break records.

"Strong low pressure will pass through Korea from Monday to Tuesday, bringing heavy downpour across the country. After the rain stops, cold continental high atmospheric pressure will expand from Wednesday, causing sub-zero temperature until Friday,” the weather agency said at a briefing Sunday.

The rain is expected to begin in the morning in Gangwon Province, inland Chungcheong Province, Jeolla Province and western Gyeongsang Province. It will spread nationwide in the evening, mostly ending Tuesday morning.

About the exceptional warm November, the official from the weather agency explained that it was due to the flow of warm air inland from the west, instead of the usual cold air from the north.

"In winter, cold air comes in from the north. However, this time, the intensity of the cold air coming down from the north was weak, and the conditions for the cold air current were not suitable. But warm air from inland China, which was hotter than usual, were pushed in by the westerly wind," said Woo Jin-kyu, a weather official.

"After the rain on Monday and Tuesday, large scale cold air will come down from the north, and temperature will drop sharply," added Woo.

Cold wave warnings can be issued throughout the country, as the lowest temperature in Wednesday morning across the country will fall below minus 5 degrees Celsius, along with strong winds, he said, urging thorough preparation.