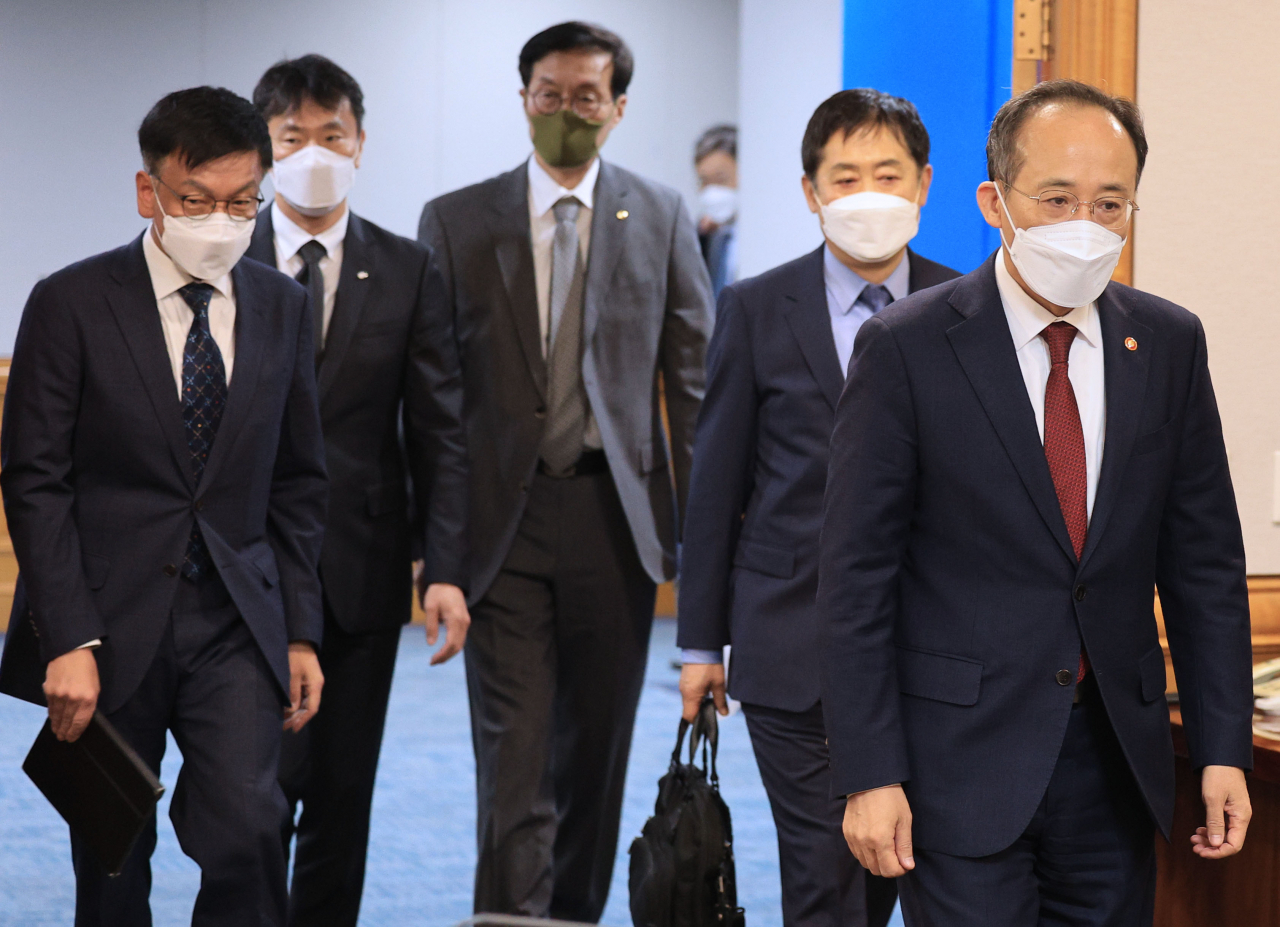 During their first one-on-one meeting, the officials reviewed difficulties in the real economy weighed down by high prices, interest rates and the weak local currency, and agreed on close consultations to help overcome challenges, according to the Ministry of Trade, Industry and Energy.

Last week, the BOK raised its policy rate by a quarter percentage point to 3.25 percent to tame inflation. It marked the sixth straight interest hike for the first time ever.

High energy prices and supply chain issues over the Ukraine war have also led to the country's widening trade deficit in recent months.

The central bank lowered its growth outlook for next year to 1.7 percent from 2.1 percent predicted three months earlier. (Yonhap)