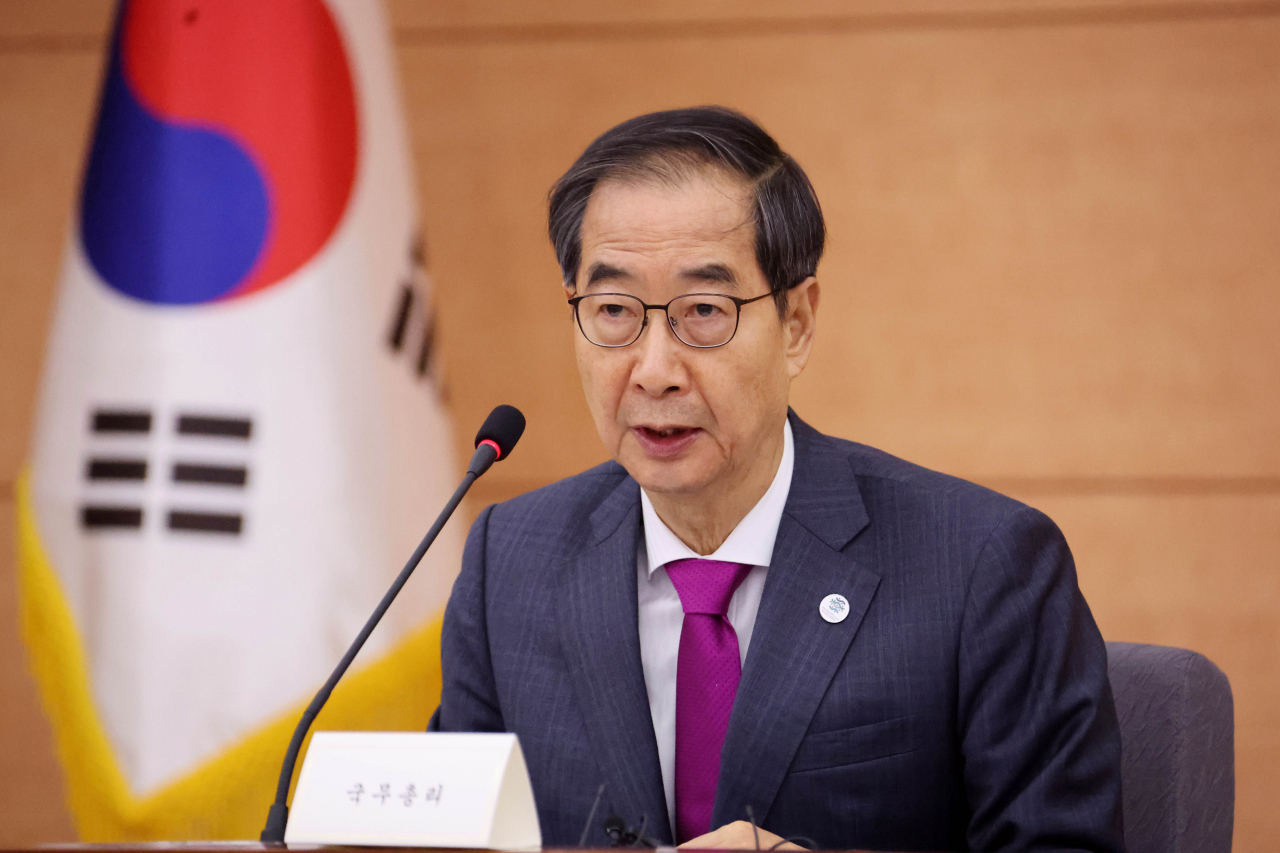 Prime Minister Han Duck-soo presides over a meeting of the civilian-government task force on harmful air pollutants at the government complex in Seoul last Friday. (Yonhap)

Prime Minister Han Duck-soo departed for Paris on Monday to rally international support for South Korea's bid to host the 2030 World Expo in its southern port city of Busan.

Han is set to attend the 171st General Assembly of the Bureau International des Expositions, an intergovernmental body in charge of overseeing the Expo, on Tuesday.

During the assembly, Han is scheduled to give a presentation, outlining the government's vision to host the Expo in Busan and help produce solutions to various challenges facing humanity, including climate change, technological gaps and inequality, his office said.

"In Paris, we will also conduct negotiation activities for BIE members in Europe and Africa," Han said in a Facebook post shortly before heading for Paris.

From Paris, Han will travel to Mozambique on Wednesday for a two-day visit. He will pay an official visit to Ghana for three days starting Thursday.

In both African nations, the prime minister is expected to continue to push for support for South Korea's bid to host the 2030 World Expo. (Yonhap)