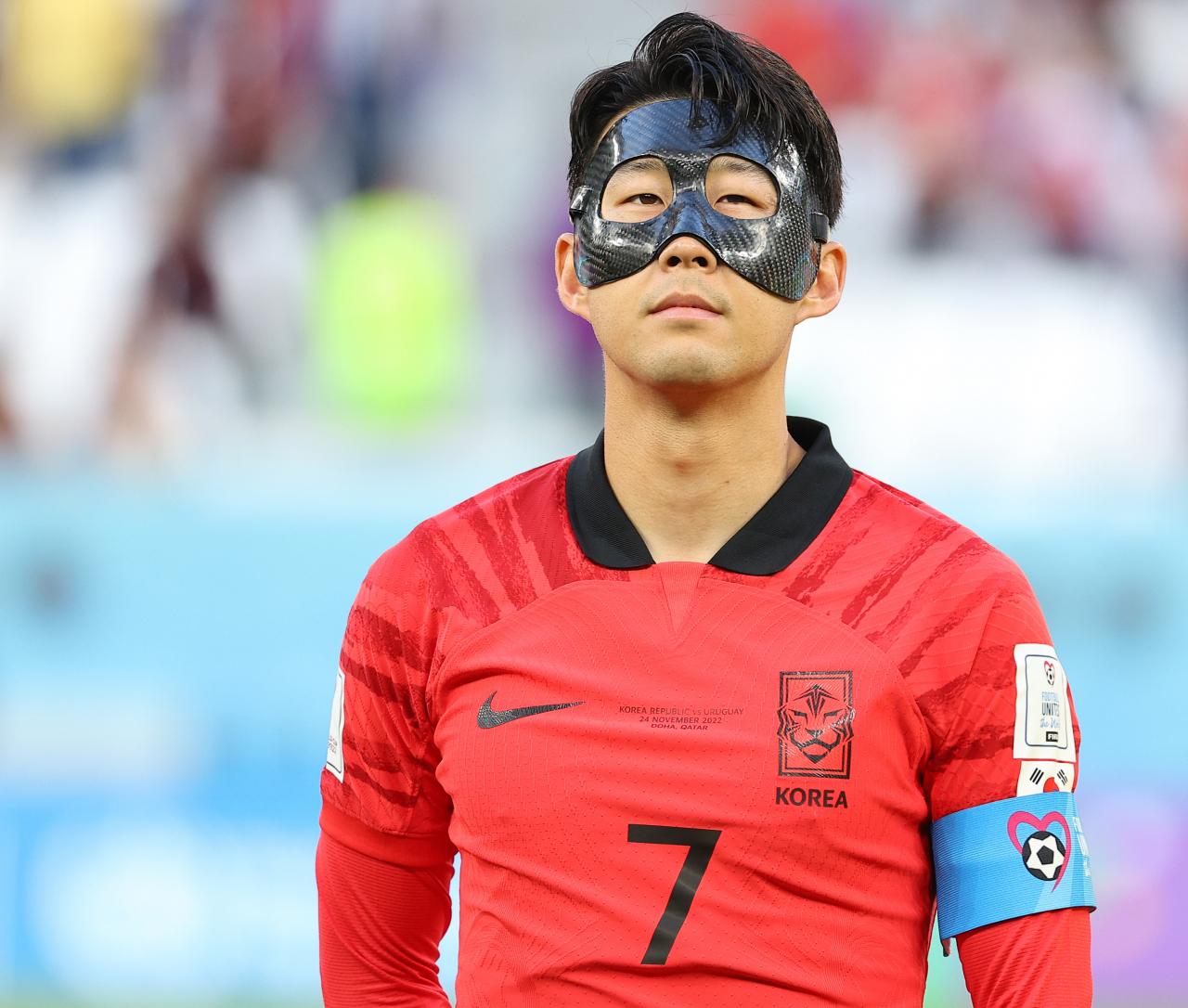 South Korean captain Son Heung-min waits for the start of the team's Group H match against Uruguay at the FIFA World Cup at Education City Stadium in Al Rayyan, west of Doha on Thursday. (Yonhap)

DOHA -- Well before the end of the group stage, Asian teams have already tied the record for most victories at a single FIFA World Cup. South Korea will try to pick up the record-setting win when they face Ghana in their second Group H match on Monday.

There are six members of the Asian Football Confederation in action at this year's World Cup, with the host Qatar joined by qualifiers South Korea, Japan, Iran, Saudi Arabia and Australia.

Qatar have already been eliminated from knockout contention with two consecutive losses, but four of the five qualifiers have notched a victory each, with South Korea as the exception.

South Korea and Japan were co-hosts of the 2002 competition, and they each posted two victories.

Eight years later in South Africa, Japan picked up two wins, while South Korea and Australia had a win apiece.

In 2018, South Korea, Japan, Iran and Saudi Arabia each recorded a W.

This year, Saudi Arabia got the ball rolling for the AFC by shocking Argentina 2-1 on Tuesday. Japan followed that up with their own upset, beating Germany 2-1 the very next day.

Iran then blanked Wales 2-0 on Friday before Australia also got into the win column on Saturday.

South Korea had a goalless draw with Uruguay in their first Group H match Thursday and will take another crack at a win on Monday against Ghana.

Japan may have the honor of breaking the AFC wins record on Sunday, when they play Costa Rica, who suffered a 7-0 loss to Spain in their first Group E match.

Other than Qatar, the five other AFC teams are still alive in their pursuit of knockout berths, with the top two teams from each group progressing to the last 16.

Saudi Arabia are in third in Group C with three points. Argentina also have three points but have a plus-one goal difference, compared to minus-one for Saudi Arabia.

In Group E, Japan are tied with Spain at the top with three points after one match.

A victory over Ghana will also take South Korea a step closer to the round of 16, with Portugal being their final Group H opponent on Friday.

The AFC has never had more than two countries in the knockouts at a World Cup. That has happened twice, in 2002 and in 2010. On both occasions, South Korea and Japan represented the AFC in the knockout stage. (Yonhap)