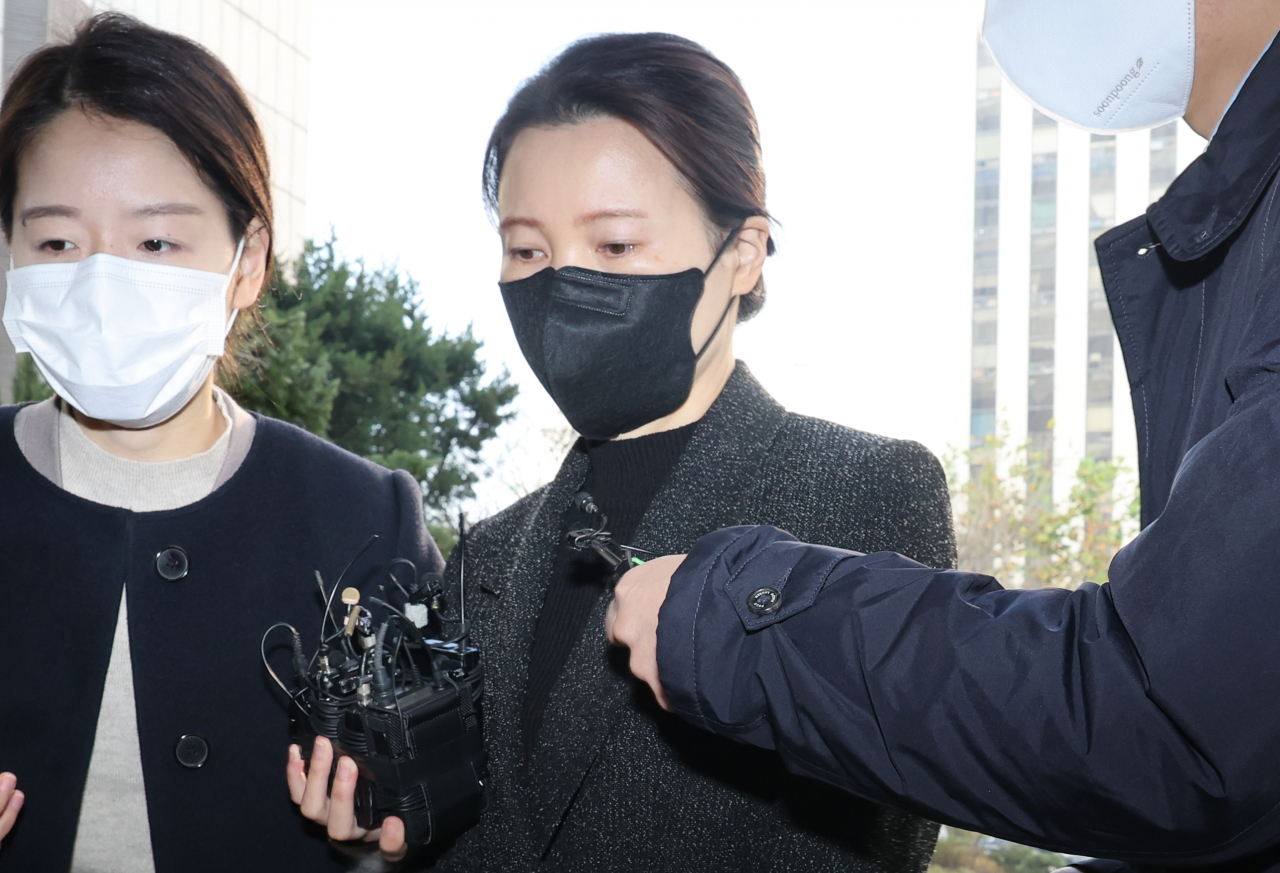 Police brought in two emergency monitoring officers for questioning Friday as part of their widening investigation into the bungled response to the crowd crush in Seoul's Itaewon neighborhood.

Former senior emergency monitoring officer at the Seoul Metropolitan Police Agency (SMPA), Ryu Mi-jin, appeared before a special investigation team in western Seoul as a suspect. She has been booked on a dereliction-of-duty charge.

Ryu is under suspicion of failing to promptly understand the situation on Oct. 29, resulting in the deaths of 158 people, mostly those in their 20s.

Jeong, who is also booked for investigation, is under suspicion of belatedly reporting the situation to Ryu on the day.

The special investigation team, meanwhile, said it has temporarily concluded that Lee Im-jae, who formerly headed Yongsan Police Station covering the Itaewon district, did not request an additional police force.

Lee, who is also temporarily suspended from his post, earlier said he had requested the SMPA to dispatch more police officers for a safety mission during the Halloween period.

Lee, who underwent questioning for the investigation twice, has been booked on charges of professional negligence and manslaughter by negligence resulting in the deaths.

Choi Seong-beom, chief of the Yongsan Fire Station, is set to appear for questioning Saturday for the second time.

Choi, who has been booked on charges of professional negligence, is accused of inaction in the face of police requests for a joint response.

Later in the day, investigators raided the National Fire Agency on suspicion that it created false documents related to emergency rescue operations.

The special investigation team said it sent 22 investigators to the agency in the central city of Sejong to seize mobile phones, documents and electronic data related to the Itaewon tragedy.