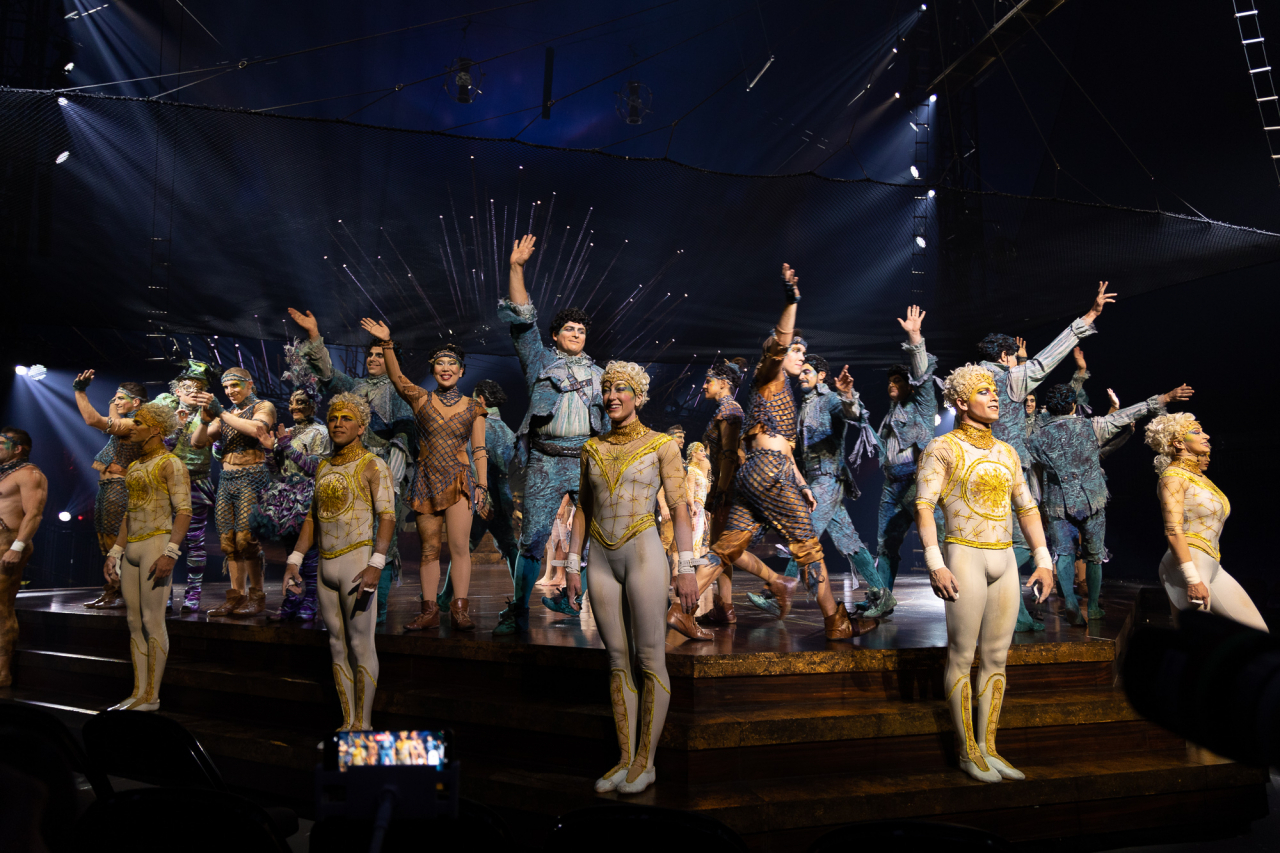 Cast members of "Alegria: In a New Light" perform during a press conference in Seoul on Thursday. (Mast Entertainment)

"Alegria," a long-running contemporary circus production by Cirque Du Soleil, unveiled its brand-new version on Thursday in Seoul under the Big Top set up at Seoul Sports Complex in Jamsil, eastern Seoul.

“Everything in the show is reimagined, except we kept the music because the music is essential and a very big part of the success of 'Alegria,'” Michael G. Smith, artistic director of the show, told reporters during a press conference on Thursday, adding that “if you think you’ve seen 'Alegria' before, you have not.”

Alegria, meaning joy in Spanish, was first introduced in 1994 and toured 255 cities in 40 countries attracting 14 million visitors for 19 years.

To commemorate the 25th anniversary of the company’s foundation, a new version was introduced in 2019 to incorporate all the changes in technology and acrobatic evolution over the last few years. Then it went through another makeover during the unexpected COVID-19 pandemic, resulting in a version that changed everything except the original inspiration and the music.

"When the show was created in 1994, (the original creator's) reason for developing the different families that we have in the show was the advancement of the internet. (The original producer) was very interested to see how the internet was going to separate generations back in 1994," the artistic director explained. "We are in a different time now, but there is that same idea, coming out of the pandemic, of how not just generations were impacted, but the entire world. This idea of how to create unity when it does not exist." 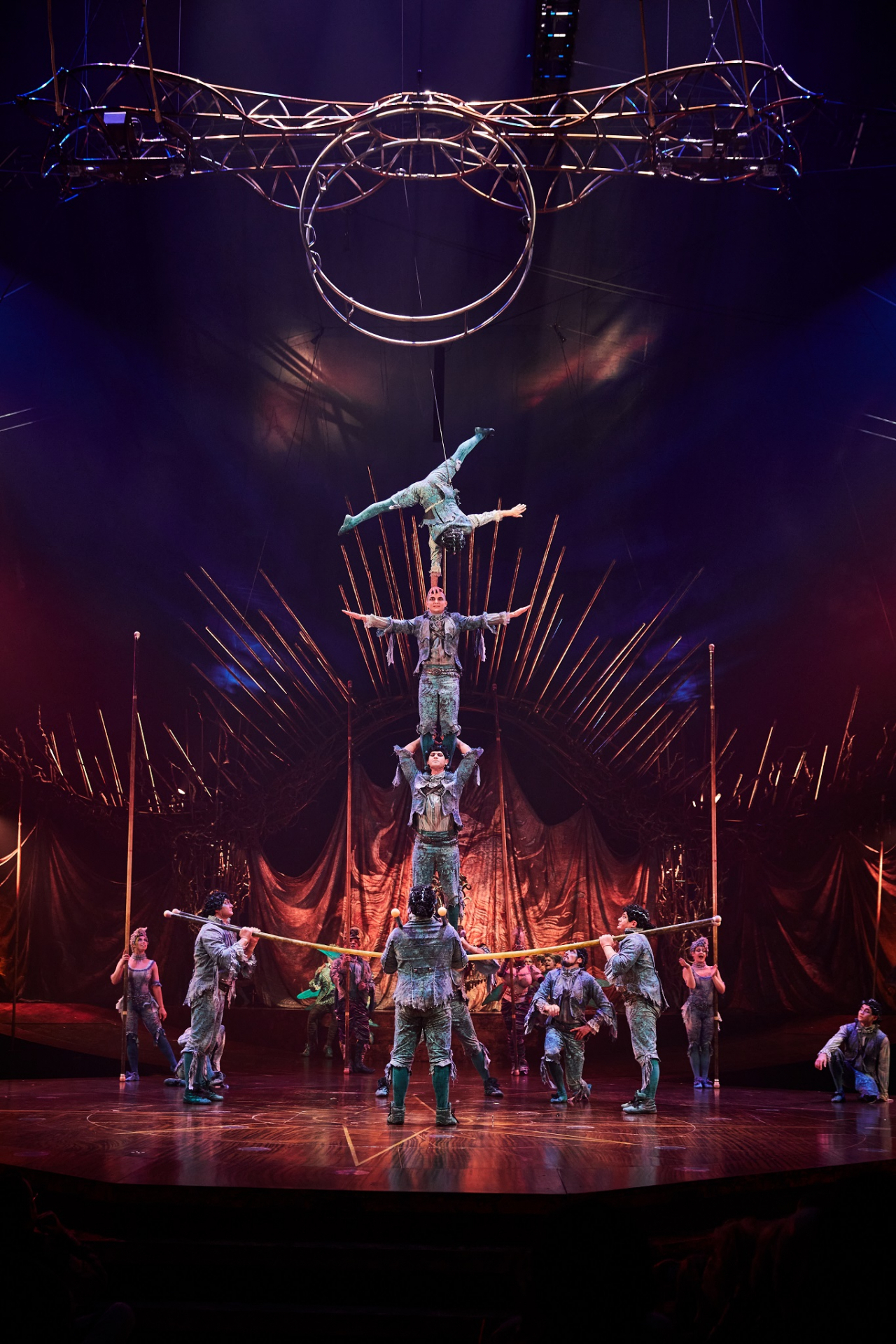 Cast members of "Alegria: In a New Light" perform during their show. (Mast Entertainment)

The show features various dynamic acts including a fire knife dance, a team of flying trapeze artists, a German wheel, acro poles, aerial straps and hand balancing to depict a story of a hopeful generation striving to overthrow an oppressive old guard led by Mr. Fleur, a fool who steals the throne in the absence of a king.

The show brings together an international group of 53 performers from 19 countries, ranging from a married trapeze artist couple who both are descendants of generations of circus artistry -- Ammed Tuniziani and Estefani Evans -- and two-time winner of World Fireknife Championships, Falaniko Solomona Penesa.

The return of "Alegria" to South Korea marks the first international tour outside North America. After almost a two-year hiatus, the show came back in November last year as the first Cirque Du Solei show to return.