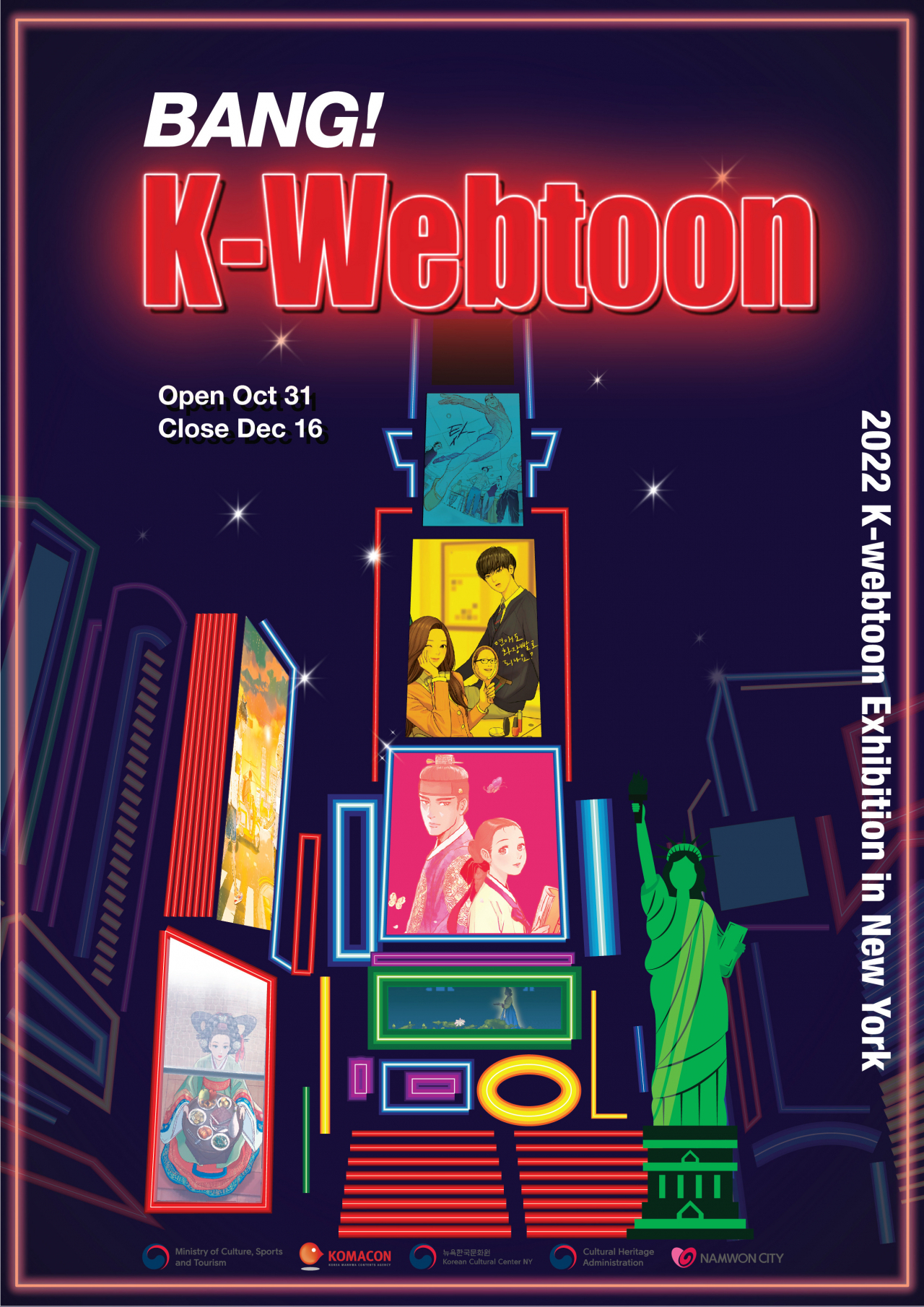 Korean webtoons are out to make a splash in New York later this month.

"Bang! K-webtoon," an exhibition of Korean webtoons, will be held at Gallery Korea of the Korean Cultural Center New York, from Oct. 31 to Dec. 16, the Korea Manhwa Contents Agency, or KOMACON, said Friday.

Organized by KOMACON and Korean Cultural Center New York, the exhibit will feature three webtoons popular both at home abroad: “Navillera: Like a Butterfly,” “True Beauty” and “The Red Sleeve.”

Written by the author Hun, “Navillera” revolves around a 70-year-old man with Alzheimer's, who pursues his lifelong dream of learning ballet. Lauded for its subject matter, the comic won an award at the 2021 Bucheon International Comics Festival and was nominated at the 2022 Will Eisner Comic Industry Awards for best webcomic.

Naver Webtoon’s global intellectual property, “True Beauty,” written and illustrated by Yaongyi, revolves around the story of a young woman who, discriminated against because of her looks, transforms herself by mastering the art of makeup.

The romance webtoon has been read by more than 10 million people on Naver Webtoon’s Korean, English, Spanish, Thai and French platform.

A period webtoon, “The Red Sleeve” presents the romance between an ordinary court lady and King Jeongjo, the 22nd king of the Joseon era.

Supported by Seoul History Museum and the city of Namwon, North Jeolla Province, the exhibition also presents items used by court ladies and a royal robe to promote the beauty of hanbok, or traditional Korean attire.

Meanwhile, KOMACON is planning another exhibition in Mexico.

“KOMACON is schedule to hold an additional exhibition at the Korean Cultural Center Mexico. The exact date is yet to be decided, but the exhibit will be held in November,” a KOMACON official told The Korea Herald on Friday.

“Bang! K-webtoon” welcomes visitors of all ages without any admission fees.