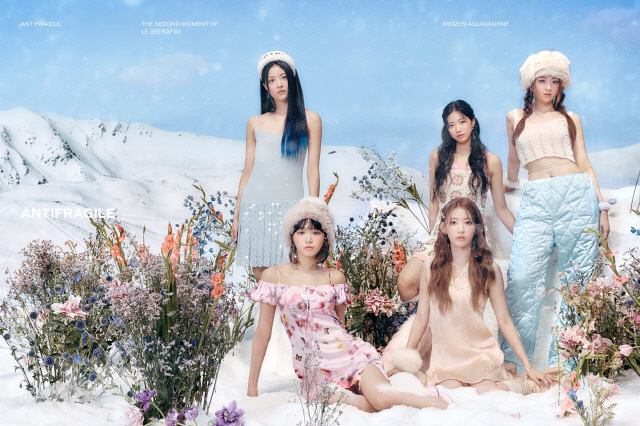 Le Sserafim’s forthcoming EP sold more than 560,000 million units in pre-orders as of Friday, according to a distributor.

The EP will be the rookie girl group's first album since it became a quintet. A trailer for the new EP, dubbed “The Hydra” after one of the five tracks, clocked up 1 million views on YouTube in about 10 hours.

On Saturday, Kim Chaewon and Huh Yunjin will unveil “Good Parts (When The Quality Is Bad But I Am)” in advance in a music variety show. The two members will sing it with American singer and songwriter Salem Ilese who co-wrote for the song with the two.

EP “Antifragile” will be released on Oct. 17. 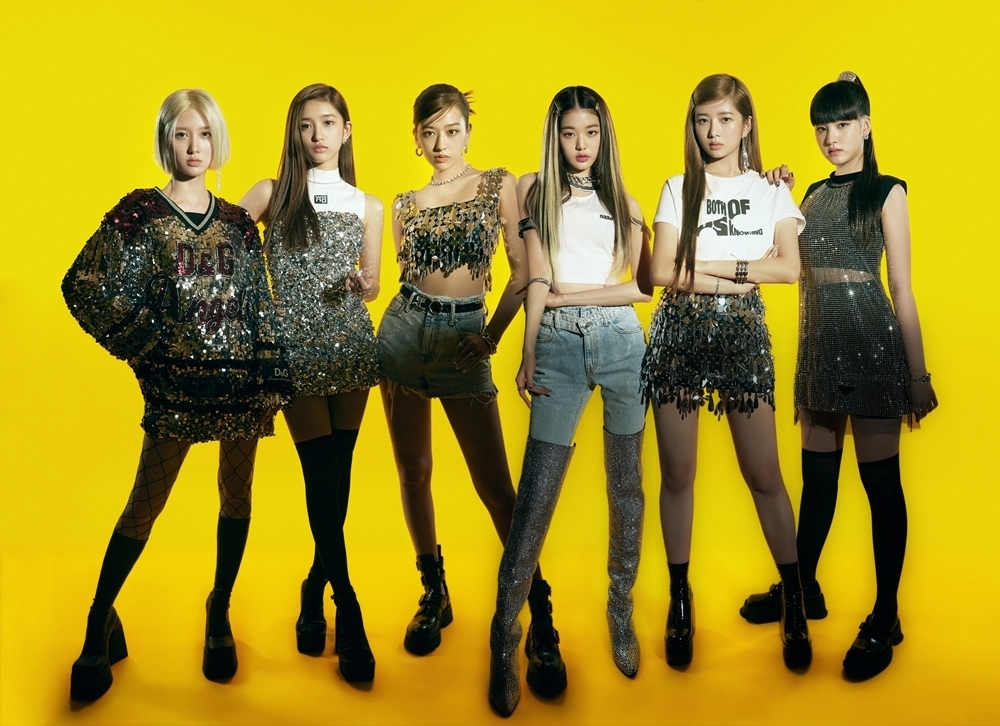 Ive’s second single “Love Dive” extended its stay on Billboard’s Global Exc. the US chart to 26th week, the longest for a song from a K-pop girl group this year.

The group’s third single “After Like” is staying strong on two global charts for the sixth week. It debuted at No. 9 and No. 20 on Billboard’s Global Exc. the US and Global 200, respectively.

Separately, the six-member act will join the lineup for 2022 Asia Artist Awards in Nagoya in December. The lineup includes Seventeen, Stray Kids, The Boyz, Itzy, Le Sserafim and New Jeans. 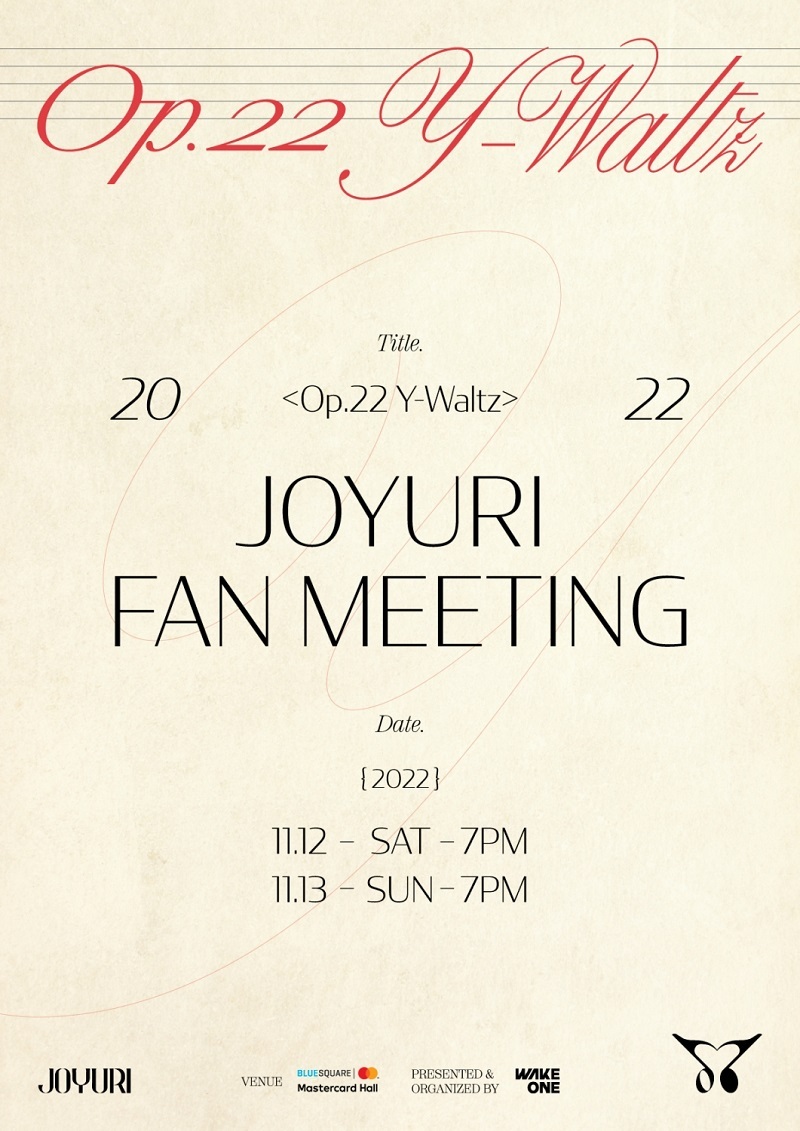 Jo Yuri, formerly of Iz*One, will greet her fans on her own for the first time on Nov. 12-13, announced agency Wake One Entertainment on Friday.

She will host the event “Op. 22 Y-Waltz” in Seoul, and on Nov. 7 will livestream to mark the first anniversary of her solo debut. She dropped single “Glassy” in November last year after project group Iz*One disbanded after 2 1/2 years. Her first EP “Op.22 Y-Waltz: in Major” came out in June.

Jo has taken on acting as well, cast as the female lead in web drama “Mimicus” that wrapped up last month.

Meanwhile, she is ready to make a comeback as a musician, having finished recording and shooting a music video for a new single, according a local media report on Wednesday. 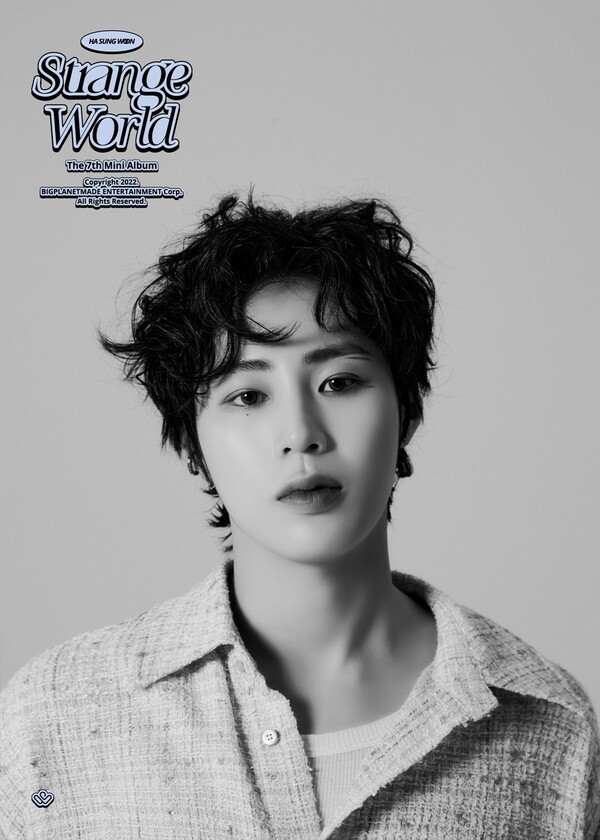 He was slated to join the military last month but had to postpone as he tested positive for COVID-19 three days before he was due to enlist.

As per Ha’s wishes to keep it quiet and to take measures against COVID-19, the venue and time for his enlistment will not be made public, said the agency.

Ha debuted as a member of boy band Hot Shot in 2014 and gained popularity when he was selected as a member of Wanna One through the second season of audition show “Produce 101.” He turned solo in 2019 after the project group disbanded, with solo album “My Moment.” The singer and songwriter’s most recent album is his seventh EP, “Strange World," released in August.