From a ruler to an academic, a musician and a linguist, King Sejong wore many hats. And the 15th-century monarch who invented Korea’s writing system Hangeul has also been an inspiration for Korean filmmakers and TV drama producers.

The most recent of the big-screen attempts to convincingly depict Sejong was 2019's “The King’s Letters,” directed by Jo Chul-hyun and starring none other than “Parasite” star Song Kang-ho as King Sejong. The film follows the tumultuous process behind Hangeul’s creation and its introduction in the face of opposition from scholars and aristocrats of the time who were the gatekeepers of knowledge kept captive behind Chinese characters. 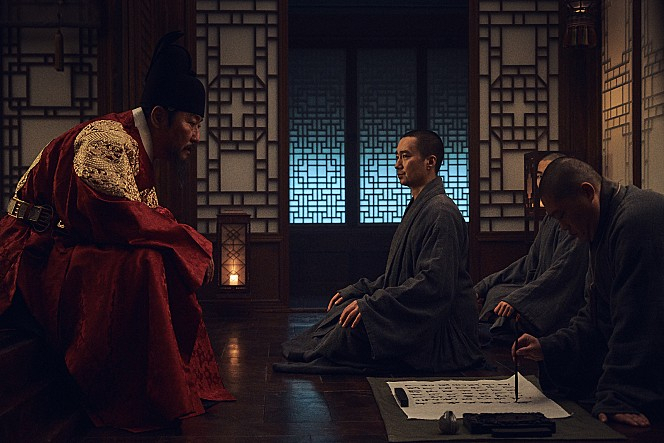 The film revolves around the 1446 promulgation of Hunminjeongeum -- which was what Hangeul was originally called and the name of the book that explained how the system worked -- consisting of 28 letters. Rather than depicting Sejong as a powerful, ingenious ruler, the movie follows the struggles of a man and his cooperation with Buddhist monk Shin Mi, played by fellow respected Korean actor Park Hae-il.

“The King’s Letters,” however, has been criticized by some as a distortion of history. The movie depicts Shin Mi as playing a crucial role in making the Korean writing system, despite no historical records indicating so and the king explicitly saying he himself made the letters.

The controversy struck the film hard at the box office. The film with a budget of 13 billion won ($9.3 million) failed to break even, garnering far less than the required 3.5 million ticket sales.

Later in 2019, another movie about King Sejong hit the silver screen, titled “Forbidden Dream.” The film focuses on Sejong’s interest in science and technology, depicting an imaginary friendship between the king and a real historical figure, inventor Jang Yeong-sil.

Directed by Hur Jin-ho, this film also took liberties with historical facts and depicted vulnerable aspects of the king. But it was met with mostly favorable reviews from the public and the general audience alike, as they praised the chemistry between the two leads -- Choi Min-sik and Han Suk-kyu, who played Jang and Sejong, respectively. Nevertheless, the film was less than a financial success, selling just over 2 million tickets. 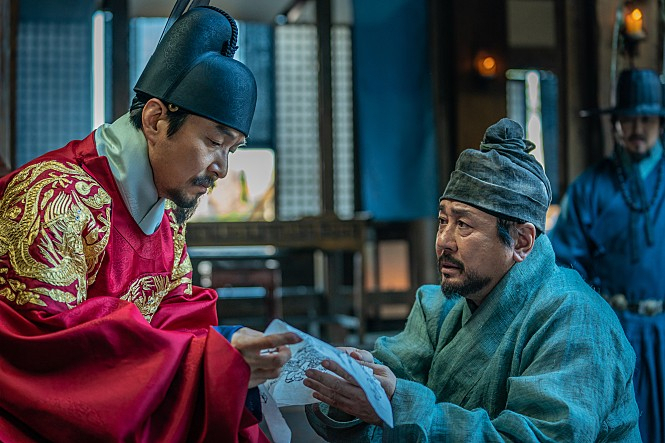 Sunday marks the 576th year since the birth of Hangeul, but the writing system was not always available for Koreans to use. During Japan’s 1910-45 colonization of Korea, the Japanese government cracked down on the use of Korean language, as well as Korean culture and identity more broadly.

The 2018 film “Mal-Mo-E: The Secret Mission” is a period piece loosely based on a real-life event during this dark chapter of Korean history.

In 1942, the police force under the Japanese colonial empire arrested members of the Korean Language Society on charges that it was a nationalist group seeking Korea’s liberation from Japan. The group had been working to publish the first-ever Korean dictionary, which resumed only after they were released from prison with Korea’s liberation in 1945. 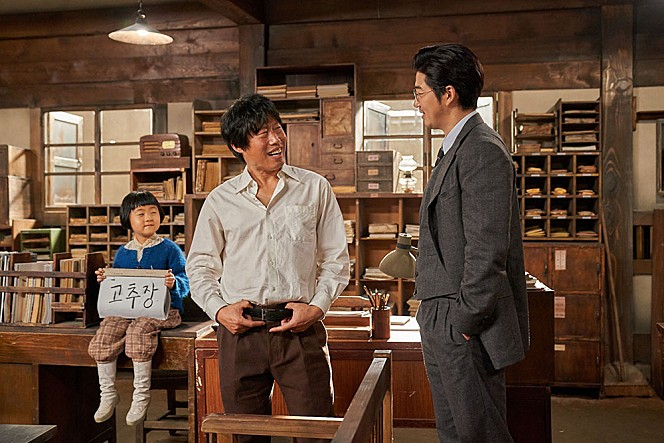 The film, directed by Eom Yu-na, follows the unlikely duo of a headstrong scholar and an illiterate everyman, played by Yoon Kye-sang and Yoo Hae-jin, respectively, who end up joining forces to publish the nation’s first-ever Korean dictionary.

As the movie portrays, using Hangeul was risky business on the Korean Peninsula in the early to mid-20th century. While many independence fighters fought with rifles and swords, some struggled against the Japanese by preserving the culture and language.

“Dongju: The Portrait of a Poet,” a 2016 flick directed by Lee Joon-ik, is a biographical period drama about poet Yun Dong-ju. Starring Kang Ha-neul as the titular hero, the film follows the life of Yun as he gradually realizes the importance of preserving the nation’s spirit through his literary works. 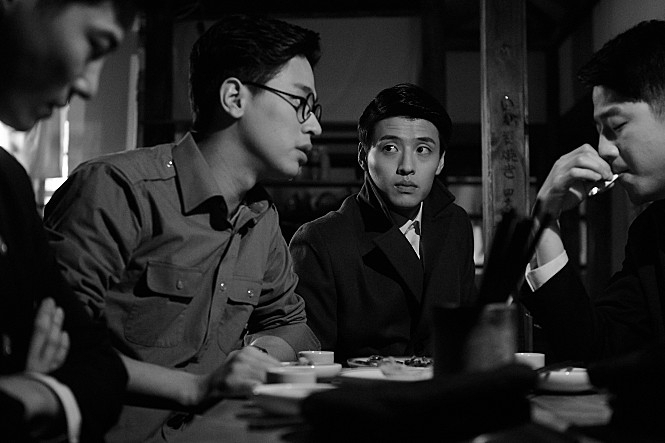 "Dongju: The Portrait of a Poet" (Megabox Joongang Plus M)