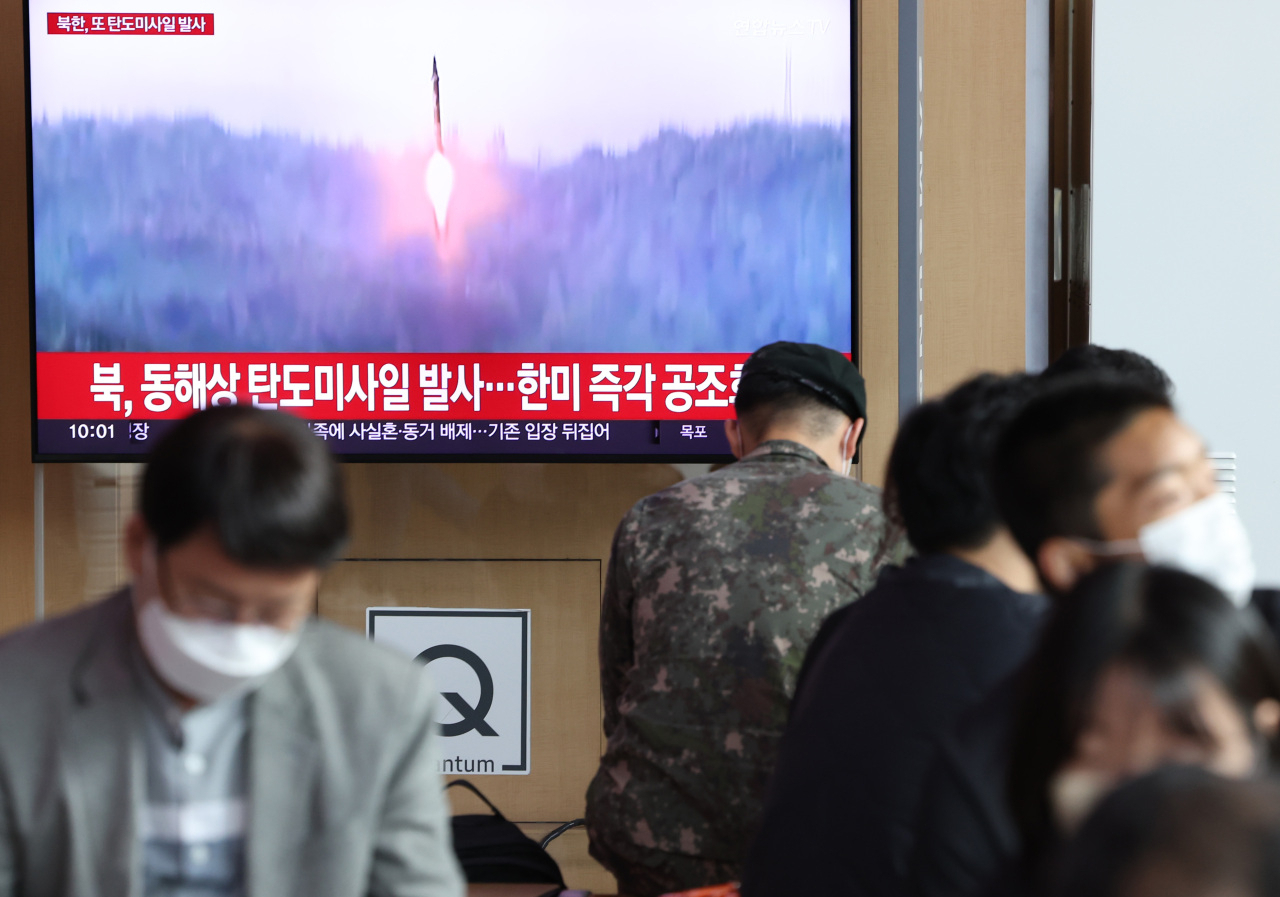 This file photo, taken on Sept. 25, shows a news report on a North Korean missile launch being aired on a TV screen at Seoul Station. (Yonhap)

The move came after the council failed to reach an agreement on additional sanctions or adopt an official statement against the North in a meeting over the North's intermediate-range ballistic missile (IRBM) launch earlier this week.

The other signatories were two other permanent members of the council -- Britain and France -- and Albania, Brazil, India, Ireland, Norway and the United Arab Emirates (UAE), as well as Japan.

"(We) strongly condemn the DPRK's long-range ballistic missile launch which overflew Japan on Oct. 4 and its seven other ballistic missile launches conducted since Sept. 25," Linda Thomas-Greenfield, the US ambassador to the UN, said in a readout of the statement. DPRK stands for the Democratic People's Republic of Korea, the North's official name.

"These launches violate multiple Security Council resolutions and pose a threat to not only the region, but to the entire international community," the statement added.

The group also called on all UN members, especially the UNSC members, to urge North Korea to abandon its "unlawful weapons programs" in a complete, verifiable and irreversible manner, and engage in diplomacy toward denuclearization. (Yonhap)