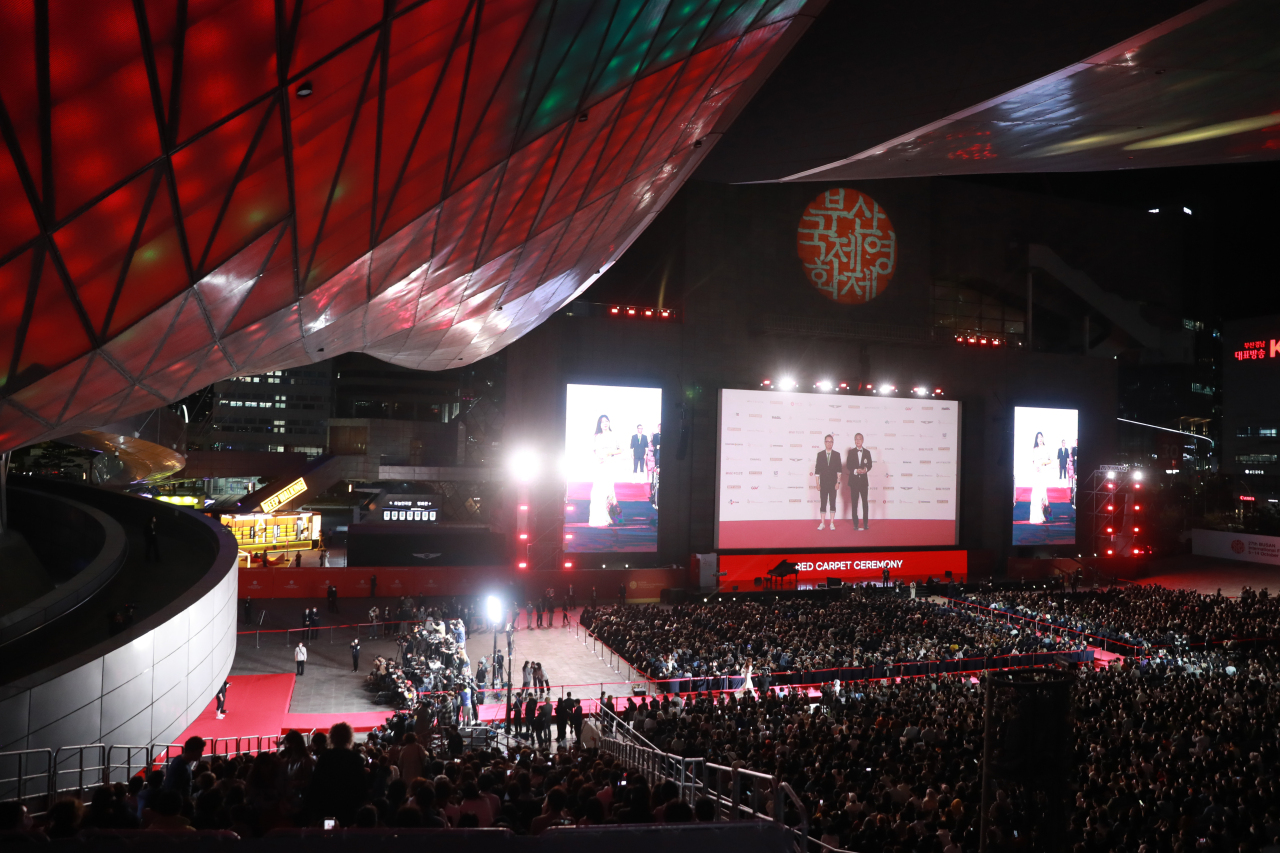 The film fest runs through Oct. 14 in Korea’s second-largest city. A total of 243 films from 71 countries will be screened through the course of the film festival.

The festival in full will return to its pre-pandemic scale, according to the event organizer.

The opening ceremony was hosted by actors Ryu Jun-yeol and Jeon Yeo-bin, who opened the ceremony by sharing their excitement for this year’s festival.

“During the last three years, we could not meet much of the audience due to the pandemic. This year I am so happy to see everyone,” Jeon said. "I am glad to see the Busan Cinema Center packed."

“It will be an opportunity for moviegoers to enjoy the happiness of watching films in theaters. I personally enjoy going to theaters solo during BIFF,” Ryu added.

At the beginning of the ceremony, a special video about the career of Kang Soo-youn, the iconic Korean movie star who brought home the nation’s first acting award from the Venice International Film Festival in 1987, was screened.

“She was there for us from the beginning to end and also during our hardship, she protected us,” said Lee Yong-kwan, chairman of the Busan International Film Festival. “We will never forget her hard work and the BIFF will always be with her."

The New Currents Award is presented to the two best feature films by new Asian directors presenting their first or second feature.

A trophy was also given for Asian filmmaker of the year during the opening ceremony.

Asian filmmaker of the year is presented to the Asian filmmaker or organization that has made the most significant contributions to the advancement of the Asian film industry. This year, it went to Hong Kong actor Tony Leung Chiu-wai, who starred in multiple global hit films, including "Happy Together" (1997), “The Longest Nite” (1998), "In the Mood for Love" (2000) and "2046" (2004). 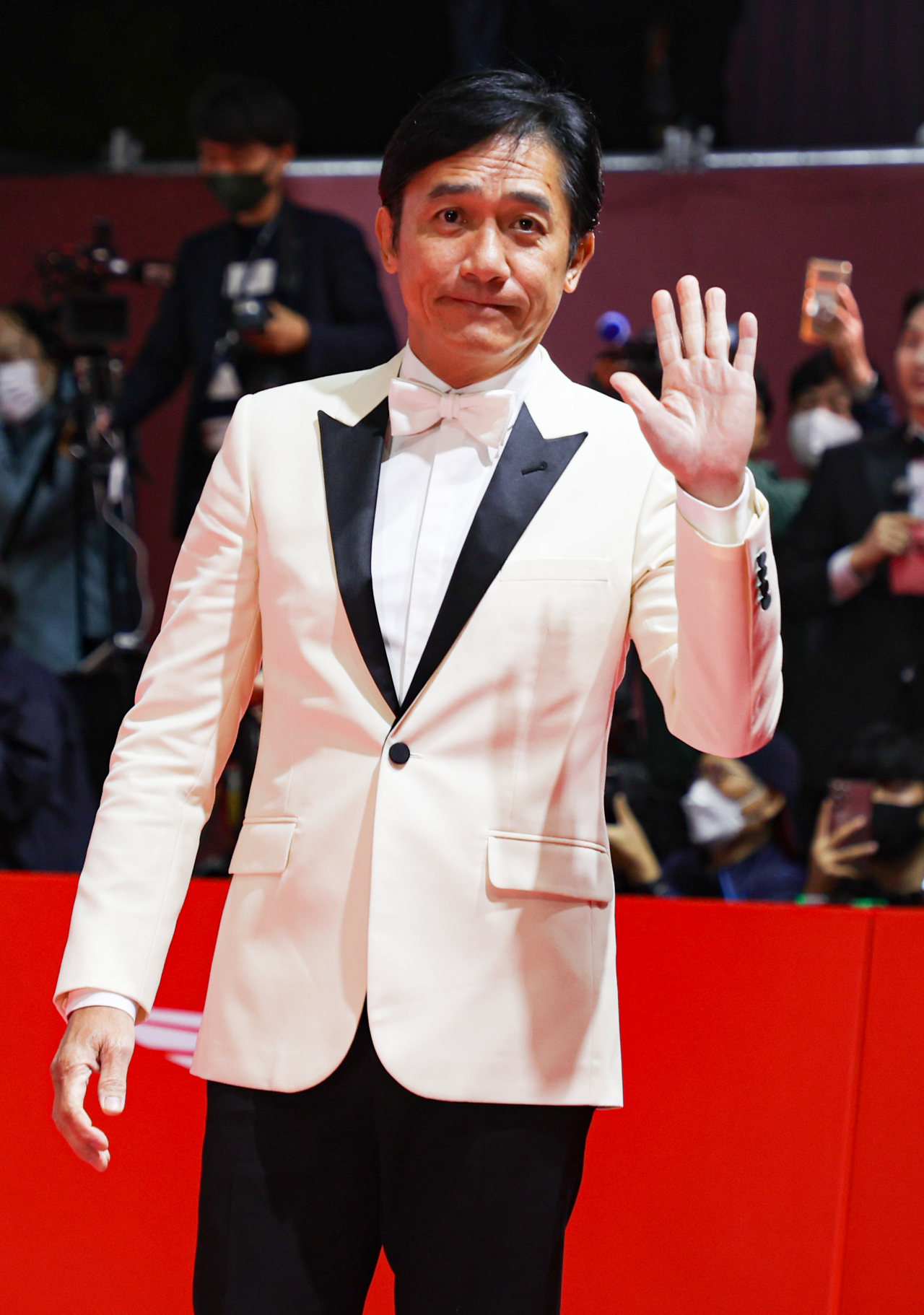 “It’s really my great honor to receive this recognition at the Busan International Film Festival. And thank you for giving me an opportunity to come to Busan again to meet my Korean fans in person,” the actor said in his acceptance speech.

The Korean cinema award, which was previously awarded at the opening ceremony, will be presented at the closing ceremony this year. The award is presented to film industry workers who have contributed to the globalization of Korean films.

In Mohaghegh’s film, an electrician (Mohaghegh) travels from town to town to help fix a disabled man’s house in which the power went out. The electrician also devotes his own time, energy and money to help the disabled man further.

After the opening ceremony, the opener was screened at the Busan Cinema Center at around 8 p.m. with a full audience.