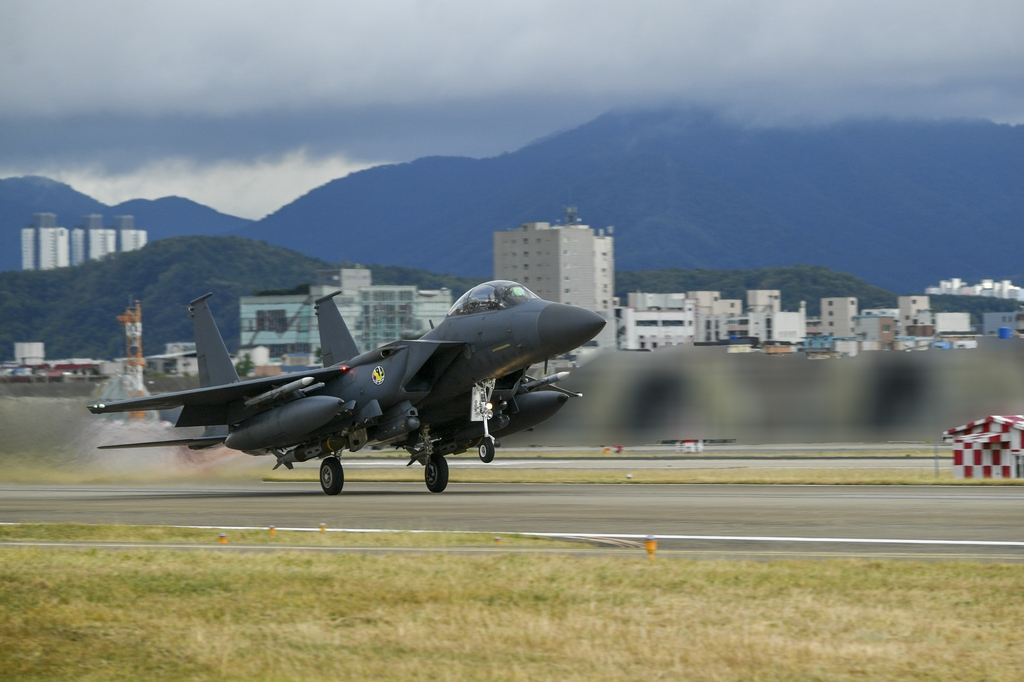 An F-15K fighter takes off to engage in air drills with the U.S. military on Oct. 4, 2022, in this photo provided by South Korea's Joint Chiefs of Staff. (Yonhap)

The Joint Chiefs of Staff (JCS) said that the F-15K dropped the Joint Direct Attack Munition bombs at a target in the range on the uninhabited island of Jikdo following air drills with U.S. warplanes in a combined strike package.

"Through the combined flight of the air strike package and precision strike drills, South Korea and the United States demonstrated their will to respond sternly to any Northern threats as well as their capabilities to conduct a precision strike at the origin of provocations based on the alliance's overwhelming forces," the JCS said in a press release.

The North fired an IRBM from Mupyong-ri in its northern province of Jagang in its first launch of an IRBM in eight months. The missile flew some 4,500 kilometers at an apogee of around 970 km at a top speed of Mach 17, according to the JCS.