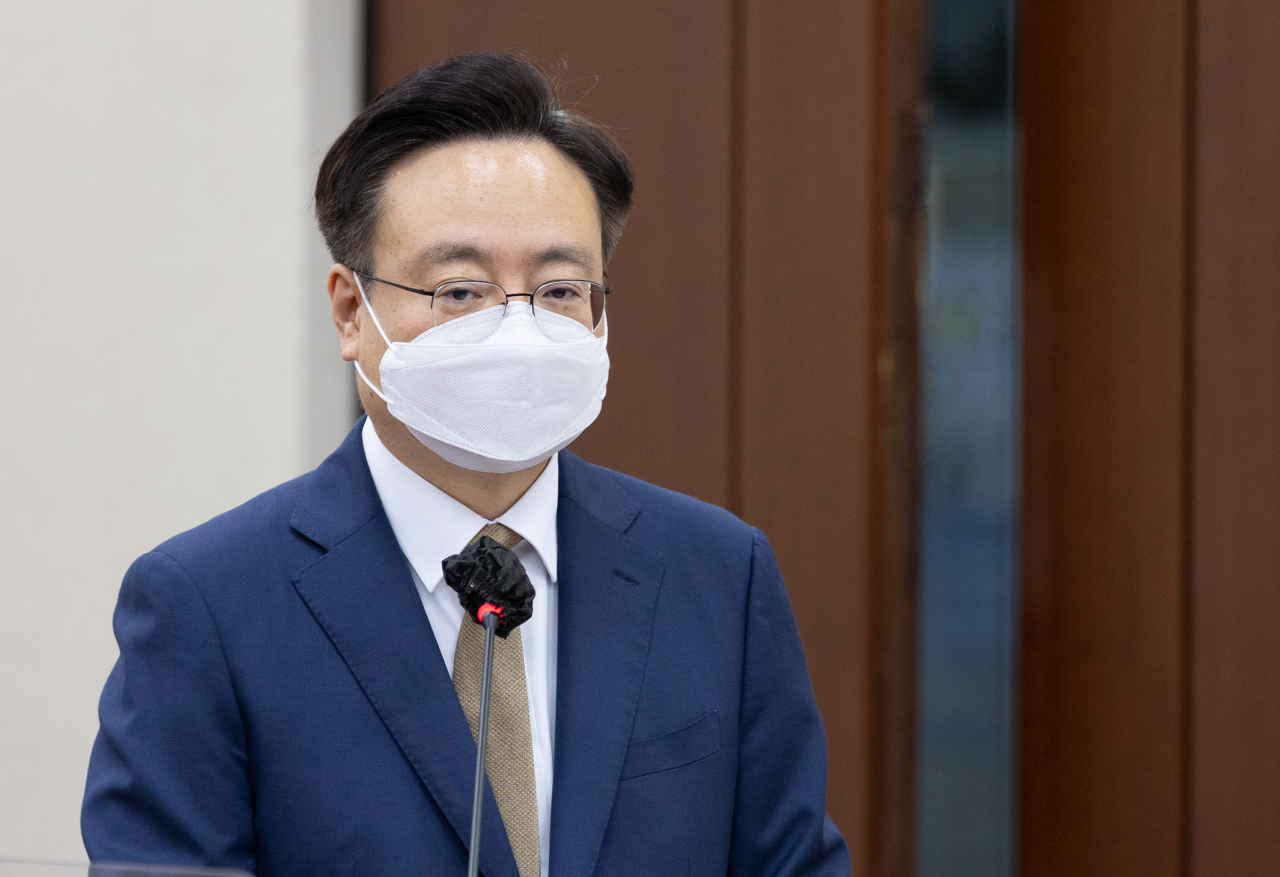 The appointment came after the National Assembly adopted a confirmation hearing report on Health Minister nominee Cho Kyoo-hong, after two previous nominees withdrew their nominations over allegations of various irregularities.

The parliamentary committee on health and welfare unanimously approved Cho's nomination following last week's hearing, saying he is qualified to lead the Ministry of Health and Welfare considering his policy vision and motivation.

Cho, an economic technocrat who previously served in key positions in the finance ministry, has worked as the first vice health minister and the health ministry's acting chief since May.

The parliamentary committee also said it considered that the health minister position stayed vacant for more than 130 days since the start of the Yoon administration.

Chung, the former chief of Kyungpook National University Hospital, was accused of using his position to help his daughter and son gain admission to the university's medical school, and Kim, a former lawmaker, of diverting political funds for personal use. (Yonhap)