An exhibition will take you on a time and space travel journey this weekend to 17th century Japan, without having to leave the city.

An exhibition introducing urban customs and lifestyles of Japan's Edo period (1603-1867) is ongoing at the Seoul Museum of History, in central Seoul, through Oct. 23. Edo is the former name of Tokyo and the capital of the military government at the time, the Tokugawa shogunate.

Titled "Scenes Around Sumidagawa River in Edo Tokyo," some 160 Edo-era pieces that depict Sumida River and its surroundings are on display, ranging from landscape to genre paintings.

The exhibition has landed in Seoul through an exchange with Japan’s Edo-Tokyo Museum. The exhibition was first held in Japan in 2010.

The Sumidagawa River measures around 23.5 kilometers long and 200 meters wide on average. As the largest river running through central Edo, it was the main artery for transportation in the region.

The river flowed along seven districts lying in eastern Tokyo and down into Tokyo Bay, with representative Buddhist temples and Shinto shrines within close range. Mount Fuji and Mount Tsukuba could both be seen from a distance when on a boat or a bridge across the river.

Each painting depicts both the lifestyles of the common people and the natural landscape’s picturesque beauty along the four distinctive seasons.

From paintings of people on spring and fall flower-gazing excursions to vast winter landscapes of the Sumidagawa River covered in vivid white snow, the exhibit is worth a visit to see moments cherished by Japanese people of the era.

The exhibition is located at the Special Exhibition Hall of the museum. The museum is closed on Mondays. 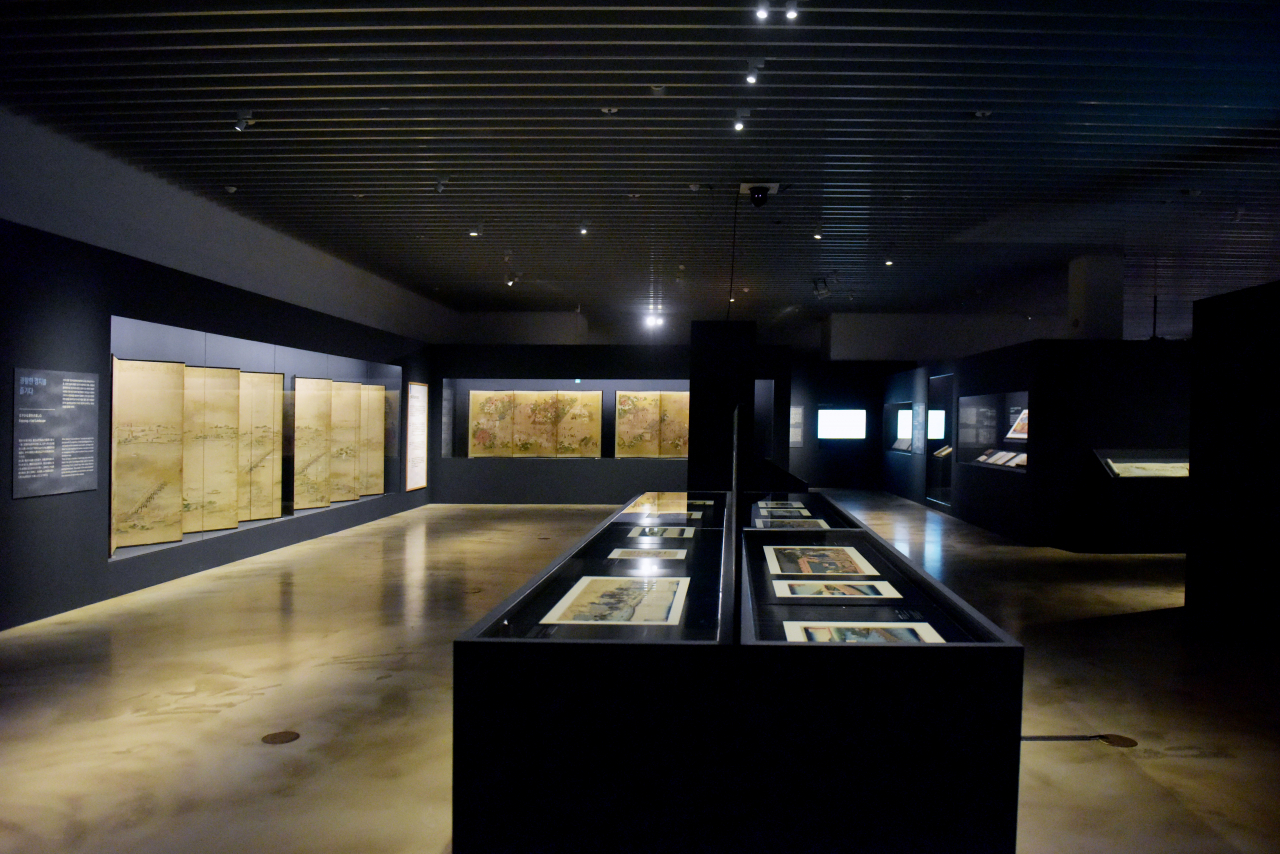 Each painting brings in both lifestyles of the common people and nature’s picturesque beauty along the four distinctive seasons.

From paintings of people on spring and fall flower-gazing excursions to vast winter landscapes of the Sumidagawa River’s winter covered in vivid white snow, the museum will be worth the to view different moments cherished by the Japanese people of the era.

The exhibition is located at the Special Exhibition Hall of the museum. The museum closes Mondays. 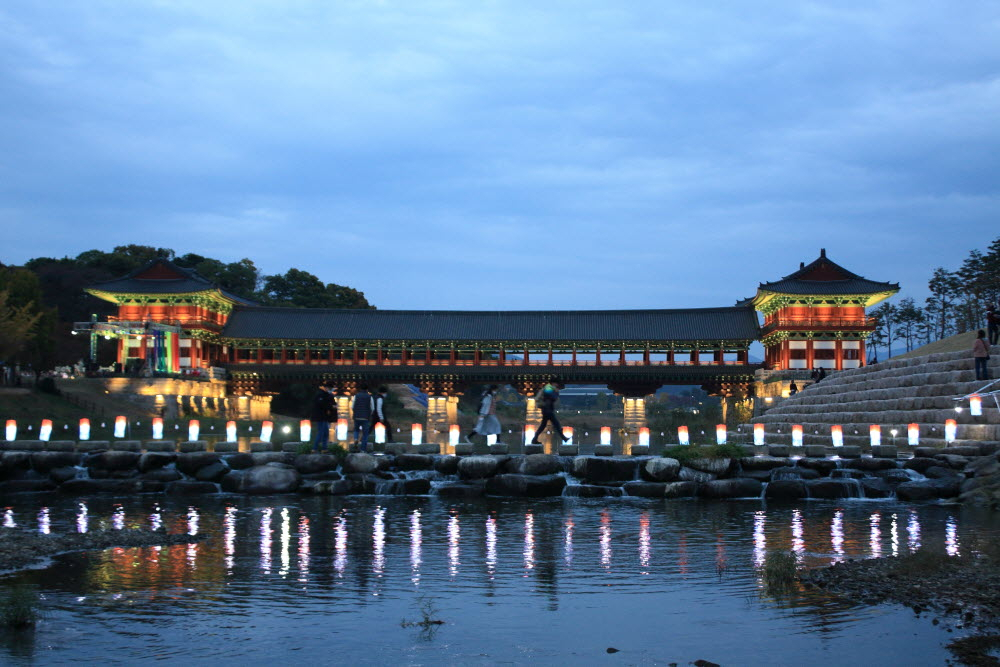 A nighttime excursion at Gyeongju

How about a visit to Gyeongju for a nighttime excursion?

Gyeongju’s edition of the Cultural Heritage Night Tour will kick off Friday evening around the areas of Gyochon Traditional Village.

Located in the southeastern corner of North Gyeongsang Province, the city is filled with historic sites and architecture, as it was the capital of the ancient Silla Kingdom.

The three-day festival will start from 6 p.m. to 11 p.m. each day. After night falls on the city, some iconic attractions will be illuminated with bright lights to enchant the visitors. 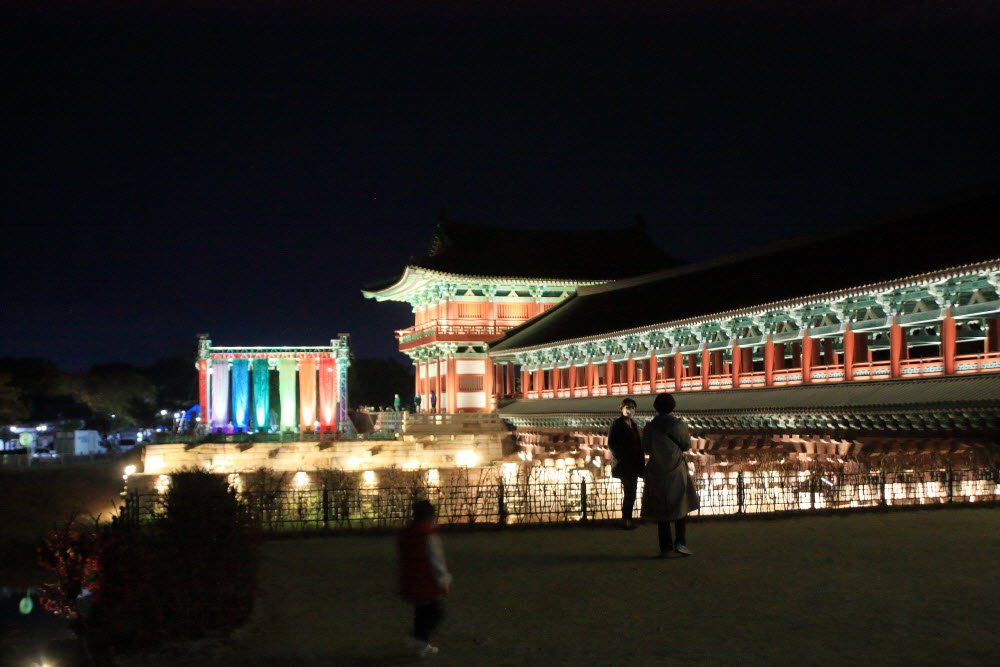 Take a light stroll along the hanok village and you will come across different cultural activities and performances at every corner of the village.

On the streets, artwork from regional artists will be on display at an open exhibition, while a photography exhibition will showcase photographs from 100 years ago. Traditional music busking performances will swiftly lead your steps.

Make a stop at Woljeonggyo Bridge at 6:30 p.m. to catch an original play inspired by tales from the Silla Kingdom. The stepping stone area next to the bridge is another scenic spot you cannot miss! At the Gyochon Academy, a puppet show will take the stage at 7:00 p.m. 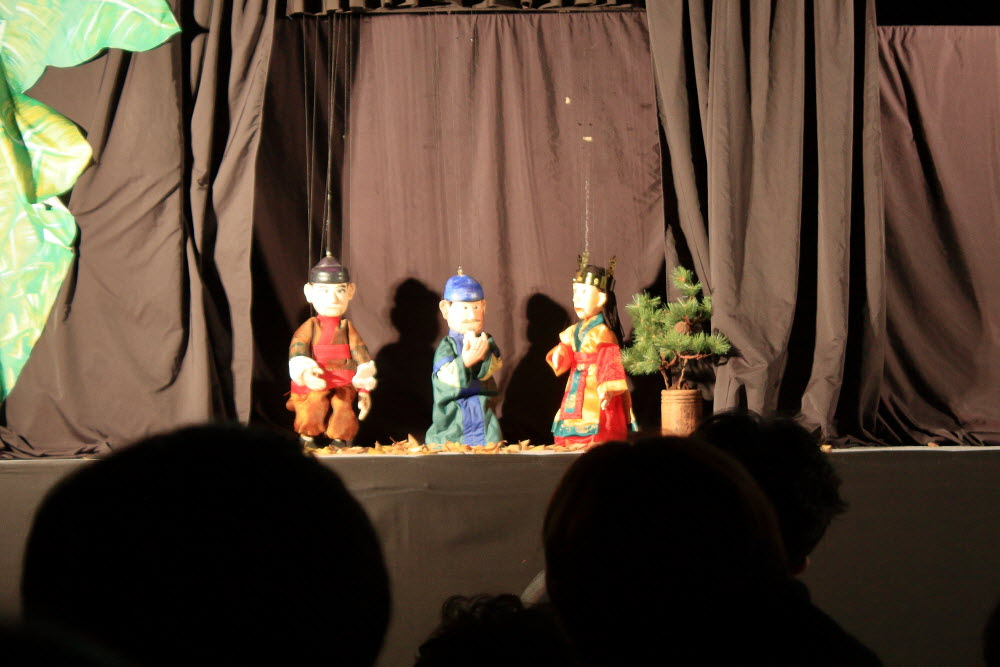 The historic house of the Rich Man Choi, next to the Gyochon Academy, will give you a glimpse of how the wealthy family lived during the Joseon Dynasty. At the Gyodong Beobju, next to their house, you can also take a sip of the Choi family’s home-brewed liquor from a 350-year-old recipe, also designated as a national intangible cultural heritage.

After your stroll, head over to the food truck arcade for some irresistible late-night snacks and to the marketplace for handcraft shopping.

Gangneung in Gangwon Province and Suncheon in South Jeolla Province will also hold their versions of the night tour, so check the official websites for more information.

Dancers perform during the opening ceremony of "Welcome Daehakro" in Hyehwa-dong, Jongno-gu, Seoul, Sept. 24. (Ministry of Culture, Sports and Tourism)

The “Welcome Daehakro” festival was launched in 2017

"Welcome Daehakro" kicked off on Sept. 24 with various programs including street performances in Hyehwa-dong, Jongno-gu, Seoul. ( Ministry of Culture, Sports and Tourism)

In 2022, the festival, which runs from Sept. 24 to Oct. 30, features various programs including Re:Boot! Daehakro, a preliminary boom-up outdoors festival; Welcome Theater, consecutive performances at a single theater; and Welcome K-Stage, performances streamed online, among many others.

Featuring this weekend as part of the festival is “Legendary Little Basketball Team,” a creative steady-selling original musical premiered in 2016. For Welcome Plus, a total of 35 performances including the nonverbal show Nanta will run throughout the festival period.

For the upcoming long weekend from Friday to Monday, Welcome Fringe offers a wide range of street performances encompassing various genres including nonverbal performances, a circus, a bubble show, and children’s plays at Marronnier Park Square and Sonamu-gil.

A guided tour in English called Daehakro Tour is offered free of charge, lasting around 2 1/2 hours. On Oct. 1, 2, and 3 the tour will begin at Exit No. 2 of Hyehwa Station (Line No. 4). The tour will include Marronnier Park and Daehakro’s back streets, which are lined with 10 theaters side by side. The tour also includes Naksan Park, where you can play Red Light, Green Light with other participants. The same guided tour will repeat at 5 p.m. on Oct 7 and at 1 p.m. on Oct. 8, 9 and 10.