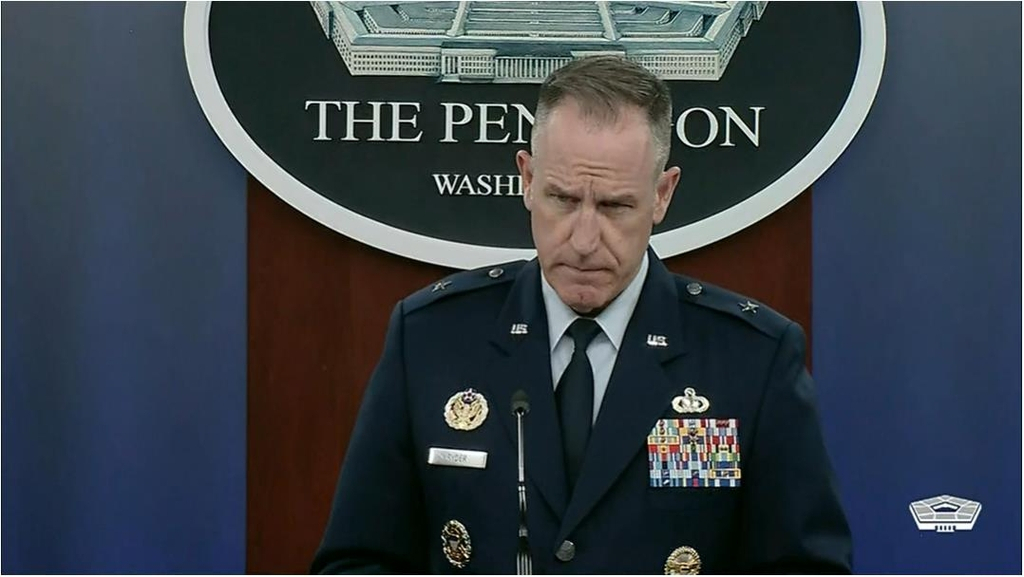 WASHINGTON -- South Korea and the United States are undertaking a joint naval exercise that is aimed at improving their interoperability and joint defense capabilities, a Pentagon spokesperson said Tuesday.

The remarks come after North Korea lashed out at the US for conducting a joint military exercise that it claims is aimed at toppling its regime in Pyongyang.

"The Ronald Reagan Carrier Strike Group began a series of exercises in the East Sea with the Republic of Korea Navy (on) September 26 and they'll go through the 29th," Brig. Gen. Pat Ryder said of the ongoing exercise, referring to South Korea by its official name.

"And these are intended to strengthen maritime interoperability and tactics, techniques and procedures between our two navies," he added.

The North Korean diplomat also called the joint exercise an "extremely dangerous act" that he said can drive the situation on the Korean Peninsula to the "brink of war."

"The US routinely conducts carrier strike group operations in the waters around the Republic of Korea (ROK) to exercise maritime maneuvers, strengthen the US and ROK alliance and improve regional security," the Pentagon press secretary said.

The ongoing naval exercise marks the first of its kind in five years to involve a US aircraft carrier as the allies had refrained from conducting large-scale drills amid dialogue with North Korea.

North Korea, however, has avoided attending denuclearization talks since late 2019. It has also fired more than 30 ballistic missiles in violation of UN Security Council sanctions this year.

On US Vice President Kamala Harris' upcoming trip to the Demilitarized Zone (DMZ), the Pentagon spokesperson said the US will provide any necessary support needed, without elaborating.

"Obviously, for security reasons, I'm not going to go into details on the types of support to provide," he said, when asked if the department plans to provide additional security measures for the vice president's scheduled trip to the DMZ on Thursday (Seoul time).

Still, he added, "The Department of Defense supports our senior leadership wherever they go, and provide whatever support is required." (Yonhap)