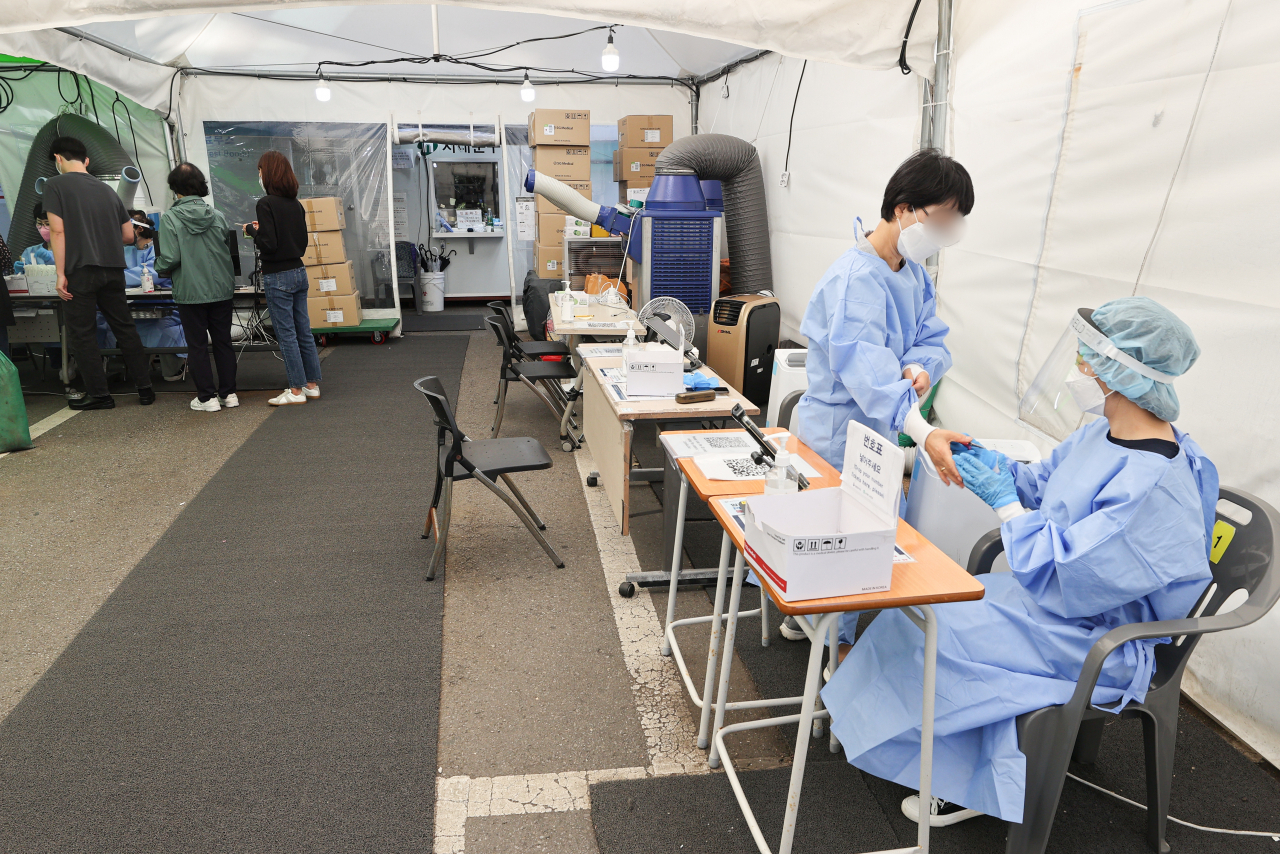 Medical workers get ready for work at a COVID-19 testing station in a community health center in Seoul's western district of Seodaemun on Wednesday. (Yonhap)

South Korea's new COVID-19 cases fell to the lowest number in nearly three months for a Thursday count, as the virus wave is slowing down at a steady pace.

The country reported 33,009 new COVID-19 infections, including 255 from overseas, bringing the total caseload to 24,535,940, the Korea Disease Control and Prevention Agency (KDCA) said.

The latest tally is down by more than 8,200 from the previous day and the lowest for a Thursday figure since 18,494 recorded on July 7.

The virus wave, triggered by the spread of an omicron variant, has been waning with a steady decline in the infections after a resurgence in July that later peaked above 180,000 cases in mid-August.

"The summer season resurgence continued for about eight weeks, and we're seeing a declining trend for the past four weeks now after the virus wave passed its peak," KDCA Commissioner Peck Kyong-ran said in a regular briefing.

The weekly caseload for the second week of September more than halved to 55,000 a day on average from 128,000 a day in the third week of August, Peck said.

Health authorities forecast that the spread of the virus will maintain the current pace as long as there is no fresh outbreak of a new virus variant.

The number of critically ill patients came to 428, down by 66 from Wednesday, the KDCA said. (Yonhap)