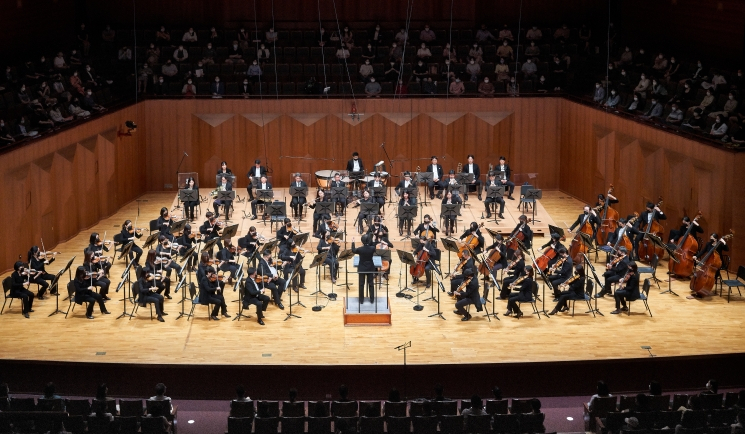 The Korean National Symphony Orchestra is embarking on a European tour for the first time under its new name.

Known as the Korean Symphony Orchestra until March this year, it added "National" to its name to reflect that it is supported by the national budget. The tour will visit three countries in Europe, celebrating the 130th anniversary of the establishment of the Korea-Austria relationship, the 10th anniversary of the foundation of the Korea Culture Center in Poland and newly founded Korea culture Centers in Austria and Sweden, respectively.

The concerts will take place at Stockholm Concert Hall in Sweden at 6 p.m. on Sept. 28, Erkel, Hungarian State Opera in Budapest, Hungary at 7 p.m. on Sept. 30 and Golden Hall, Musikverein in Vienna at 11 a.m. on Oct. 2.

The concerts, to be conducted by Chung Chi-young, a former artistic director and chief conductor of the orchestra, will offer a program of Korean music and Western classical music.

Soprano Im Sunhae, tenor Alfred Kim and bass Park Jong-min, all of whom are active in Europe, will perform three Korean lieder -- “Like a Spring Comes Cross the River,” “The River of My Heart,” and “My Dear Friend.”

Other pieces include those by Rossini, Lehar, Mozart, Wien and Tchaikovsky.

“For the first European tour as the Korean National Symphony Orchestra, we focused on creating a program that can show the beauty of Korean style. Amid heightened interest in Korean content, I hope these performances can help further amplify interest in K-classics in Europe,” said Choi Jung-sook, CEO of the orchestra.