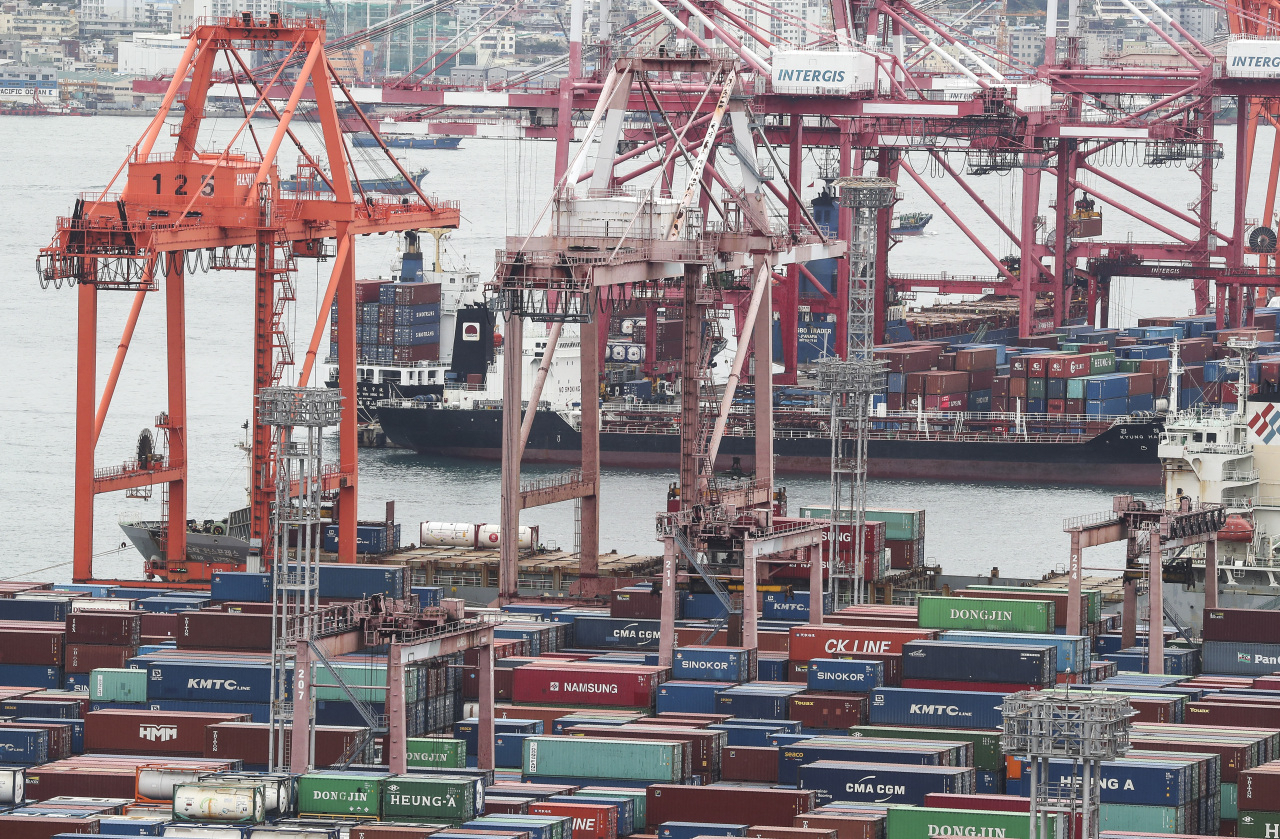 SEJONG -- Shipping costs for container cargo bound for the west coast of the United States soared more than 30 percent in August from a year earlier, but their growth rate slowed from the previous month, government data showed Thursday.

The average freight rate for a 40-foot container from Asia's fourth-largest economy to the US west coast reached 14.31 million won ($10,300) last month, up 32.3 percent from a year earlier, according to the data from the Korea Customs Service.

The shipping cost for a 40-foot container from South Korea to the east coast of America surged 26.3 percent on-year in August, with that to the European Union spiking 38.5 percent.

From the previous month, the rate for container cargo bound for the US east coast fell 5.1 percent, marking the fifth straight month of declines.

The on-month decrease was attributed to a base effect and a recent slowdown in consumer spending in the world's largest economy.

Shipping costs for China and Vietnam shot up 27.4 percent and 83.2 percent, respectively, in August from a month earlier, with that to Japan edging up 0.5 percent.

The figures are based on freight rates reported by local exporting companies.