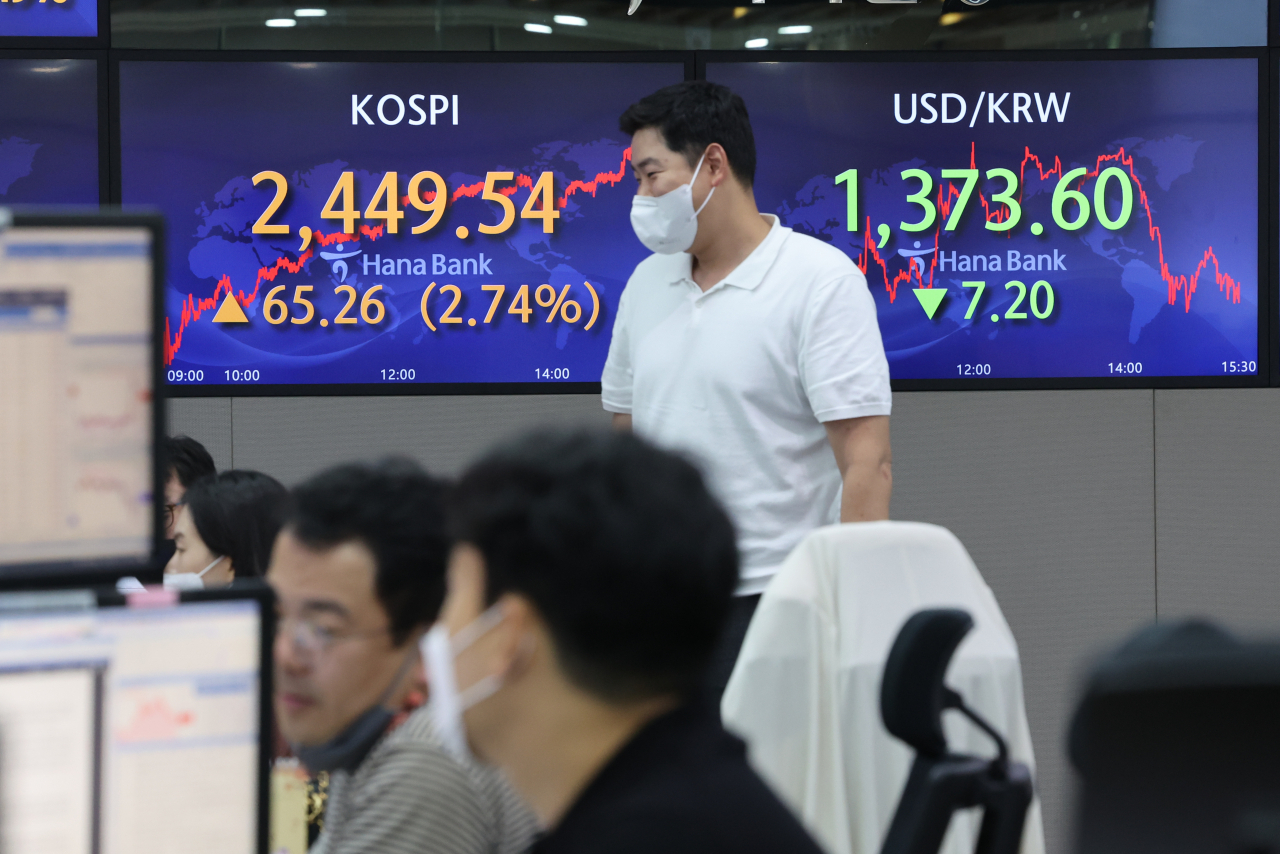 South Korean stocks rallied by nearly 3 percent Tuesday as investors were optimistic ahead of the release of the US inflation data, with eyes on the Federal Reserve's rate-setting policy meeting set for next week. The local currency rose against the US dollar.

"We have optimistic sentiment for the US August consumer price index, as the uptrend in energy prices has been limited, the expected inflation has slowed, and investors cheered over China's lower-than-expected August inflation data," Seo Jung-hun, an analyst at Samsung Securities Co., said.

"The expectation that the Fed will continue its aggressive monetary tightening has already been reflected in the market, as the probability of a 75 basis-point rate hike stands at 93 percent based on the interest rate futures," Seo said.

US stocks rallied Monday (local time) amid hopes that the likely slowdown in the August inflation would prod the Fed to go easy on its future rate hikes if it were to stick to its third consecutive three-quarter hike this time in the monetary policy meeting slated for Sept. 20-21.

Fed Chair Jerome Powell has stressed the Fed remains "strongly committed" to curbing the decades-high inflation and will continue its job until it is done.

In Seoul, shares closed higher across the board with tech and battery stocks leading the overall market gain.

Among the decliners were defense stocks, including Korea Aerospace Industries that slumped 4.32 percent to 53,100 won and Hanwha Aerospace that dipped 4.9 percent to 77,600 won.