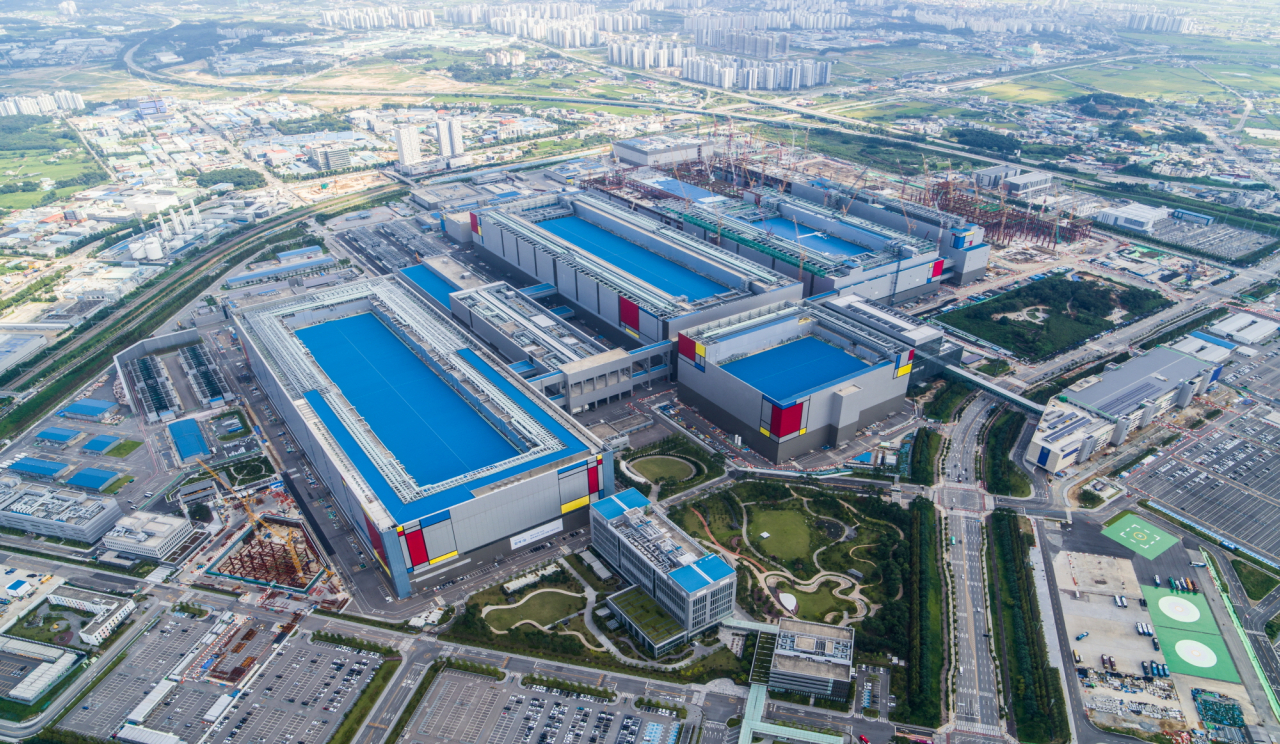 Samsung Electronics is projected to see a 19 percent drop in quarterly sales during the July-September period, which will drop the tech giant to the second place in the world's semiconductor market by sales following Taiwan-based foundry company TSMC's swift rise to the top, data showed Monday.

The third-quarter revenue of Samsung's chip business -- which oversees memory products, foundry services and non-memory products like mobile processors -- is forecast to amount to $18.29 billion, down 19 percent quarter-on-quarter from the second-quarter figure of $22.62 billion, according to market intelligence IC Insights.

Instead, TSMC will take the top spot in terms of the third quarter revenue, with $20.2 billion in sales during the cited period.

IC Insights attributed this to a "memory market currently in a free-fall" in the second half of 2022, allowing TSMC, whose sales were 31 percent less than Samsung's in 2021, to take over the top spot. IC Insights added the memory chip makers will suffer a bloated inventory by early 2023.

Memory products like DRAM, NAND Flash and solid state drives accounted for nearly 75 percent of Samsung's total sales in its semiconductor business through the first half.

But the sharp decline in memory product inventory turnover beginning in June is triggering a drop in memory chip price, market watchers noted.

TrendForce in August has revised down the consumer DRAM price by 5 percentage points, expecting the DRAM price to lower by at most 18 percent in the third quarter.

"Samsung Electronics and (domestic rival) SK hynix will offer customers a special deal with aggressive pricing, but the customers will remain unsure of its 2023 demand and will still take a wait-and-see approach due to the level of memory inventory that is already high," noted Nam Dae-jong, an analyst at Ebest Investment & Securities.

Nam added the oversupply of both DRAM and NAND Flash products will likely linger by as early as the first quarter of 2023.

Kyung Kye-hyun, co-CEO of Samsung Electronics who oversees its semiconductor units, told reporters earlier in the month that prospects for its chip business would be bad through the end of the second half.

"Now I don't see a momentum for a rebound in the next year to come," he added.

The memory chip down cycle has also downgraded its market growth forecast of integrated circuit chips for 2022 from 11 percent to 9 percent, according to IC Insights.