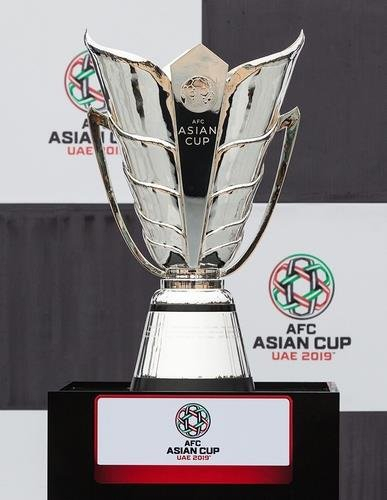 South Korea on Wednesday submitted its final candidature documents in a bid to host Asia's top football tournament next year.

The Ministry of Culture, Sports and Tourism announced that the Korea Football Association (KFA) sent its official bidding book, the government guarantee and contracts on use of match stadiums and practice facilities to the Asian Football Confederation (AFC) for the 2023 AFC Asian Cup.

The continental football governing body will conduct an on-site inspection sometime in September and will announce the host of its signature tournament on Oct. 17 following its executive committee meeting.

South Korea is up against Australia, Indonesia and Qatar.

China had been set to stage the quadrennial tournament in 2023 but withdrew as the host in May due to the effects of the COVID-19 pandemic.

They have had four runner-up finishes since, most recently in 2015, when they lost to Australia 2-1 in extra time.

The sports ministry has pledged its full support for the bid and also asked two neighboring countries, China and Japan, for their help in the bidding process.

"The Asian Cup is a significant international event, and we will work with the KFA and local governments of potential host cities during the AFC inspection," the ministry said in a statement. "We will unveil the honorary ambassador for our Asian Cup bid Friday and try to create buzz for the bid."

Australia hosted the 2015 Asian Cup and will co-host the 2023 FIFA Women's World Cup with New Zealand. Indonesia staged the 2007 Asian Cup with Malaysia, Thailand and Vietnam, and will be the host of the 2023 FIFA U-20 World Cup.

Qatar won the most recent Asian Cup in 2019 and hosted the continental tournament in 2011. Qatar will hold the FIFA World Cup this year and will be able to use the same venues if it wins the bid for the 2023 Asian Cup. (Yonhap)