[ The Korea Herald – Send E-mail ]
[Feature] Ramen, ramyun, or ramyeon? Stories behind the popular instant noodles
By Yoon Min-sik
Published : Aug 29, 2022 - 16:46
Updated : Sep 26, 2022 - 09:14
Last week, it was reported that South Korea’s export of instant noodles hit a new all-time high in the first half of the year. Yet the country’s leaders in the industry differ on how to spell the product in English.

Nongshim, the perennial industry leader of instant noodles in the country, spells it “ramyun” on its homepage and on its exported product packages. But Ottogi and Samyang inscribe “ramen” on products that are shipped overseas.

When inquired about which of the two was the correct spelling, the National Institute of Korean Language gave a different spelling. “In accordance with the ‘Orthography of Romanization of Korean language,’ it is to be written as ‘ramyeon,’” the NIKL said.

Adding to the confusion is that the institute is not an absolute authority to follow on this case, as the Korean word for instant noodles is a loan word from the Japanese word “ramen.” The NIKL’s Romanization standards apply to pure Korean words, but when it comes to loan words there is no set standard on how to spell them in English.

Simply put, there is no official way or clear answer on how to spell the instant noodles in English as of now. For the purpose of this article, the dish will temporarily be spelled “ramyeon” to differentiate between the Japanese ramen which it derived from. 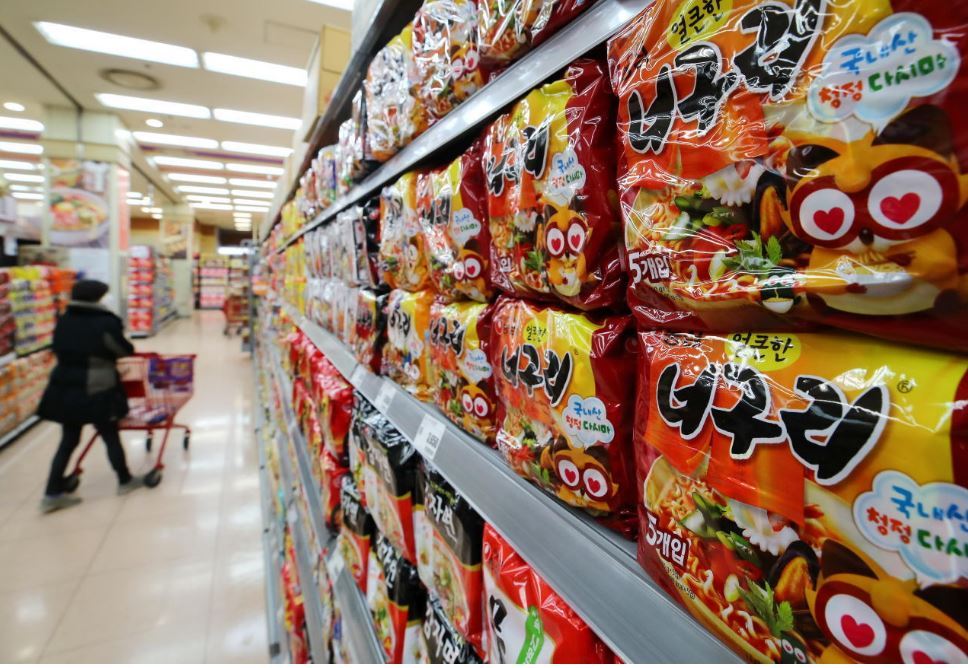 (Yonhap)
Why does it matter?

Ramen, ramyeon or ramyun – one may ask: Why does it even matter?

It does because to many Koreans, ramen and ramyeon are two different dishes.

A look at history shows how the two came to differ.

Ramen, one of the most well-known Japanese delicacies, has a history that dates back a little over a century.

Japanese writer Hayamizu Kenro details in his book “Ramento Aikoku” about how the noodle “soba,” which originated from China, came to Japan during the Meiji era (1868-1912). What was initially called “shina soba” -- using the derogatory Japanese term for China, “shina” -- gained popularity during the economic hardship that followed its loss in World War II, and the United States’ mass distribution of wheat into East Asia that followed.

The world ramen itself is widely believed to have come from the Chinese term “lamian,” which means pulling or extending (la) noodles (mian). It was widely popularized with a groundbreaking invention from a man the New York Times called “Mr. Noodles.”

While ramen and ramyeon are born of the same roots, Koreans’ perceptions of the two are very different. In South Korea, ramen refers almost exclusively to Japanese noodles with fresh ingredients and spices, usually served at restaurants. Meanwhile, ramyeon refers to instant noodles with dried vegetables and artificial flavoring. Ramyeon is served at eateries, too, but cooks use pre-packaged instant noodles.

This causes confusion among Koreans about whether ramyeon is a different dish from ramen, or merely a Korean adaptation of the same dish.

Han Sung-woo, a professor of Korean Language and Literature at Inha University, approached the issue from a linguistic standpoint and said despite its Chinese roots, the word ramyeon definitely comes from the Japanese word ramen.

“The term ‘ramyeon’ appears to have derived from Japanese, since the Korean pronunciation by its original Chinese character would be ‘nap-myeon.’ But it’s not simply a Japanese adaptation, either, since it uses the Korean pronunciation of the word ‘myeon’ (instead of ‘men’),” Han wrote in an online column for a Korean newspaper. Korean, Chinese and Japanese all use Chinese characters, but they are all pronounced differently.

“The perception of the dishes is also different. For us (Koreans), ramyeon is an oil-fried instant noodle. The root of the word and the food may be the same, but the reality differs for each (country).”

While Koreans see ramen as a completely different concept from ramyeon, there are few outside of Korea -- especially Westerners -- who make such distinctions. 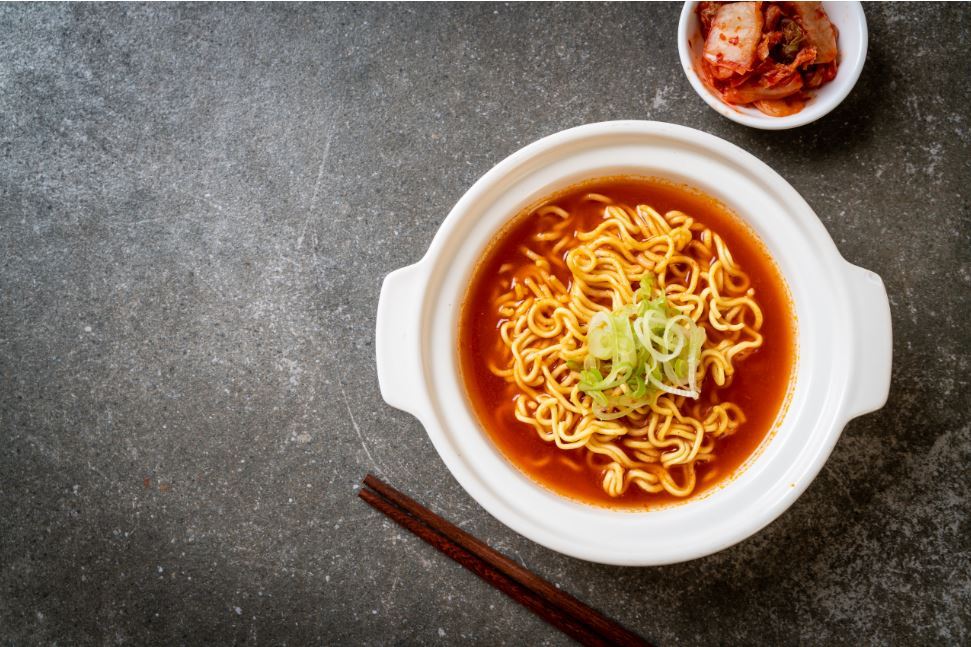 With the international success of Korean director Bong Joon-ho’s film “Parasite,” a peculiar dish by the name of “ram-don” caught international audiences’ eyes.

Translated from the original Korean term “jjapaguri” used in the movie, the dish mixes two instant Korean ramyeon products, black bean Chapagetti and spicy Neoguri. However, the Los Angeles Times, NBC and other major US media outlets have called the instant noodles ramen instead of ramyeon.

In articles published this year of recommended Korean dishes, the Los Angeles Times -- based in the city with the biggest Korean community in America – also used the term “Korean ramen.”

While many outside the country view Korean instant noodles as simply a Korean version of Japanese ramen, the aforementioned controversy over Korean companies using the word ramen on their products suggests that Koreans are not comfortable with the spelling.

Whether called ramen or ramyeon, the popularity of Korean instant noodles remains on the rise, perhaps buoyed by the booming success of Korean pop culture content like “Parasite.”

Instant noodle exports from January to June of this year marked a 19.9 percent hike compared to the same period in the year before to $383.4 million, an all-time high for a first half. The yearly figure for 2021 yearly was also an all-time high. The top consumers of Korean instant noodles were China and the US, followed by – ironically enough -- Japan.