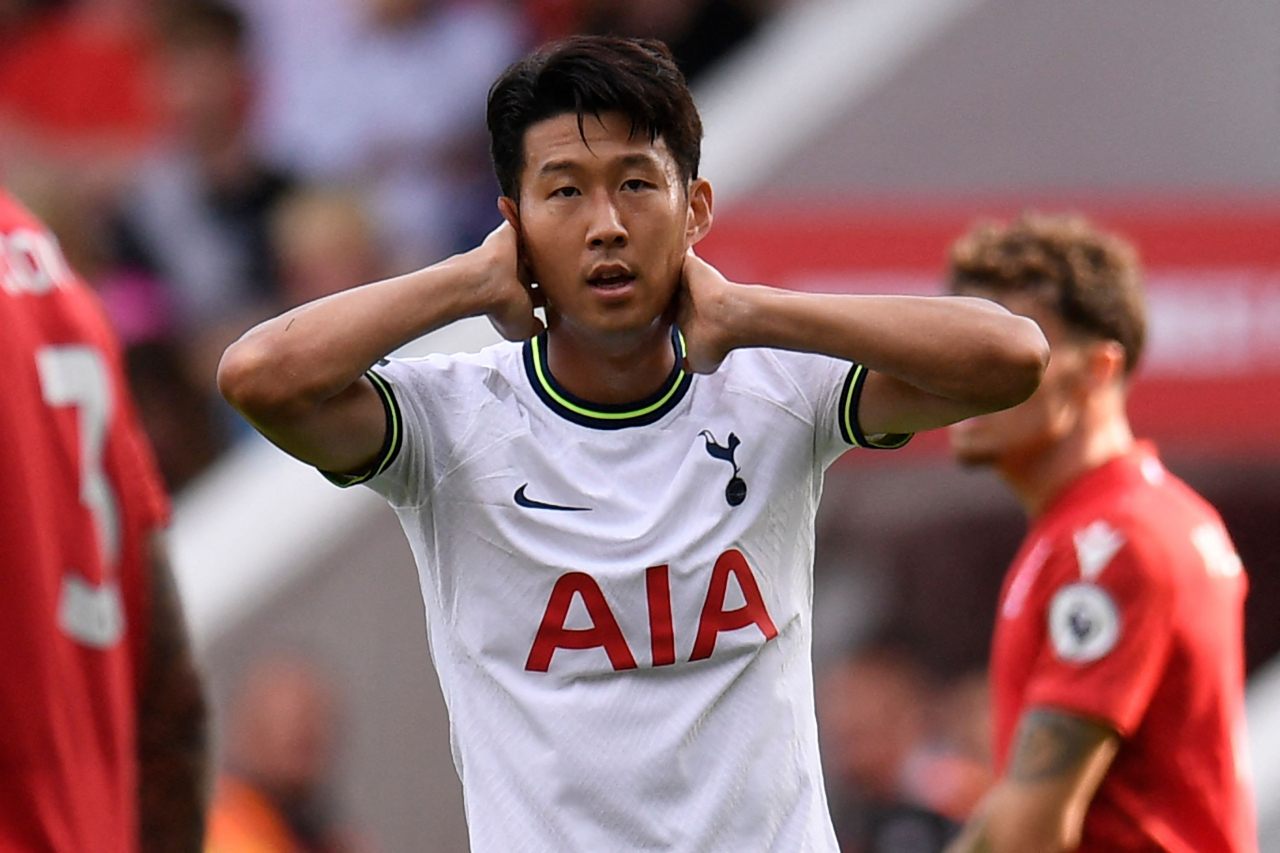 In this AFP photo, Son Heung-min of Tottenham Hotspur reacts to a missed opportunity against Nottingham Forest FC during the clubs' Premier League match at The City Ground in Nottingham, England, on Sunday. (AFP)

The reigning Golden Boot winner in the Premier League did not find the back of the net in Spurs' 2-0 victory over Nottingham Forest FC at The City Ground in Notthingham, England, on Sunday (local time). Tottenham improved to 10 points, remaining undefeated in the new season with three wins and a draw.

The South Korean star has proven he can score in bunches. After going four games without scoring from October to November last year, Son had a goal each in four consecutive contests. Son later followed a five-match drought by scoring eight goals in his next seven games. Son closed out last season with six goals in his last five matches.

Son got the start up front, alongside Harry Kane and Dejan Kulusevski. And the latter two connected for the game's first goal in the fifth minute, with Kane converting a Kulusevski setup to extend his scoring streak to three matches.

Son's right-footed attempt from outside the box in the 16th minute went just over the net. Then just past the hour mark, Son's left-footed shot was turned aside by goalkeeper Dean Henderson.

In the 74th, Son was subbed out for Richarlison, who assisted on Kane's second goal of the game seven minutes later.

Tottenham will next face West Ham United on Wednesday. (Yonhap)