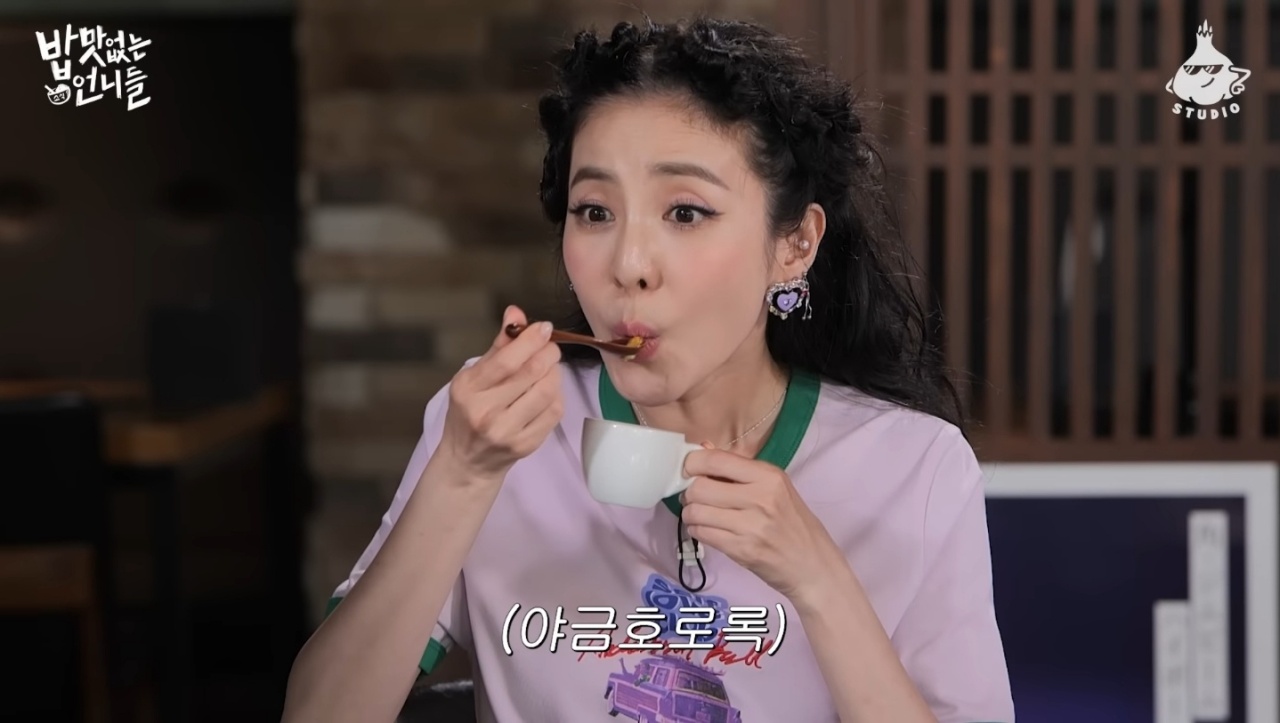 “Meokbang,” also known as mukbang, in which streamers showcase themselves having a huge meal, has been a globally popular form of online content.

Now, some Korean viewers who have grown tired of watching this content are turning their eyes to a new kind of meokbang that feature “sosikjwa,” referring to people who eat a surprisingly small portion of food.

In the show, the two stars, who claim that they usually do not have an appetite, dine with celebrities who are foodies. The rule of the show is that nobody should force the two hosts to eat more than they are willing to, showing how people with big and small appetites eat together harmoniously. When the hosts are full, they say “I’m good” and finish their meal.

Five episodes of the show have been released so far, with each garnering around 2 million views with lots of positive reviews.

Co-host Park noted during the show that she gets recognized on the street more by young people as a soshikjwa rather than as a former girl group member.

“When I walk on the street, people want a photo with me. People of the (millennial and Generation Z) come up to me,” Park said of people who watch her YouTube show.

“This show has a positive impact. I usually swallow my food quickly, but after seeing So-hyun chew her food for a really long time, I tried eating like her. I feel like I have fewer digestive problems and feel that I’m full sooner,” an online commenter said about “Unni without Appetite.”

“I watch this show regularly. It has a kind of calm and relaxed vibe that other meokbangs do not usually have,” another comment said. 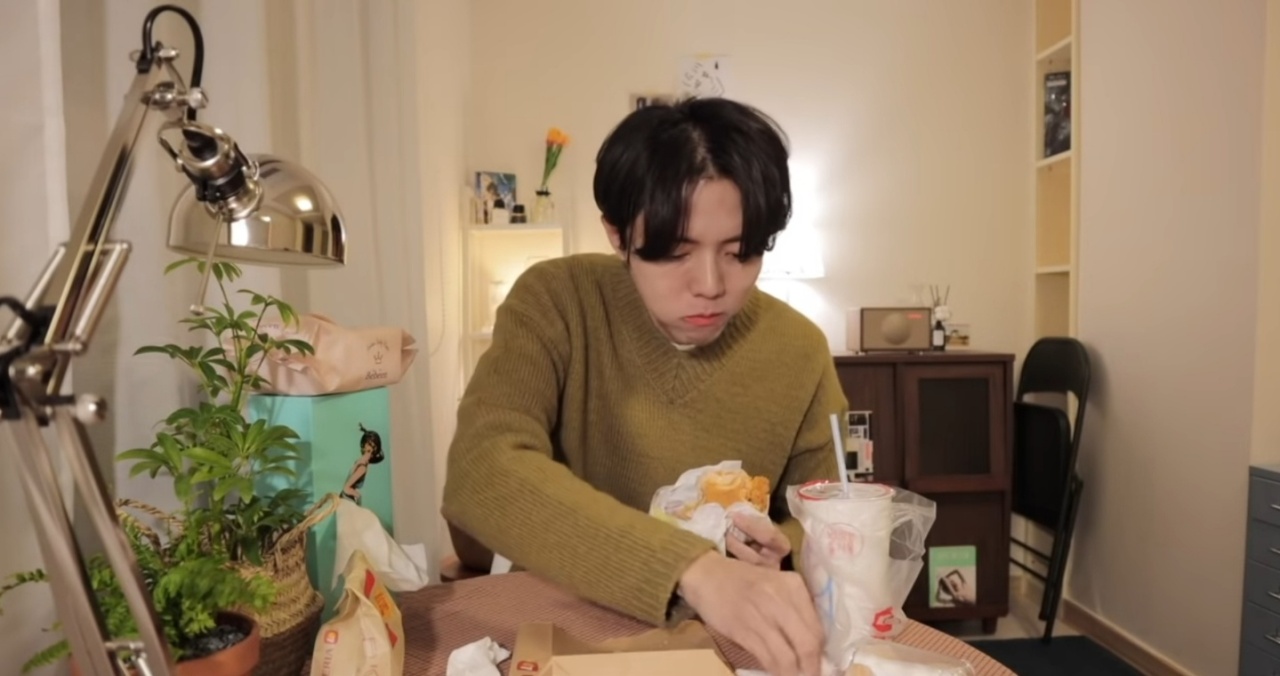 His viewers seem to love Joo’s meokbang because he eats an ordinary amount of delivery food extremely slowly and has good table manners.

“I also eat slowly like him, so it is nice to watch him eat while I am having my meal. It feels like I am dining with him. When I watched meokbang, it seemed like they gulped down a large amount of food at once, barely chewing them. It felt like I was watching a show. But Woo-jae’s meokbang is different,” a viewer commented on one of his meokbang videos.

This trend also has influenced popular TV shows like “I Live Alone” which features a day in the life of celebrities who live alone.

In the show, music producer Code Kunst surprised the panelists by only eating a small portion of food before saying he was full.

“I think these kinds of people should appear on TV more often. People like me who take 30 minutes to eat a banana. I have been scolded so many times and treated like an outsider because I cannot eat a large portion. Watching him makes me feel good,” an online commenter said about the TV show. 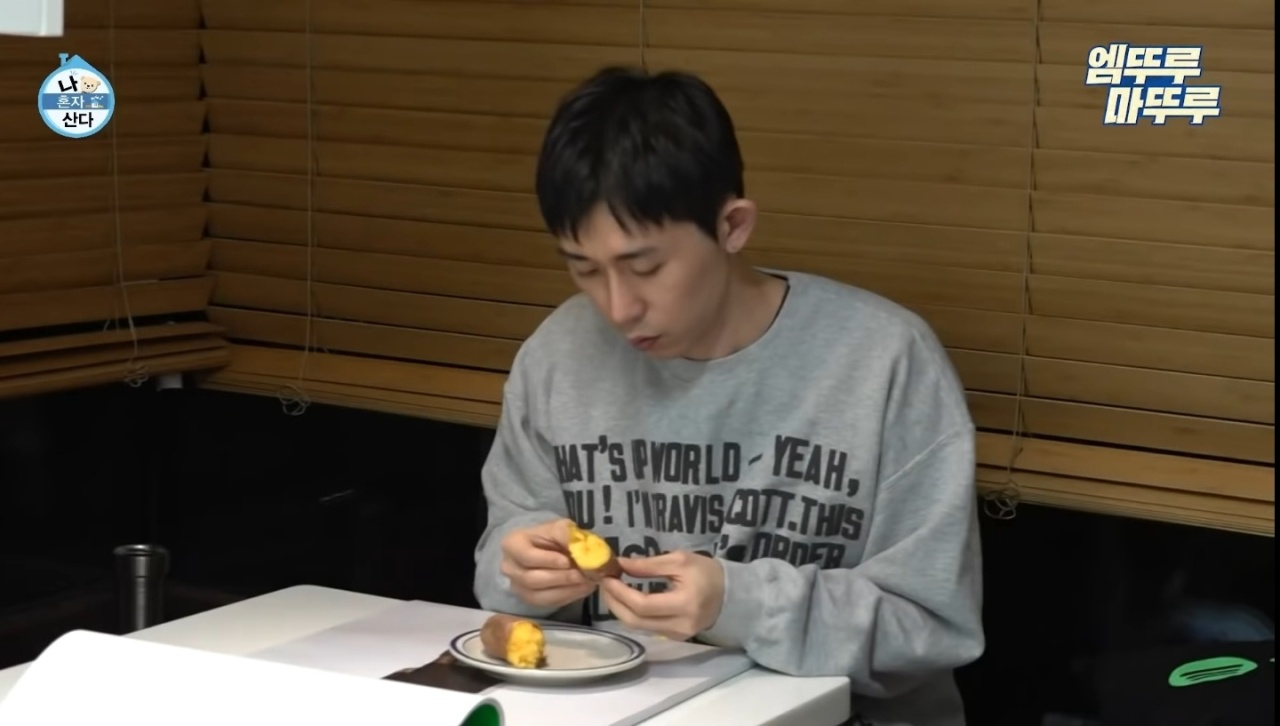 Culture critic Lee Taek-gwang suggests the new trend is catching on because the meokbang market is a red ocean.

“Since the market is saturated, they are appearing as content for a niche market,” Lee said. “But I would not say that the existing meokbang trend of eating large portions has been replaced. It still is popular.”

Lee also added that the two different trends might look like they are featuring opposite ways of consuming food, but they both have a common element which is that they can awe the viewers.