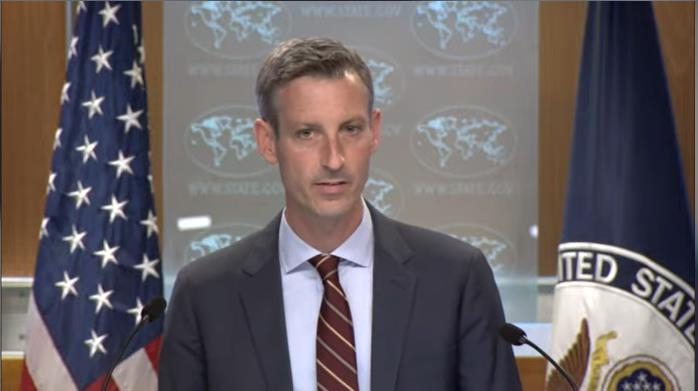 Any nuclear cooperation between North Korea and Iran is concerning, a state department spokesperson said Tuesday, calling the two countries the "most acute proliferation threats."

"We have released information on this. Some of this information has been reportedly publicly as well," the spokesperson said when asked about possible nuclear cooperation between Pyongyang and Tehran.

North Korea has long been suspected of exporting its weapons of mass destruction and related technologies, including those of nuclear weapons program, to countries such as Iran.

Price said it was concerning to see any nuclear cooperation between "two of the most acute proliferation threats the world faces -- the DPRK, a regime that has, of course, already a nuclear weapons program and Iran, a regime that has advanced its nuclear program in a way that is of concern to us."

"So any cooperation between countries that have consistently and unapologetically flouted multiple UN Security Council resolutions, the international norms, who have engaged in malign and malicious behavior both in their respective regions and around the world, that is, of course, a concern to us," he added. (Yonhap)