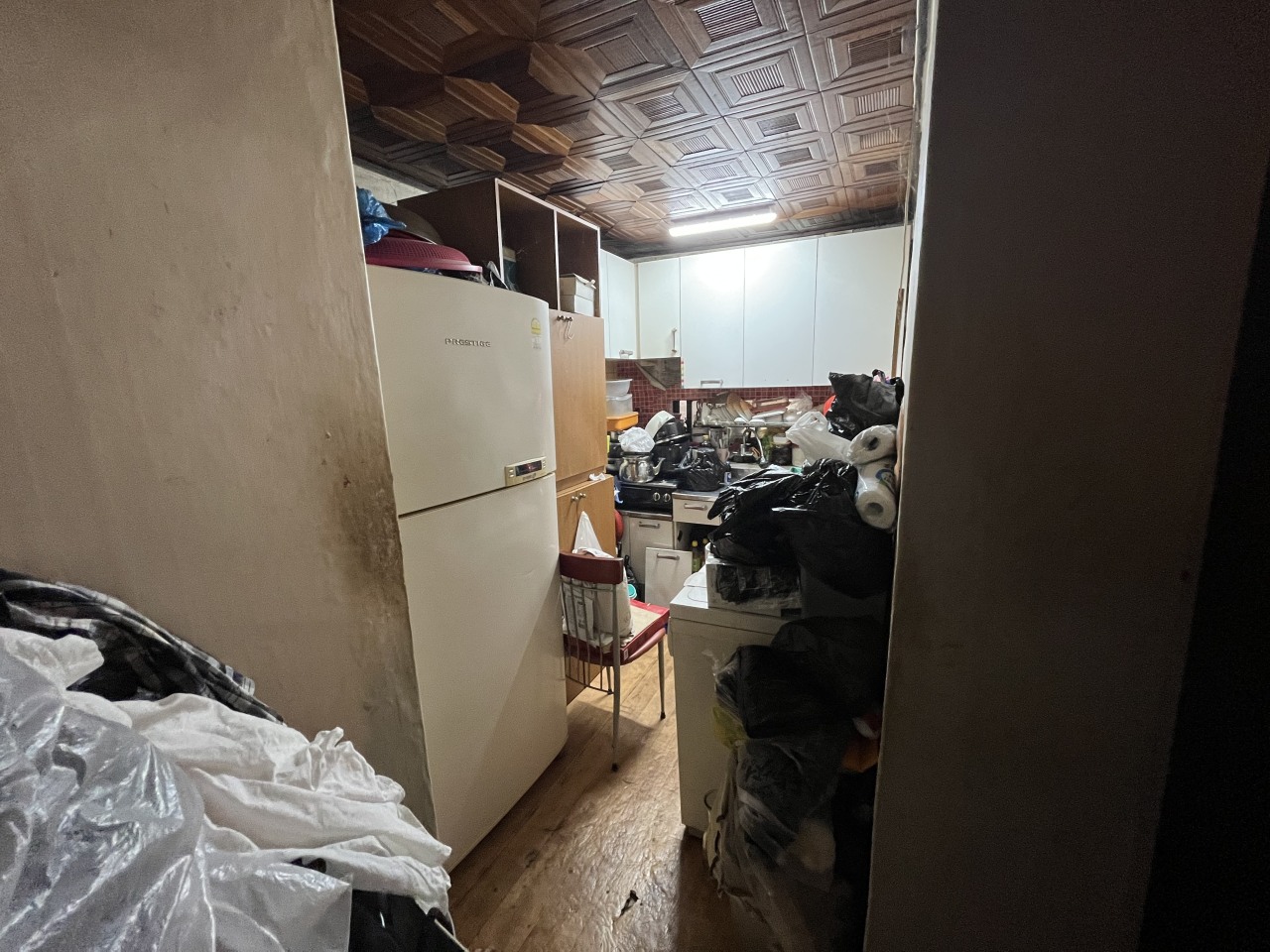 Sohn Mal-nyeon’s home is located in one of the alleyways around Namsung Sangye market in Seoul’s southern central Dongjak, which was among the districts hit hardest by the heavy downpour. (Kim Arin/The Korea Herald)
Seoul is banning subterranean living spaces after a series of deaths due to flooding. Over the last three days of downpour, a child and three adults drowned in their semi-basement homes, known as “banjiha.”

Seoul announced Wednesday that in the next two decades, it would phase out all forms of underground residences that are home to about 5 percent of all families in the city.

Mayor Oh Se-hun said in a press release that banjiha homes were “residential structures that threaten the safety of their occupants” and that they needed to be abolished.

“This is going to be a long-term project for improving the safety of homes across the city,” he said.

But for many of the banjiha dwellers, leaving is not an option. 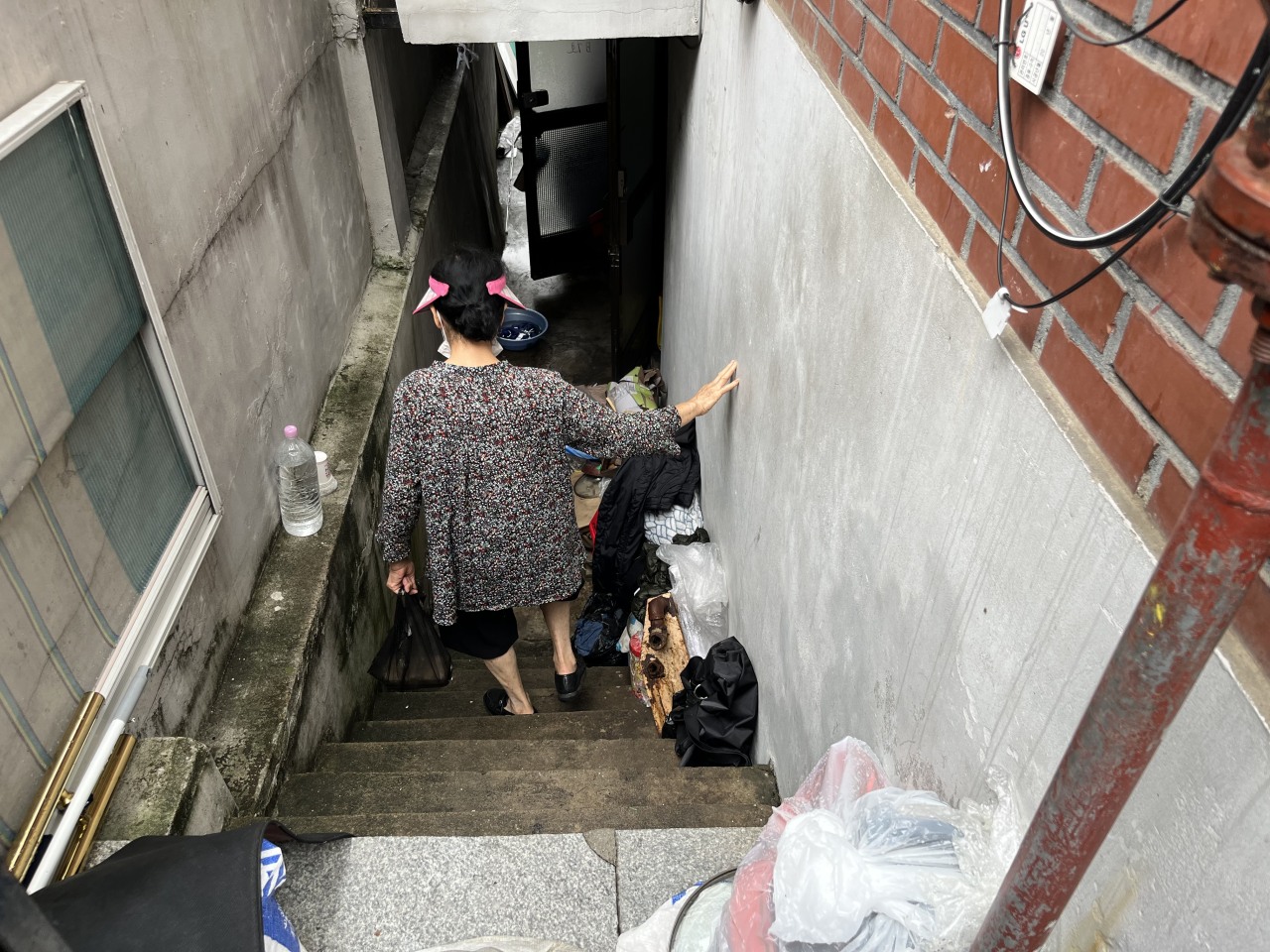 Sohn goes down the stairs leading to the entrance of her basement home. Piled up against the wall are wet household goods damaged by the rain. (Kim Arin/The Korea Herald) 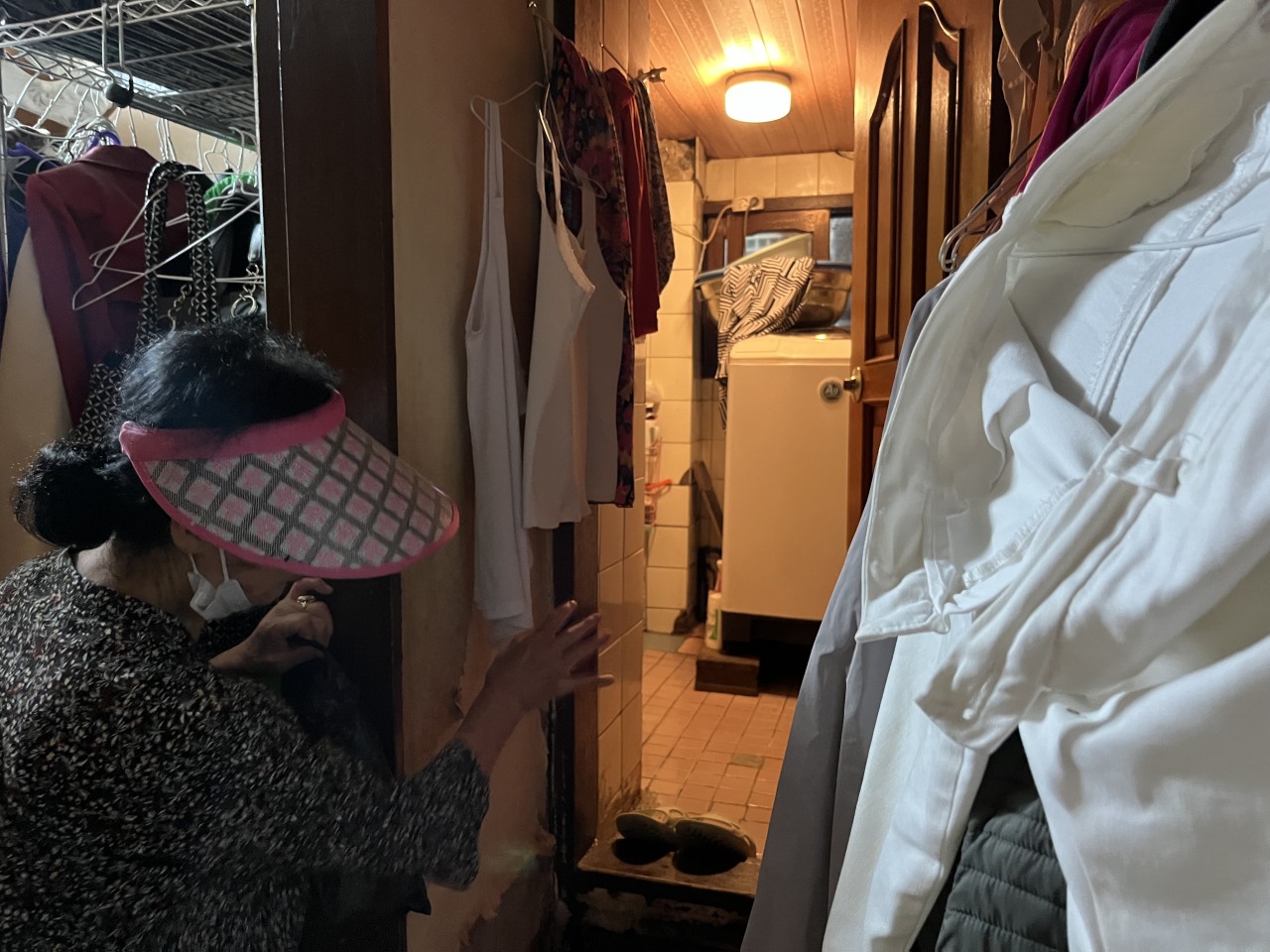 Sohn said water poured in through the windows of her bathroom and kitchen. At one point, the water was up to her knees, she said. (Kim Arin/The Korea Herald)
Sohn Mal-nyeon, 77, has been living in her two-room basement unit in Seoul’s southern central Dongjak since her daughter, now 51, was a toddler. Two months ago, her husband moved to a nursing home in Namyangju, about an hour’s drive away, leaving her to live by herself.

She said that on the first night of the downpour, the local community service center called and asked her to spend the night there with some of her neighbors who had to flee their homes.

“I didn’t go. I was trying to keep the flooding out using a bucket and a mop,” she said.

But the water pouring in from the windows of her kitchen and bathroom -- the only windows -- eventually filled up to her knees. The murky, blackened water smelled, she said.

“It’s probably from a sewage overflow. I can’t seem to get the smell out,” she said. “The power is back but my refrigerator broke down. All the food is spoiled. The floor and furniture are still wet. I don’t think I can use them again.”

She said she was staying in the building’s attic for the time being.

On the Seoul mayor’s plan to phase out banjiha homes, like the one she lives in, she said she didn’t think it was going to happen. “Well, what do you expect people to do? They live here because it’s cheaper, you know,” she said.

Another banjiha resident in the same neighborhood, asking to be quoted only by her family name, Baek, said her “whole life is already here.”

Although she was aware of the dangers, she “wouldn’t know where to go,” she said.

In Dongjak, one of the districts to suffer a heavier blow from the rain, a woman in her 50s with a mental disability was unable to escape her flooding underground home in time and later found dead on Tuesday.

Underground homes are very common in the capital, more than anywhere else. According to statistics, some 95 percent of the country’s 379,605 basement or semi-basement residences can be found in Seoul.

People Power 21, a civic group based in Seoul, pointed out in a statement Thursday that the metrogovernment office’s past attempts to regulate “unlivable” residences, including banjiha, had repeatedly fallen through.

In 2012, after the laws were amended to bar additional construction of banjiha homes, tens of thousands were still newly built due to loopholes in surveillance, the group said.

“The recent flooding deaths were a familiar disaster that could have been prevented if Seoul had taken the steps that it had proposed in the past.”

Chang Dukjin, a professor of sociology at Seoul National University, told The Korea Herald that doing away with banjiha is “a step in the right direction, in that we are raising the minimum standard of living.”

“But the challenging part would be to figure out the practicalities of budget for helping the residents relocate, providing them with alternative housing options.”

The minor Justice Party on Thursday said the deaths among vulnerable residents make a case for expanding public housing in the country’s expensive capital. “Our government is obligated to come up with more housing that meets the basic standards of safety and prohibit ones that don’t,” the party said.

President Yoon Suk-yeol on Wednesday called for arranging state-owned housing for a 70-something woman who lost her two daughters in their 40s and a school-age granddaughter in banjiha flooding. The family drowned in their home in Gwanak in the early hours of Tuesday as they waited for help.

After visiting the family’s flooded home, Yoon told a Cabinet meeting Tuesday that “never again should we allow preventable tragedies.”