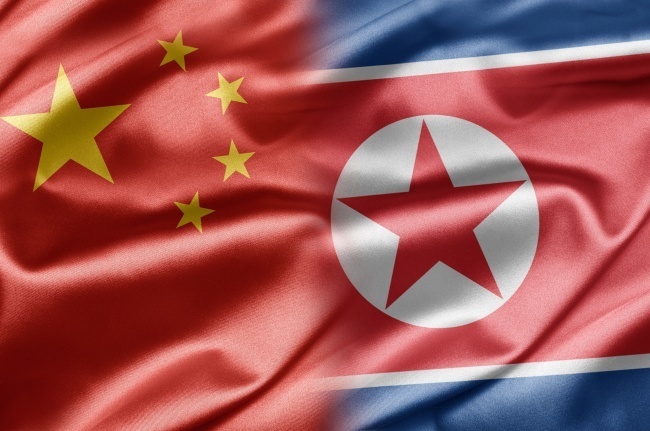 (123rf)
North Korea’s ruling party condemned the US House speaker’s recent visit to Taiwan as a “grave threat to regional peace and stability,” pledging to provide unwavering and full support to China’s resolution on the Taiwan issue.

The letter was conspicuously sent on the day when South Korea’s Foreign Minister Park Jin and his Chinese counterpart Wang Yi met in the eastern port city of Qingdao in China and discussed a wide range of bilateral and regional issues.

In the letter, North Korea’s party “labeled an openly committed junket to Taiwan by an incumbent high-ranking US official as a grave infringement of China’s sovereignty and territorial integrity,” KCNA reported, referring to US House Speaker Nancy Pelosi’s two-day stop in Taipei on Aug. 2 and 3 during her Asia tour.

The letter also denounced Pelosi’s stop in Taipei as an “unpardonable political provocation aimed at undermining the authority of the Chinese Communist Party and hindering the successful holding of the 20th Party Congress.”

“The Central Committee of the Workers’ Party of Korea sternly condemned the US’ unscrupulous provocation as a serious challenge to the socialist cause of China, ruthless interference in the internal affairs of a sovereign state and a serious threat to regional peace and stability,” KCNA said in the Korean-language report.

In the letter, North Korea’s ruling party also claimed the principal goal of the Biden administration’s Indo-Pacific engagement strategy is to “block the growth and development of socialist China and its cause of national reunification” with Taiwan.

The party went on to say that the US has “sought to fabricate a source of trouble and mislead the international public opinion in order to implement its strategic plans under the pretext of controlling” the situation, labeling the move as the US’ “deep-rooted modus operandi to implement its policy.”

North Korea has also claimed that the US has “applied old tricks most intensively and despicably to isolate and stifle the socialism of the DPRK and China.”

N. Korean support for Chinese reunification
Against that backdrop, North Korea’s ruling party committed to continuously providing unwavering support to Chinese leader Xi Jinping to protest against the US and achieve reunification with Taiwan in the letter.

The North Korean party expressed “full support and solidarity with every powerful, justifiable, legitimate measure taken by the Chinese Communist Party and the Chinese government to resolutely repel the US tyranny, safeguard the territorial integrity of the country and achieve the cause of reunification of the Chinese nation.”

“The Central Committee of the Workers’ Party of Korea said it would continue to completely support the Chinese Communist Party’s legitimate position and all its determinations on the Taiwan issue, and it will always stand with Chinese comrades on the path to realization,” the letter read, according to the KCNA.

North Korea’s party also expressed confidence that China will successfully hold the 20th Party Congress, which will be a “major milestone in the new historical path to the great revival of the Chinese people.” The Chinese leader is expected to secure a norm-breaking and unprecedented third term as party chairman at the upcoming congress, which is set to be open this fall.

Jo Yong-sam, director general of the Department of Press and Information of North Korea’s Foreign Ministry, also censured Pelosi’s stop in Taiwan and South Korea as well as her previous trip to Ukraine in April in another statement issued on Aug. 6.

“The US will have to pay dearly for all the sources of trouble spawned by her wherever she went,” Jo warned.

Amid a growing US-China rivalry, North Korean state media outlets have frequently issued statements that show close coordination with China on global issues and denounce the US Indo-Pacific strategy. The media reports also seek to show off its triangular alignment with China and Russia as the US has faced intensifying conflict with the two countries.