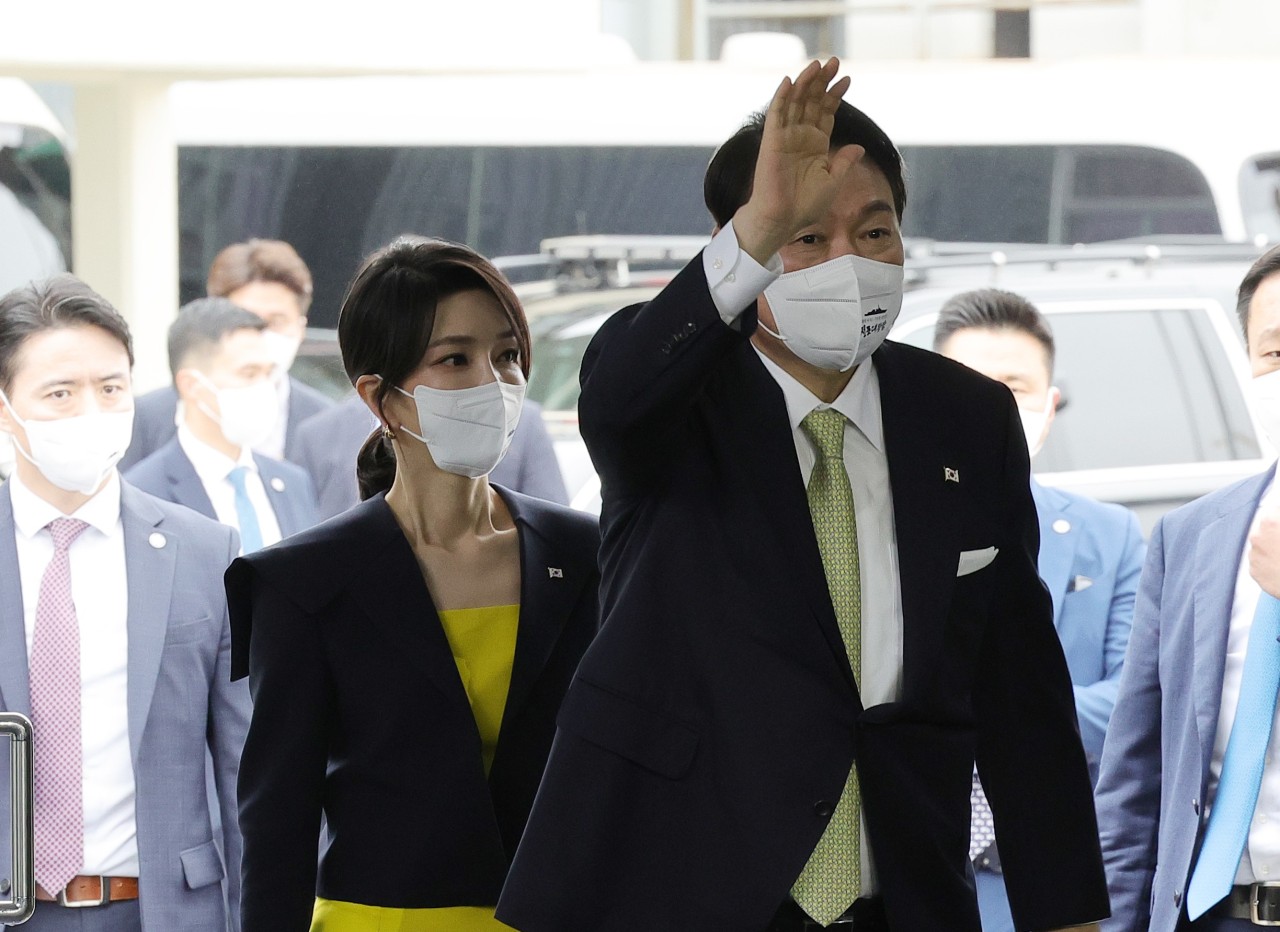 Kookmin University, where Kim attended her Ph.D. program, announced after eight months of investigation on Monday that among Kim’s four controversial papers, doctoral dissertation and two articles published in academic journals had no sign of plagiarism, saying “they do not correspond to plagiarism or cheating to the extent that it seriously deviates from the scope normally accepted in the academic field.“

The university did not make a decisive conclusion on the remaining paper, saying that it could not be judged whether it is problematic or not.

A committee of the Kookmin University alumni released a statement demanding elucidation on Tuesday. “Release the list of members and final report of the investigation commission to clarify whether the result was based on objective scrutiny,” they wrote in the statement.

“The controversy, which has driven the entire nation into conflict, is initially due to Kim’s insincere attitude, but ultimately Kookmin University is also responsible for worsening the matter with poor verification,” they added.

The anonymous online student community also deplored the judgment, saying that the school had overlooked the obvious plagiarism, intimidated by the current Yoon Suk-yeol administration.

The main opposition Democratic Party also strongly criticized the investigation result. Rep. Kang Min-jung of the Democratic Party appeared on the radio show on Monday and said, “August 2, 2022, is the day when Kookmin University died. It had failed to secure the very foundation as an educational institution.”

“Kookmin University had given indulgence for plagiarism. Many experts admitted that Kim‘s thesis is plagiarized, but the University has concluded the opposite,” said Rep. Woo Sang-ho, chairman of the Democratic Party of Korea’s emergency committee, during the meeting at the National Assembly Wednesday.

Suspicions of plagiarism of Kim’s thesis were raised in July 2021. The doctoral dissertation showed a plagiarism rate of 17 percent by verification software, and papers published in academic journals showed a plagiarism rate of more than 40 percent. One paper had misinterpreted ”membership retention“ as ”member Yuji“ - ”yuji“ being the Korean word for retention or maintaining -- in the English abstract, fueling the controversy over the poor quality of papers.