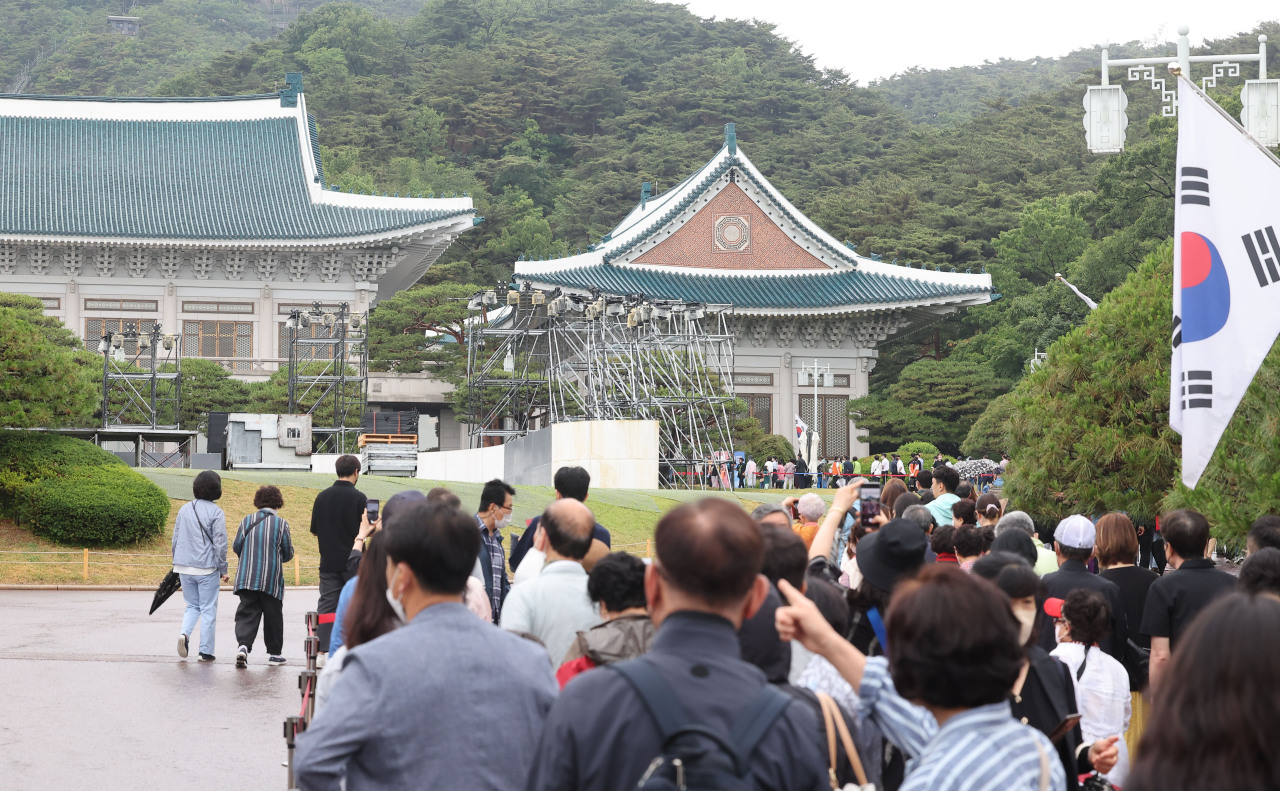 Visitors wait in line to enter the main office of Cheong Wa Dae on June 15. (Yonhap)
The majority of visitors gave positive reviews of their Cheong Wa Dae visits, according to a survey conducted by Cultural Heritage Administration on Wednesday.

About 89.1 percent of the respondents answered that they were satisfied with the visit, while 87.5 percent said they would recommend visiting the iconic site to others.

More than 60 percent answered that the most satisfying point of the visit was “walking around Cheong Wa Dae grounds and appreciating its landscape.”

The most popular reason given for visiting Cheong Wa Dae was “out of curiosity about where presidents actually worked,” at 36.9 percent. Other reasons given included “it was the first time it was open to the general public” at 29 percent and “interested in Cheong Wa Dae’s historical connection to Gyeongbokgung Palace” at 11.8 percent.

When asked about the management of Cheong Wa Dae and its operations, 64.3 percent answered that “preservation” of the buildings and the natural greenery is essential. In comparison, 23.8 percent said that programs promoting its historical and symbolic significance are needed.

Regarding the buildings, such as Yeongbingwan, the state reception hall, most people said they would want to keep the original uses and maintain the landscape as a conservation area rather than using them as space for music performances.

However, the lack of convenient facilities and lengthy wait time for indoor viewings should be improved, the respondents said.