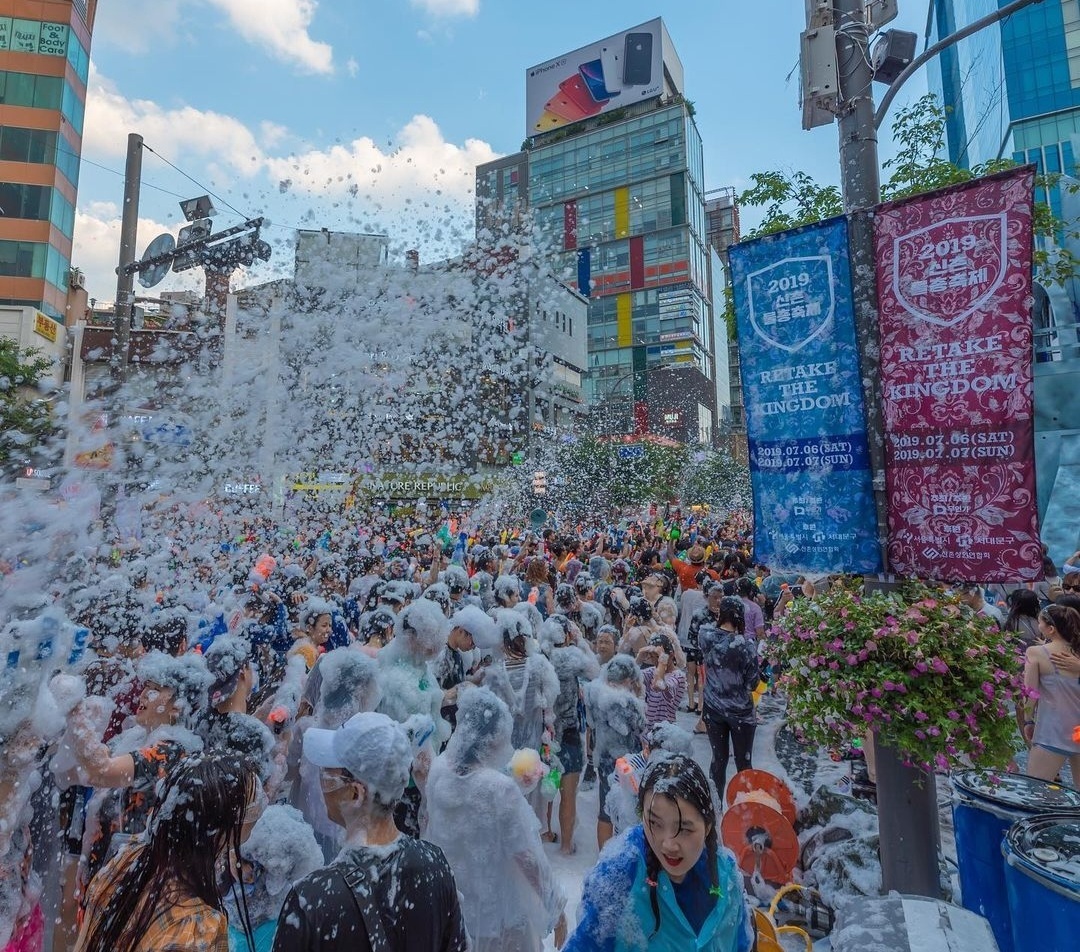 Jointly sponsored by the city of Seoul, Seodaemun-gu Office and Sinchon Merchants’ Association, the Sinchon Water Gun Festival attracted over 1 million cumulative participants from 2013 to 2019. The festival has been halted for the past two years due to the COVID-19 pandemic.

The relaunch of the annual festival, recognized as one of Seoul’s representative festivals by the city and Seodaemun-gu Office in March, was confirmed June 16.

“We are very frustrated at this point, since the Seodaemun-gu Office unilaterally notified us so close to the festival date,” the festival’s organizer told The Korea Herald.

The organizer added that artists and singers scheduled to perform during the festival period are also disappointed to hear that the outdoor festival is being canceled.

The full refund process has been underway since Thursday morning, and those who made reservations will be informed of the cancellation via text message, according to the organizer.