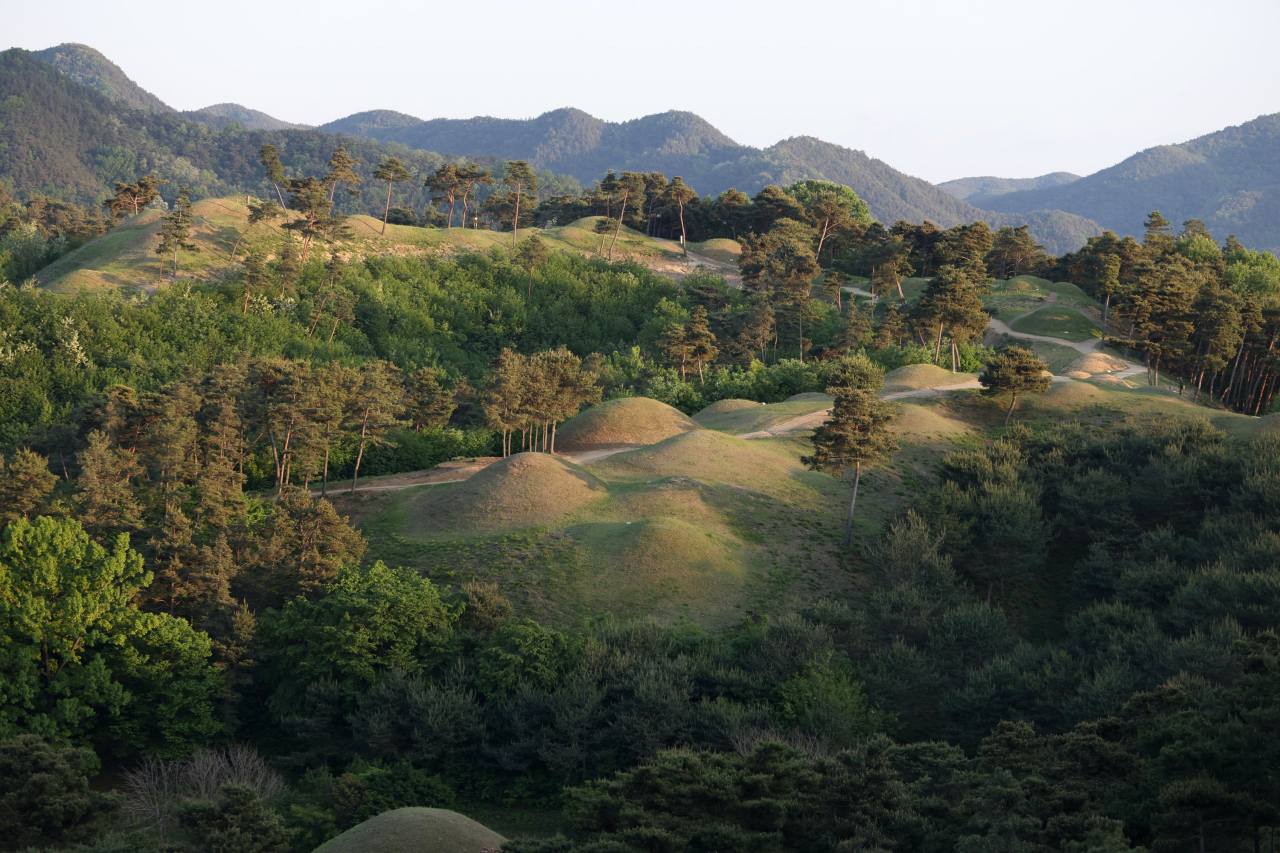 Dae Gaya tombs built on top of a mountain in Goryeong, North Gyeongsang Province, Korea. Photo © Hyungwon Kang
Korean history has always favored the victors as the kingdoms which have disappeared have no voice except for their legacy.

The Gaya Kingdom of Korea, more accurately Gaya Confederacy, founded in 42CE, had a relatively short history by Korean standards, but we are still learning about them from their music and the artifacts buried with their rulers.

After the last Gaya Kingdom fell to Silla in 562, Gen. Kim Yu-sin, a Gaya descendent, went on to lead the unification of the Three Kingdoms by Silla, which lasted another five centuries after the fall of Dae Gaya.

In addition to the aesthetically pleasing and beautiful curves of Gaya‘s pottery, the Gaya civilization was known for its ironwork, including steel armor. Gaya‘s prized body armor and protective body armor for horses, one of the innovations which defined Gaya, are also found in Japan’s ancient tombs, linking the two cultures that were separated by only 213 kilometers from Busan to Fukuoka across the Korea Strait. 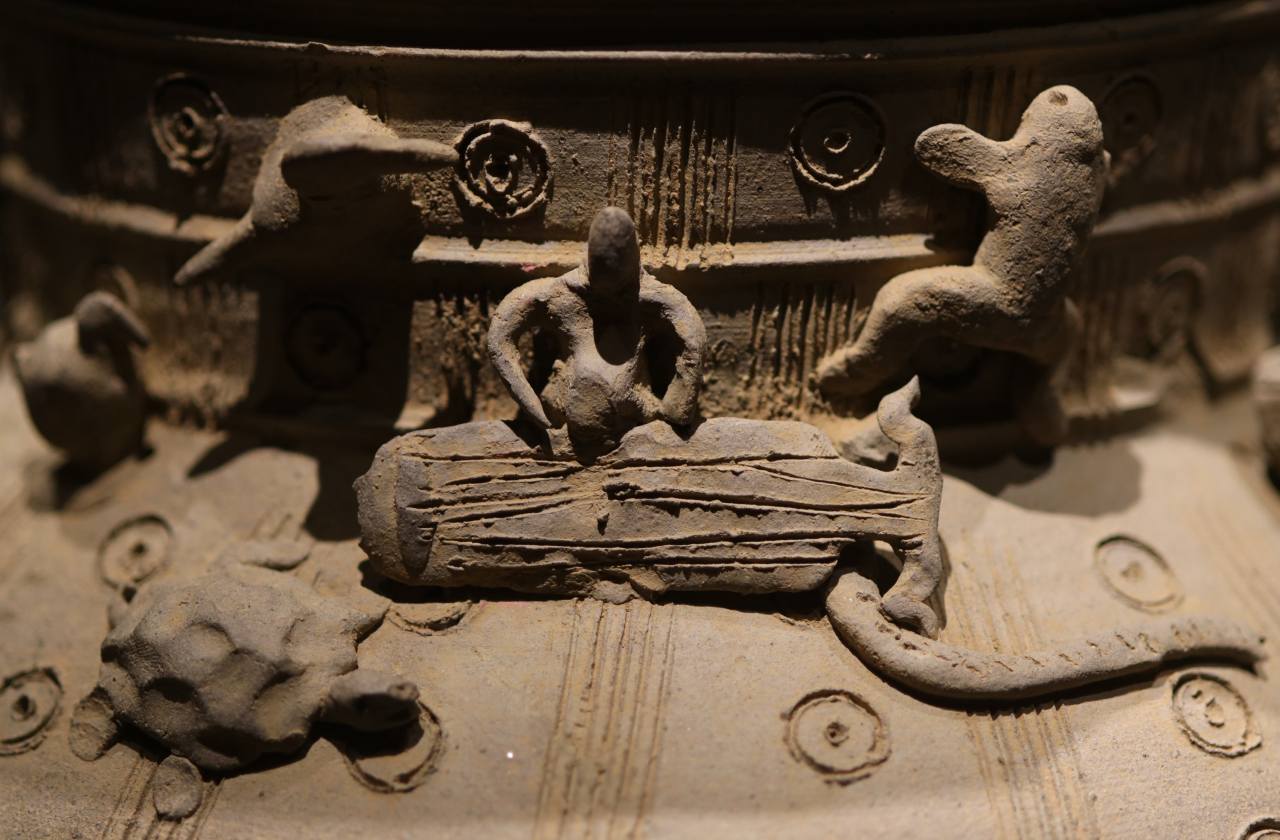 A clay figure of a gayageum from the Gaya period (42 - 562) is on display at the National Museum in Gyeongju in Gyeongju, North Gyeongsang Province.Photo © Hyungwon Kang
Gaya was the original steel producer of Korea. “The earliest evidence of steel production of all of Gaya was in Jangsu County, North Jeolla Province.” said Kwak Chang-keun, the head of the Gaya Culture Institute at Kunsan National University, “There are more than 350 iron production ruins on the entire Korean Peninsula, and we have located at least 250 ruin sites in North Jeolla Province alone,” said Kwak.

The mountaintop has also been a popular go-to destination for tomb raiders since the Japanese colonial period (1910-1945). When Japan and Gaya met again in the 20th century through extensive digging of Gaya tombs, the industry of antique trading was introduced to Korea. 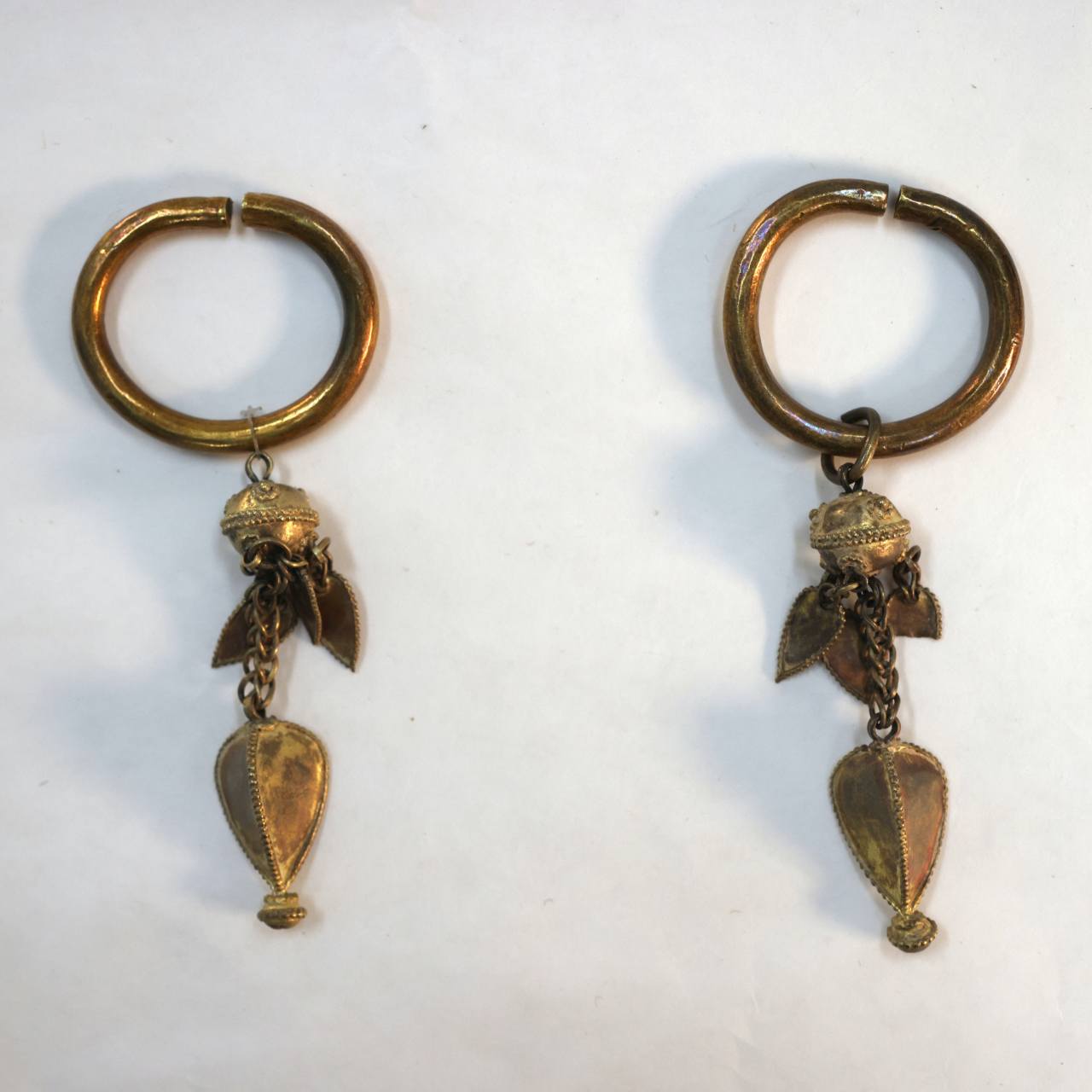 A pair of earrings excavated from a Jangsu Gaya tomb is photographed with special permission at the National Museum in Jeonju, in Jeonju, North Jeolla Province.Photo © Hyungwon Kang
Japanese colonizers had a particular interest in the Gaya civilization as archeological findings linked Gaya pottery culture to ancient Japanese Sue pottery, a blue-gray form of stoneware pottery fired at high temperatures.

A Japanese man named Seiji Okura, who purchased sizable land in Jangsu containing ancient tombs and indiscriminate grave digging, went on there during the colonial period, according to locals.

“I have confirmed the land registry records, which still had Seiji Okura‘s name on it. He was known to have had formidable wealth,” said archaeologist Kwak, who researched Gaya for 30 years.

“Until the 1970s, tomb raiders used to rent rooms in the village below the Goryeong mountain, where hundreds of Gaya tombs are located. They would light up their flashlights and head up the hills after dinner,” said Goryeong native Lee Yong-ho, a docent at the Dae Gaya Museum.

“When I was in elementary school, our summer vacation project was to bring an artifact from the Gaya tombs. It wasn‘t difficult to crawl into one of the openings which tomb raiders had already dug up. We would find pottery and other items still inside the tombs. The teachers took the nice ones and displayed broken pottery. We even played games where we threw stones to try to hit the Gaya pottery,” said the docent.

Academic researchers have been excavating what’s left of the Gaya tombs and finding that “Evidence of tomb raiding is a major confirmation of whether ancient tombs are actual tombs after centuries of flattening of the tomb mounds,” said Jeong Dong-lak, director of Dae Gaya Museum. 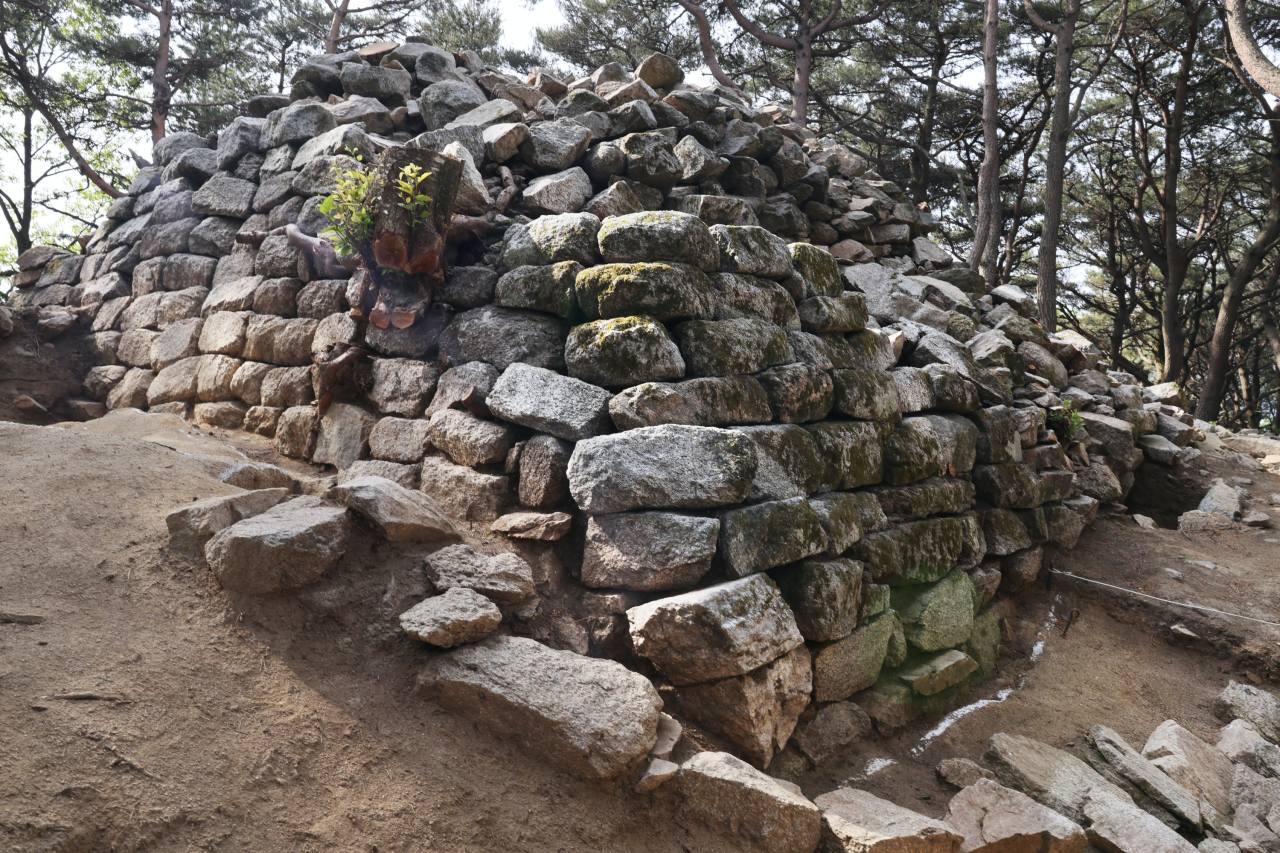 At the Dae Gaya ruins, researchers discovered evidence of sunjang, sacrificial killings and burials in royal tombs. In addition, a large number of pottery filled with grain, weapons, horses with armor and decorative ornaments for the journey into the next world were discovered, a practice inherited from Gojoseon (2333-108 BC).

Sunjang victims include a diverse group of people, from a seven- or eight-year-old child to older people doing various tasks a king would need in the afterlife, for example, soldiers, aides, chefs, farmers, artisans, fishers and even a caretaker for the king’s horses. Various relationships were identified, including sisters, couples, parents and children. It was a comprehensive entourage for the next world, according to Jeong.

Whether the sunjang victims were forced to face death is debated. ”It looks like a murder when even a child is included, “ said Park Cheun-Soo, director of the Silk Road Survey & Research Center in the Department of Archaeology & Anthropology at Kyungpook National University.

However, there could have been other factors that might have motivated one to choose death, such as providing lasting welfare for the remaining family. ”There seemed to have been a societal accommodation of the sunjang at the time which enabled people to join the deceased ruler willingly,“ said Jeong.