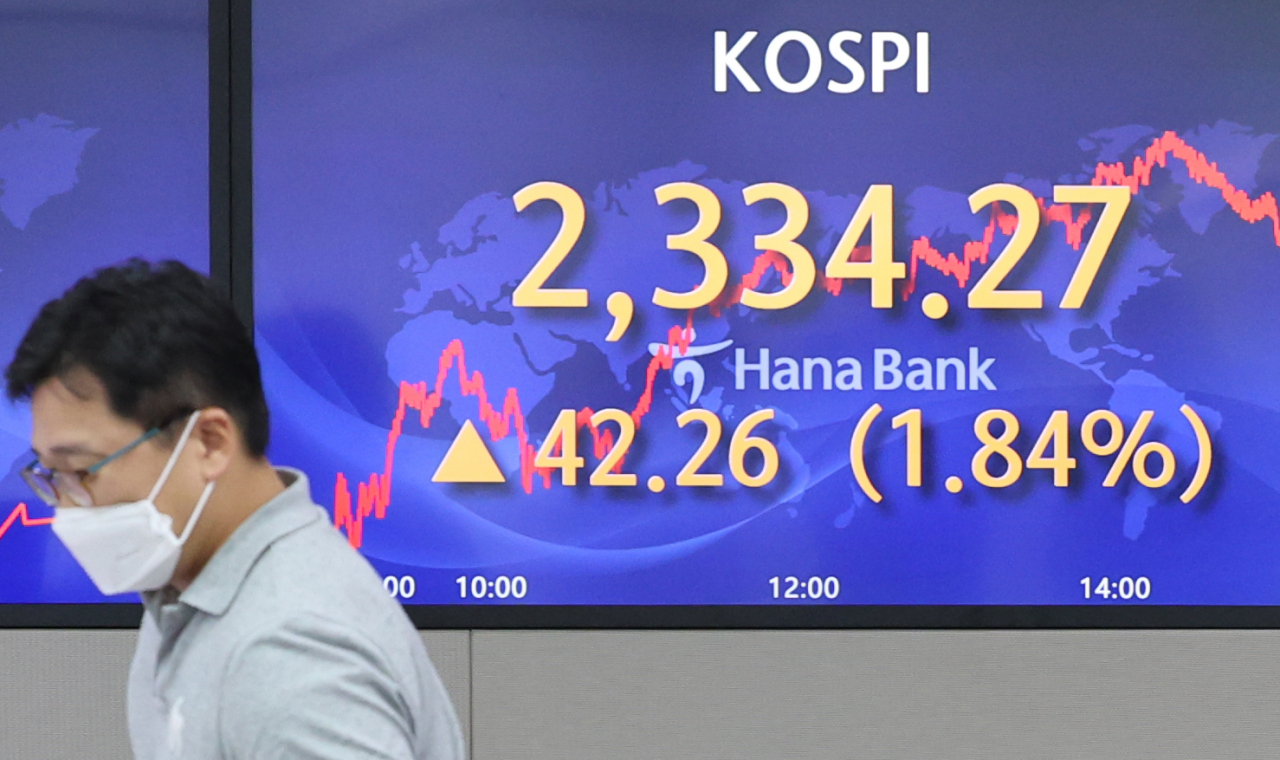 South Korean stocks bounced back Thursday from the previous day's 20-month low as the US Federal Reserve's minutes indicated cautious optimism over the economy's long-term prospects, despite impeding rate hikes. The Korean won gained ground against the US dollar.

"The Fed expressed optimism about the economy and anticipated that it's on track for moderate second-quarter growth, easing recession worries," said Seo Sang-young, an analyst at Mirae Asset Securities Co.

The Fed minutes of its June policy meeting, released Wednesday (US time), showed that the Fed needs to raise the interest rate by another 0.5-0.75 percentage point this month and an even larger rate hike could be necessary if inflation persists.

The Fed officials noted that a sharp rate hike is still appropriate even if it means it would slow the economy and showed optimism about the economy in the long-term, although they lowered the gross domestic product forecast to 1.7 percent for 2022 from the earlier estimate of 2.8 percent.