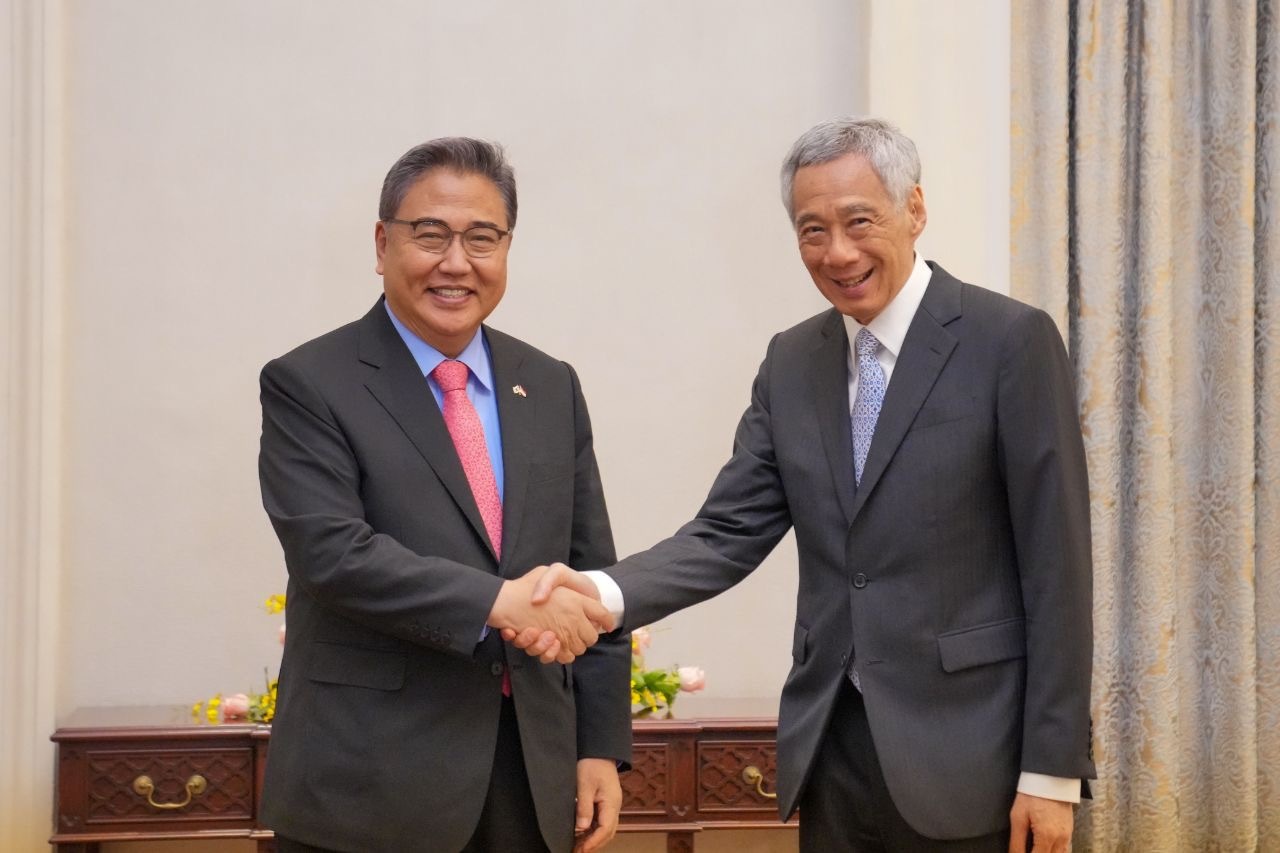 In his visit to the Southeast Asian country, Park also met with his Singaporean counterpart, Vivian Balakrishnan, and Trade and Industry Minister Gan Kim Yong on Wednesday to exchange views on regional affairs and agree to strengthen their partnership on economic and security fronts.

During his courtesy call to Lee, Park stressed how the South Korean government seeks to closely work with Singapore, a core member of the Association of Southeast Asian Nations, to form a rule-based order in the region.

Park also explained that the government also seeks to strengthen cooperation in the fields of digital technology, human resources, medicine and culture with ASEAN countries, according to the Foreign Ministry.

Amid increasing missile threats from North Korea, the two sides also shared the understanding that stern measures are needed against the North’s military provocations.

Park also held a banquet meeting Wednesday with Balakrishnan, the Singaporean foreign minister, where he called Singapore the No. 1 ASEAN partner for Korea in the infrastructure construction sector.

The ministers agreed for the two countries to expand their areas for cooperation further into the digital and energy sectors.

Park also welcomed how Singapore is positively reviewing the introduction of small modular reactors and hydrogen energy, and expressed hope to work together in the sector.

The two shared their opinions on the Indo-Pacific Economic Framework, the US-led economic initiative, to which both countries joined as the founding members in May.

Having signed the Korea-Singapore Digital Agreement in 2021, the ministers also reaffirmed their commitments to strengthen cooperation in the field of digital technology.

Rounding out his visit in Singapore, Park took off to Bali, Indonesia, on Thursday to attend the G-20 foreign ministers’ meeting, which runs for two days.

On the first day of the G-20 meeting, which kicked off with a reception on Thursday, Park held a series of bilateral talks with top diplomats from countries including Indonesia and Australia and also small-group talks with foreign ministers of MIKTA -- a partnership of Mexico, Indonesia, Turkey, Australia and South Korea -- and the European Union.

On Friday, Park is also expected to hold trilateral talks with Japanese Foreign Minister Yoshimasa Hayashi and US Secretary of State Antony Blinken on the sidelines of the G-20 foreign ministers’ meeting.