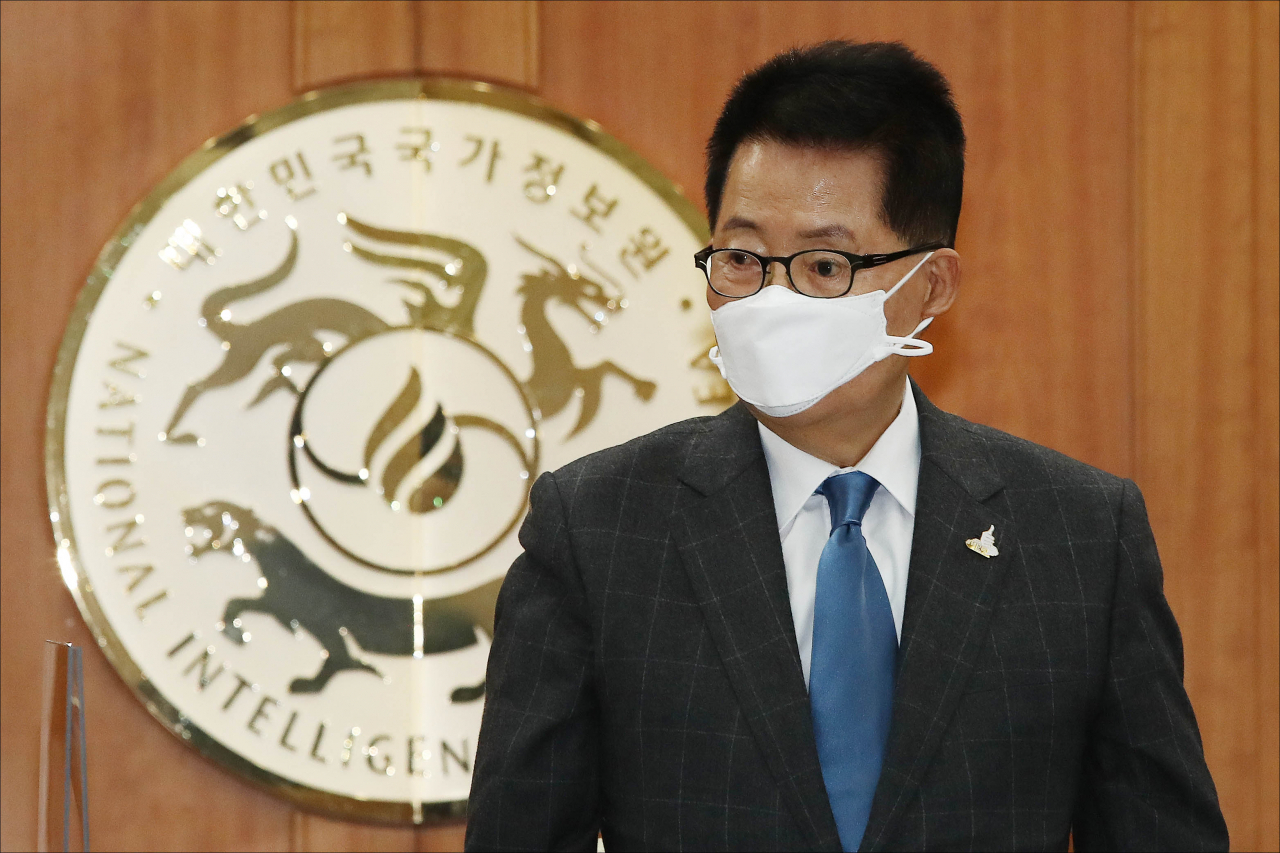 In a message to reporters, the NIS said it reported Park, who served as its director from July 2020 until Moon Jae-in’s term as president ended in May, to the Supreme Prosecutors’ Office after an internal review raised suspicion that he destroyed records related to the case of Lee Dae-jun.

Lee was fatally shot and burned by North Korean troops at sea in September 2020 after going missing while on a patrol duty. South Korean authorities at the time had said Lee appeared to have intended to defect to North Korea -- a determination that was overturned by the Coast Guard last month.

“Last month our leadership formed a task force dedicated to finding out whether there had been any attempts to cover up or twist the facts concerning the case,” an NIS officer told The Korea Herald in a phone call.

The officer said the internal review was conducted independently by the NIS and not as a result of an outside order. He declined to comment as to whether there were more within the NIS other than Park and Suh who might be facing criminal reporting.

Also on Wednesday, the NIS reported Suh, who headed the NIS from June 2017 to July 2020 for “prematurely dropping” the investigation into the 2019 repatriation of two North Korean fishermen who were captured in South Korean waters.

The two were forcibly repatriated despite having expressed intentions to defect to South Korea, after South Korean authorities determined they were criminals who killed their captain and fellow crew to flee North Korea.