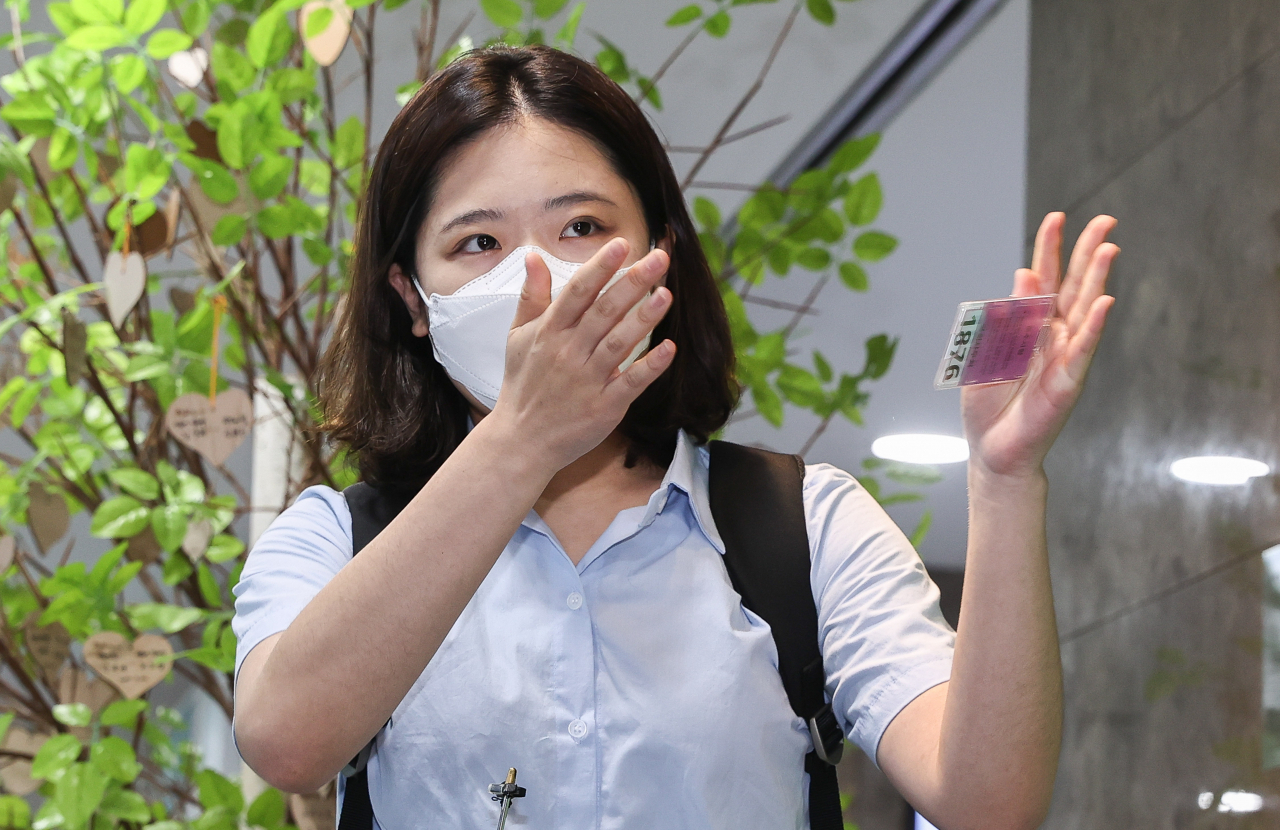 The main opposition Democratic Party (DP) on Monday rejected a request from former interim leader Park Ji-hyun that she be allowed to run for party chairmanship at an upcoming national convention despite her lack of qualification.

Park, a 26-year-old politician seen as a symbol of generational change in the DP, has declared her bid for the party's chairmanship, a month after she stepped down as the party's interim leader following its crushing defeat in last month's local elections.

Under the party charter, however, she cannot run in the leadership election because only those who have held the party's membership for at least six months are qualified to do so. Park joined the party on Feb. 14.

She has called for an exception to be made for her.

On Monday, DP leader Woo Sang-ho said the emergency leadership committee has decided not to make an exception for Park, saying the committee members have not found "any unavoidable reason" to do so.

The DP is set to select its new leader through a national convention on Aug. 28. (Yonhap)