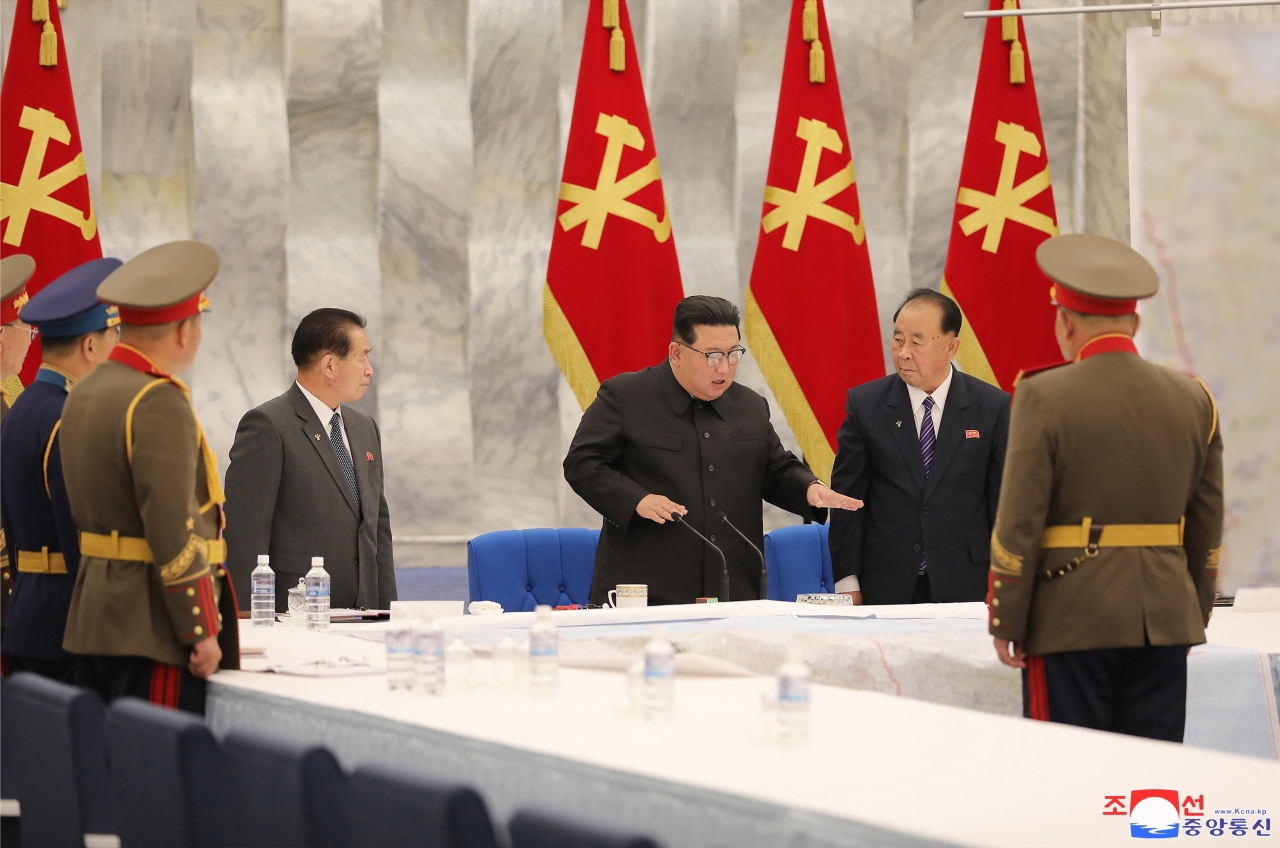 North Korean leader Kim Jong-un (3rd from R) speaks during the second sitting of the third enlarged meeting of the eighth Central Military Commission of the ruling Workers' Party in Pyongyang on Wednesday, to discuss revising operation plans of its front-line units, in this photo released by the official Korean Central News Agency the following day. (KCNA)

Also decided was to "supplement the operation duties" of frontline troops with an "important military action plan," according to the Korean Central News Agency (KCNA), which carried a report on the results of the third enlarged meeting of the eighth Central Military Commission (CMA) of the Workers' Party of Korea that finished the previous day. It did not provide details such as what the duties are and whether the nuclear issue was on the agenda.

The session, chaired by leader Kim Jong-un, came amid widespread speculation that the reclusive North may be pushing for another underground nuclear test following a string of ballistic missile launches.

As he "guided" the meeting, Kim stressed the need for the entire armed forces to "consolidate in every way the powerful self-defence capabilities for overwhelming any hostile forces and thus reliably protect the dignity of the great country and the security of its great people," the KCNA said in an English-language article.

Attendees at the meeting "approved an important issue of providing a military guarantee for further strengthening the country's war deterrent, true to the strategic plan of the Party Central Committee, and ratified the plan for reorganization of military organizational formations," it added.

They also decided to create another vice chair post at the CMA and elect Ri Pyong-chol, secretary of the party's Central Committee, for the position.

After the North test-fired a new tactical guided weapon in April, it stated that the weapon has "great significance" in "enhancing the efficiency in the operation of tactical nukes of the DPRK and diversification of their firepower missions." DPRK stands for the North's official name, the Democratic People's Republic of Korea. (Yonhap)