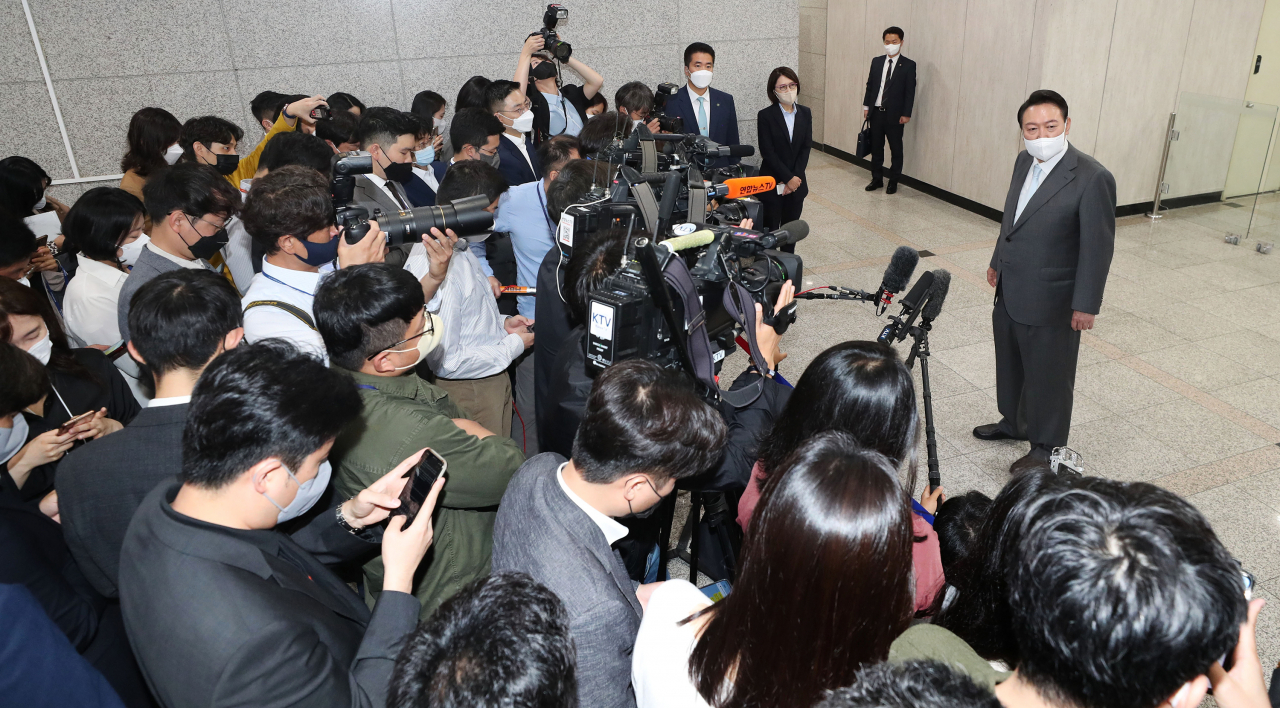 President Yoon Suk-yeol takes reporters' questions as he arrives at the presidential office in Seoul on Wednesday. (Yonhap)

President Yoon Suk-yeol said Wednesday that nothing has been finalized regarding a potential summit with Japanese Prime Minister Fumio Kishida on the sidelines of a NATO gathering in Spain later this month.

"With diplomatic issues, it's a bit difficult for me to confirm anything before it's decided, but nothing has been finalized," Yoon told reporters as he arrived for work.

The president is set to travel to Madrid to attend a NATO summit on June 29-30, which has led to speculation he could meet with Kishida on the sidelines.

If realized, the meeting would be the first summit between the two countries in over two years amid tensions over historical issues stemming from Tokyo's 1910-45 colonial rule of the Korean Peninsula.

Japan's Sankei Shimbun newspaper reported the same day that the summit is unlikely to take place as the conditions are not yet ripe, with no proposal from Seoul on how to resolve the issue of compensation for Koreans forced into labor for Japanese companies during the colonial rule. (Yonhap)