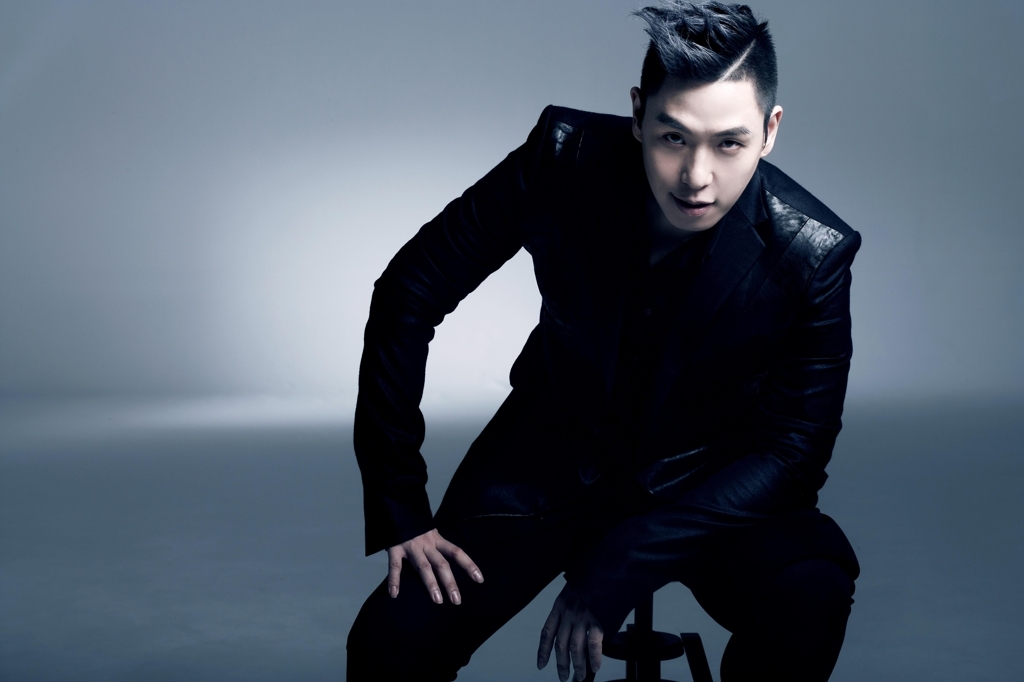 Lee Eun-gyeol (EG)
With his eye-catching gestures, comical facial expressions and mischievous voices, illusionist Lee Eun-gyeol turned even a small studio into a grand stage for his stage performances.

“Which version of Lee Eun-gyeol do you want to see today? I don’t think the performer from MBC is available today,” Lee playfully told The Korea Herald during a recent interview.

The zany persona that made him so well-loved on MBC’s “My Little Television” might have been absent, but Lee was still a warm presence, sprinkling jokes between congenial answers.

“My Little Television” wasn’t an obvious career move for Lee, 40, who had already gained international recognition in his 20s by winning prestigious awards on several continents. He said he decided to star in the show to help revive magic’s popularity.

“I remember that was one of the hardest times for magic in Korea, losing its ability to attract and mesmerize the public. I felt that the people were starting to grasp general knowledge about magic and believing there was nothing new to see,” Lee said.

Hoping to regain the public’s interest, Lee decided to combine his performance with comedy, making internet memes to entertain viewers of all ages.

“Though I wanted the public to take interest in magic, I wished to explore a new possibility. I was certain that my attention-grabbing performances could be combined with other fields, like broadcasting or comedy, and develop into something new,” Lee said.

While magic was used as a standalone form of entertainment, Lee believes it can be applied in dramas, playing an integral role in the finished project.

He has already taken this idea to TV, with roles in Netflix’s musical series ‘The Sound of Magic’ and MBC’s rom-com ‘From Now On, Showtime!’

He said he not only directed magic scenes in the two series centering around mysterious magicians, but was involved from the preproduction stage, analyzing and deciding the key visuals for the lead characters, as well as appearing as a performer in ‘From Now On, Showtime!’”

“It was a precious experience, but I am a stage performer. Acting in front of co-stars and staff was definitely challenging. I think it was possibly a last challenge for me,” Lee said.

He might be most at home on stage, but the COVID-19 pandemic has kept him off it. Taking his show online Lee saw the possibilities expanding the audience in the virtual world.

“We are living in a world where we do not need to separate what is real and virtual. So I am very interested in display devices, including iPads, smartphones and television, that allow me to expand the level of expression,” Lee said.

This is an idea that keys in to the reason he doesn’t call himself a magician: for him, magic is the medium, not the message.

“Names are there for people’s convenience, so they can call me anything. But I think a magician and an illusionist are very different,” Lee said.

Lee sees magicians as people of mystery who have to come up with surprises: In effect, magicians confront their audiences, challenging them to uncover their secrets.

Meanwhile, illusionists use magic as one of many tools for self-expression, Lee said.

“If a magician is concerned about the type of magic to perform onstage, an illusionist makes the audience think about what message the performer will show with the magic,” he said. “Presenting my philosophy and delivering these messages interest me.”

And Lee still believes that, in his art, the live experience is still unmatched.

Lee Eun-gyeol (EG)
And throughout the pandemic, Lee continued to create and explore ideas to present to audiences in person.

“I think the public is thirsty for live performances. Fortunately, more shows are opening and tours are being scheduled as well,” Lee said.

Lee agreed with the prediction he had heard that the idea of a magician has had its time.

“The mystery is no longer fascinating with the development of the internet and YouTube. This is the reason why I am no longer following the path of a magician. I am trying to find different possibilities with magic and show them to the audiences in the future,” Lee said.