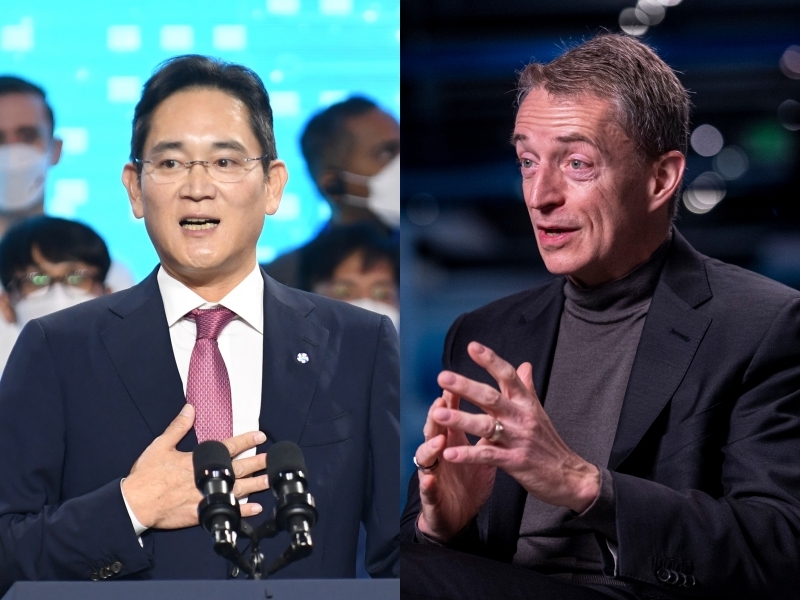 The heads of the world’s No. 1 and No. 2 companies in the chip industry by revenue held a meeting during Gelsinger‘s visit to Seoul. He flew to Korea after attending the 2022 World Economic Forum in Davos, Switzerland. Samsung’s $82.3 billion revenue in semiconductor business outsized that of Intel at $79 billion in 2021.

The news came a year after Intel made a comeback to the chip manufacturing business, an industry led by Taiwan’s TSMC and Samsung Electronics. Intel had exited from the foundry business in 2018. Since its comeback, Intel has poured in tens of billions of dollars combined to regain its chip technology edge, including its latest $3 billion pledge to expand its chip facility in Oregon in April.

Samsung is known for being able to contract manufacture more advanced and thinner logic chips compared to Intel. The US tech giant has long been working to break the 10-nanometer barrier, a goal that foundry competitors like Samsung and TSMC claimed they have already achieved.

Meanwhile, Samsung and Intel have also been partners, as Samsung‘s memory chip modules and Intel’s processors have often been housed on the same motherboard. Compatibility between memory chips and processors is key as Samsung is seeking a breakthrough in memory chip standards, aiming at DDR5 for PCs and servers and LPDDR6 for mobile phones. It is also aiming for new memory interfaces such as Computer Express Link.

Gelsinger reportedly embarked on his Asia trip in April to visit countries including Taiwan, home to the world‘s largest chip foundry TSMC.