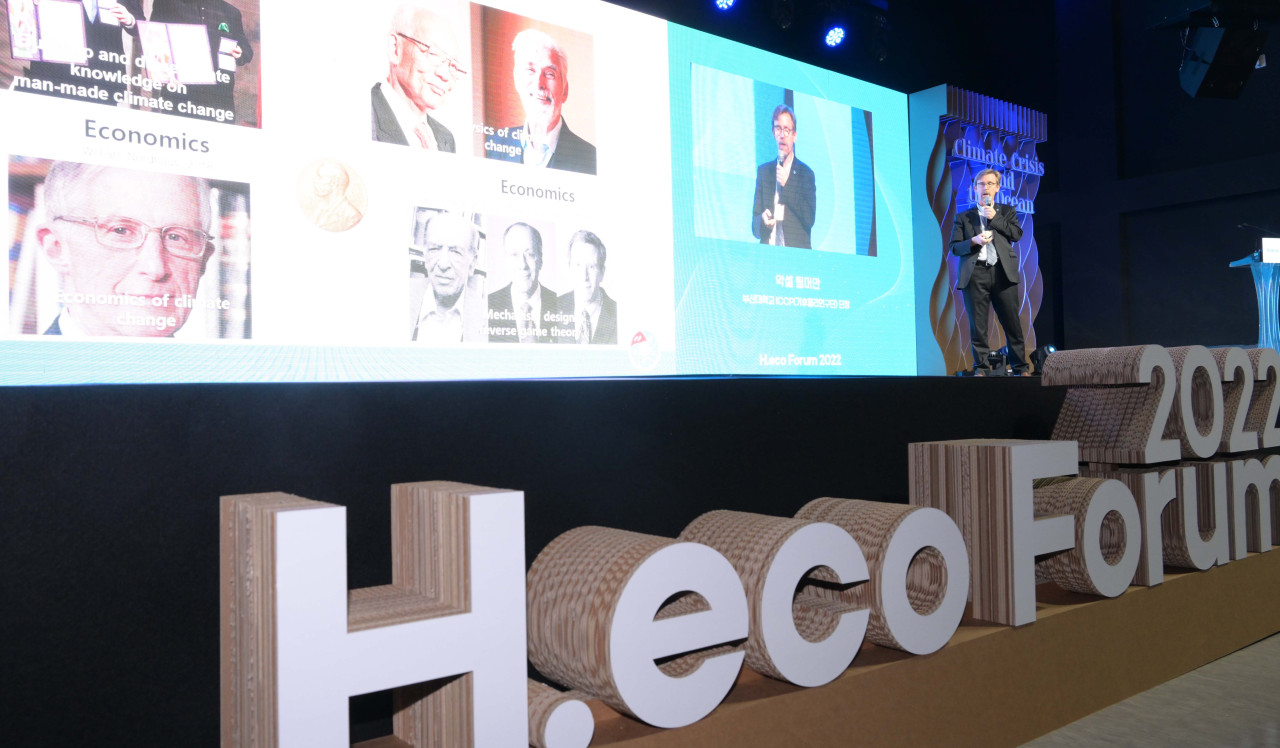 Speaking during the first session of H.Eco Forum on rising sea levels, experts warned that the oceans are headed for irreparable damage.

Professor Axel Timmermann, the director of the IBS Center for Climate Physics at Pusan National University, was the first speaker and gave a speech titled, “Using basic science to avert climate changes.” 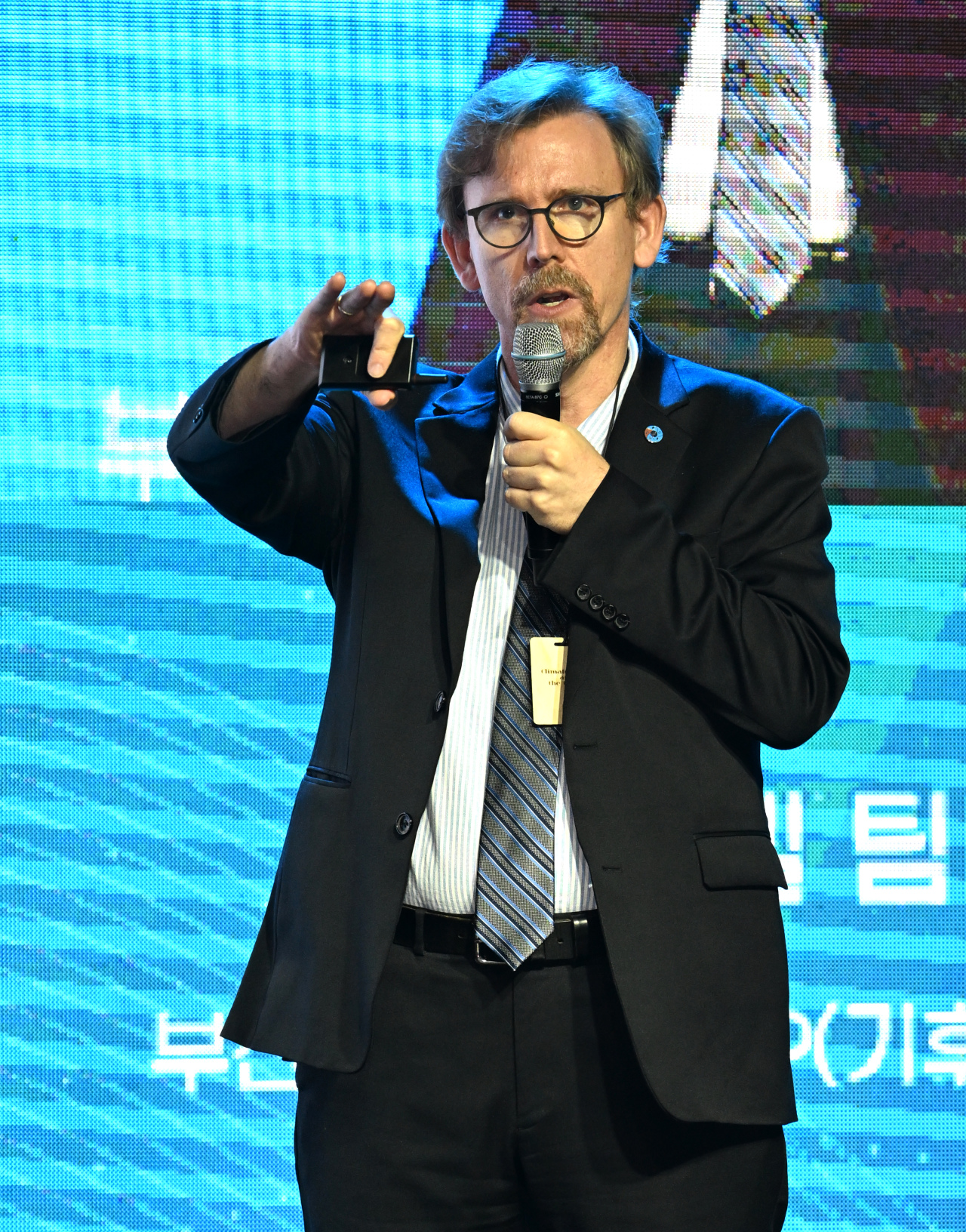 Warning that oceans have already reached “thresholds for irreversibility,” Timmermann stressed recent efforts to cut greenhouse gas emissions remain insufficient to deal with the urgency of the situation and warned 2022 will likely become another year of record-breaking CO2 emissions.

To cope with the crisis, humans need to find a balance between regulation, technological innovation, market incentives (carbon tax and dividend systems) and ecosystem management, he said.

While highlighting the environmental dangers, Timmermann emphasized the importance of individuals stepping up their own actions to decarbonize their daily lives for societal transformation. 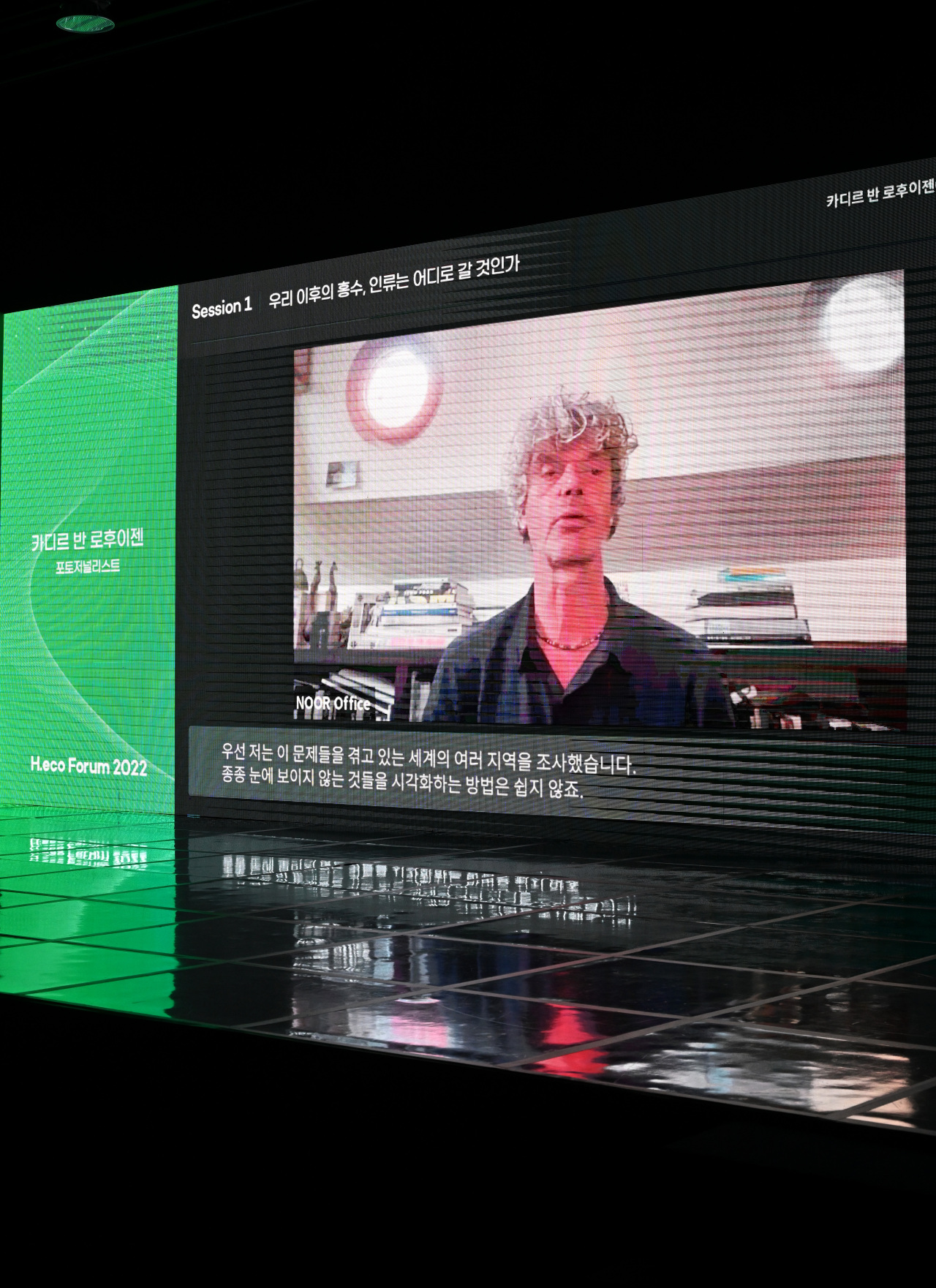 “At the end of the day, it is not the question -- if the sea level would rise by one meter, two meters, three meters of five meters. The question is when and that is the alarming part.

Having traveled to and photographed multiple places across the world, he says the global rise in sea level is affecting both the rich and poor around the world.

He said it was his visit to the San Blas Islands around 10 years ago and meeting local people that made him realize changes in sea level were already affecting the lives of many people.

“They told me they would be evacuated. So I asked them why would you be evacuated. They told me because the sea levels are rising. It was actually the first time I realized that this is a problem that exists today.”

In the case of Bangladesh, millions of people have moved away from the delta to cities to avoid the impact of rising sea levels, van Lohuizen explained, but many end up in the slumps of Dhaka and Chittagong.

“What they are experiencing now is normally a cyclone would come or storm with floods but the water would recede. Nowadays it often doesn’t recede anymore.

“People can’t grow crops anymore and there is no safe drinking water.”

The United Kingdom, a country close to van Lohuizen’s home, is the “fastest eroding coast in Europe,” he said.

Thought erosion itself is a natural phenomenon, it is the speed at which the phenomenon is occurring that is new -- a result of the rise of sea level, he explained.

“Part of the problem is that we are in our comfort zone and we don’t want to take a step back but we owe this to our future generations.”

Urging the world to take responsibility, he called on major companies to take action for themselves, if governments are not up to the task. 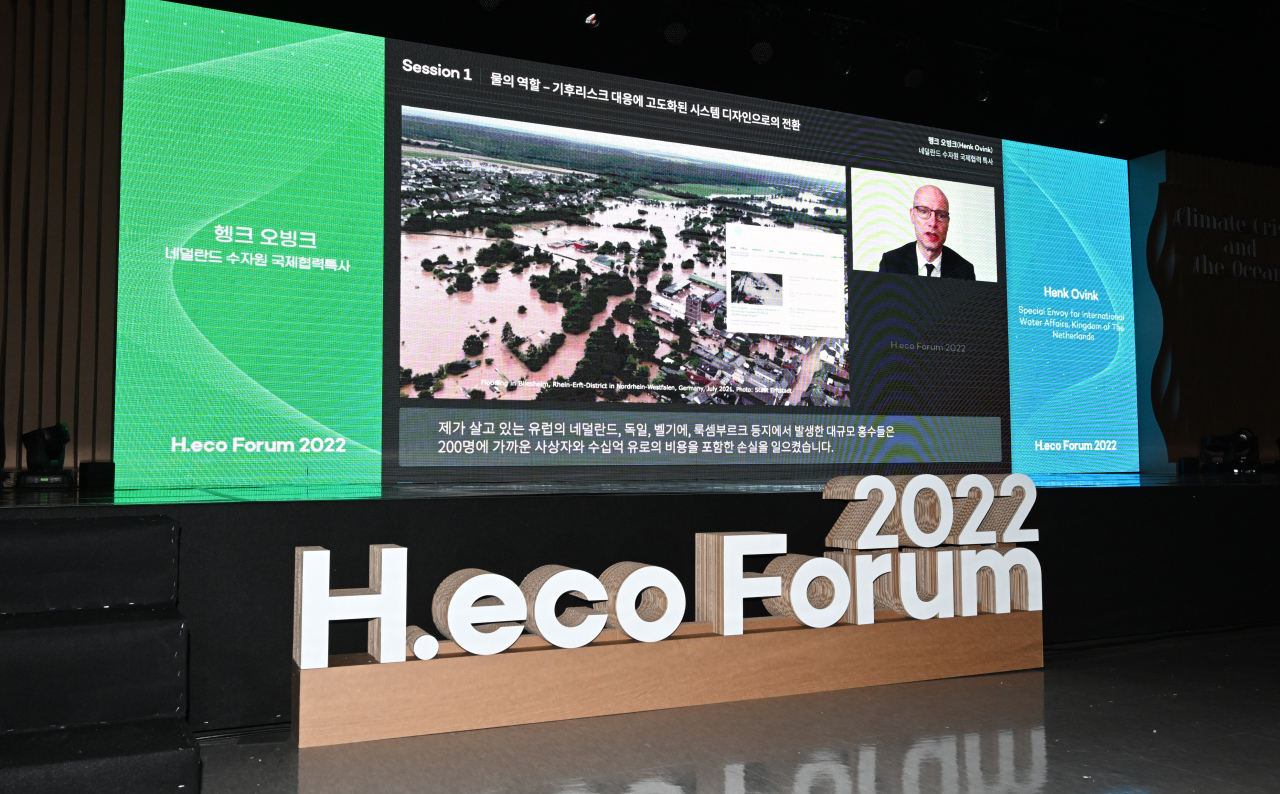 Pointing out that pollution, floods, and droughts are increasing year on year, he noted that cities were global flood risk hotspots.

Adding that the issues were dealt with “band-aid approaches,” he said that a “holistic solution is possible.”

“We saw this in the Netherlands through the ages already,” he said. All of the country’s urban policies and natural development projects were attuned to deliver on the Paris agreement.

Protecting the land with dams, dikes and levees is of critical importance in the Netherlands.

“We’re now putting a hole in the dike to let the fish swim in and out, which is more in line with biodiversity and nature,” he said.

“But doing it only in the Netherlands is not enough,” he said.

At the same time, temperatures were breaking records.

“So we see the extremes only become more extreme, and we can’t continue the approach we’ve been taking in the past,” he said.

Over the pandemic, the world witnessed devastating inequality in water access.

Water became a “first line of defense” as personal hygiene became a necessary measure to protect onself from the threat of the disease, he said.

“During the pandemic every global leader around the world said, ‘wash your hands.’ But over two billion people around the world are denied regular access to water, sanitation, and hygiene facilities.”

For them, the pandemic was made worse by preexisting challenges of inequality, conflict, and migration.

“Among the hardest hit groups from the pandemic were indigeneous communities, especially girls and women,” he said.

“We have to strive for a radically inclusive solution that leaves no one out.”