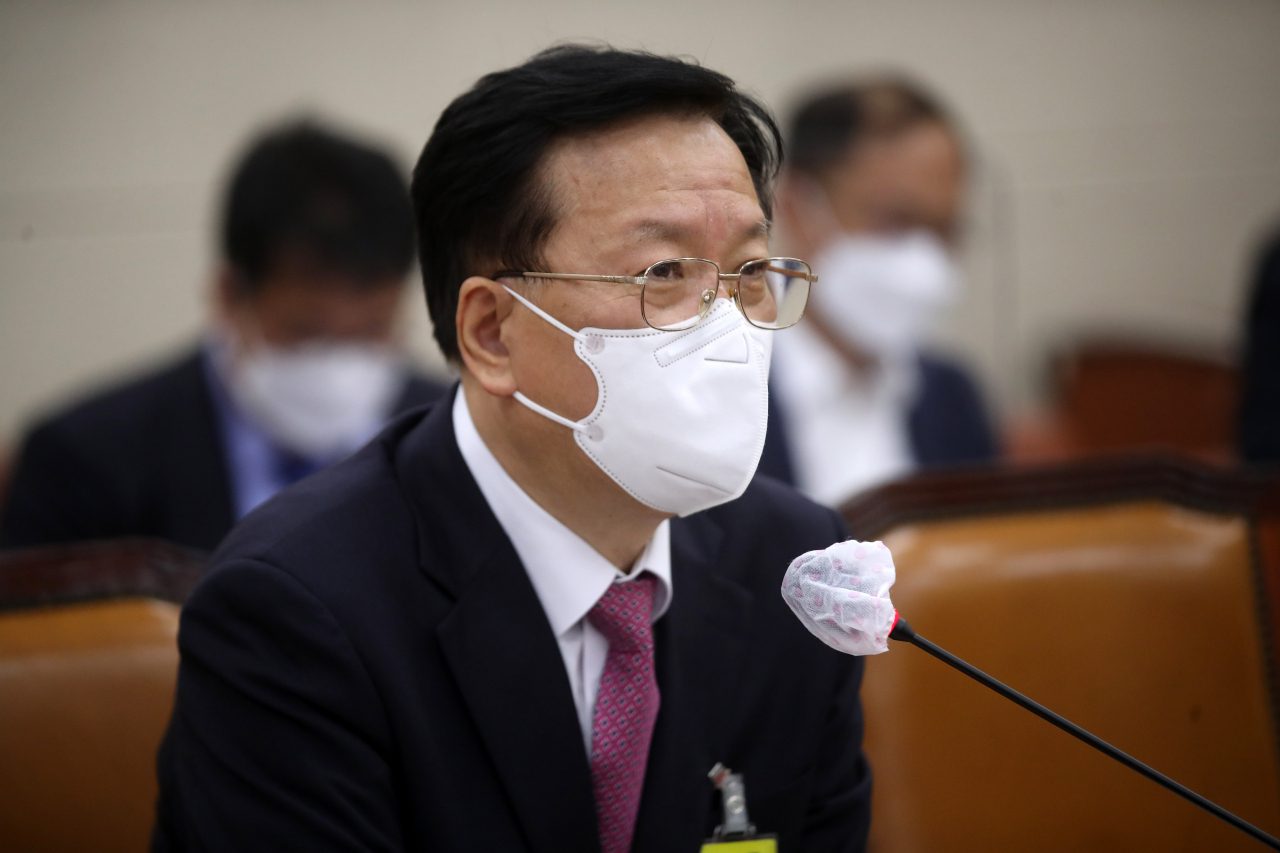 This photo taken on May 3, 2022, shows Health Minister nominee Chung Ho-young speaking during his confirmation hearing at the National Assembly in Seoul. (Yonhap)

The floor leader of the ruling People Power Party (PPP) on Monday pressured the widely unpopular health minister nominee, Chung Ho-young, to step down amid concerns that his appointment could hinder the party's chances in the upcoming local elections.

"I listened to many lawmakers in the party, and many of them showed objections to Chung's appointment," PPP floor leader Rep. Kweon Seong-dong told reporters after the party's election committee meeting. "He needs to decide his future."

Chung, a former chief of Kyungpook National University Hospital, has not been formally appointed by President Yoon Suk-yeol following allegations that he used his position to help his daughter and son gain admission to the university's medical school and exempt his son from active duty military service.

Kweon added that he has also delivered the party's opinion to Yoon's office.

The move comes amid worries that the appointment of Chung could negatively affect the PPP's efforts in the June 1 local elections.

"If Yoon decides to press ahead with Chung's appointment, there is a possibility that our party will be framed for 'ignoring the opposition," a PPP official said.

The PPP is also concerned that Chung's appointment could serve as a roadblock in its negotiation with the DP over key National Assembly committee posts, including the chairmanship of the parliamentary legislation and judiciary committee. (Yonhap)