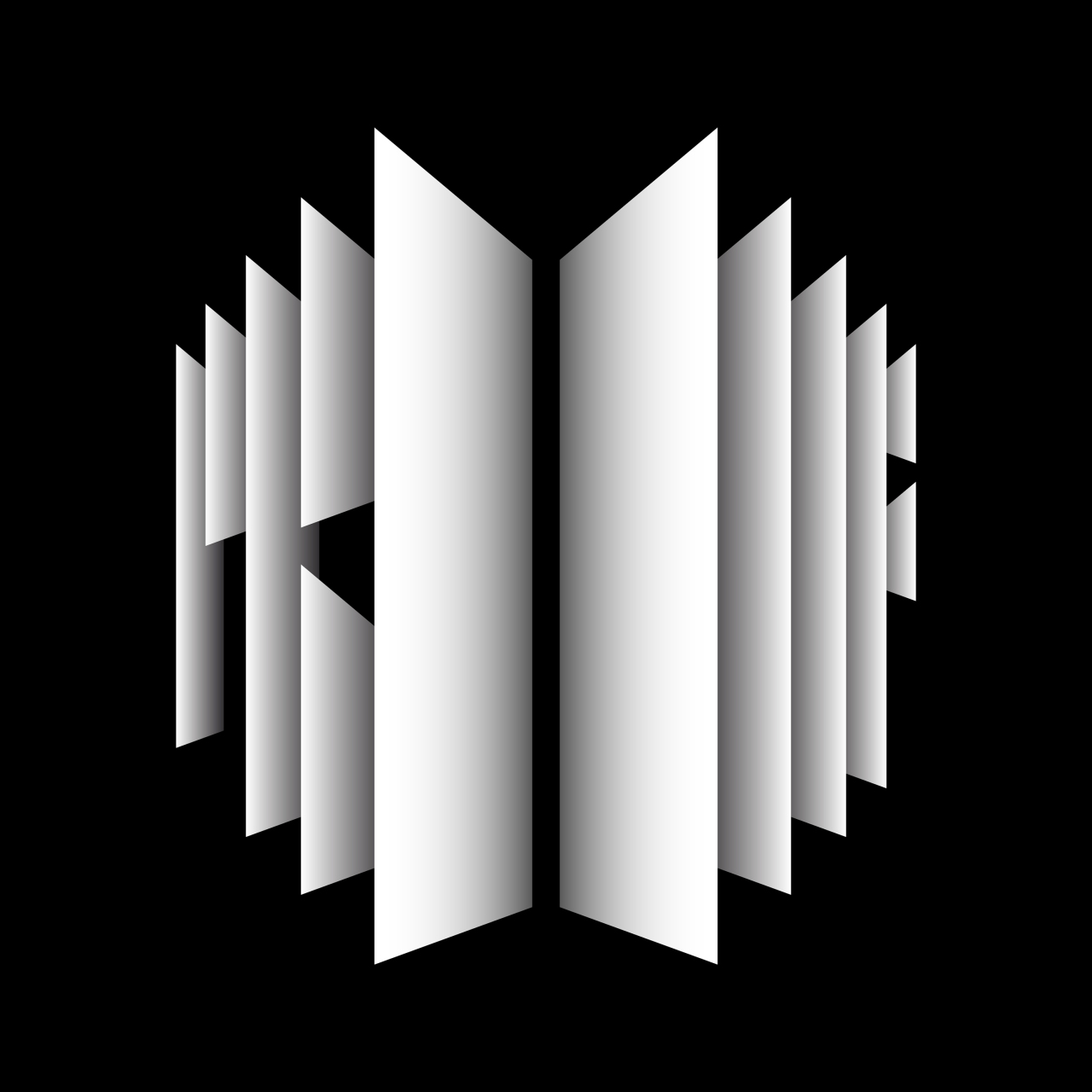 BTS’ agency, BigHit Music, revealed the band will be returning to the stage on June 10 with an anthology album spanning the band’s discography. The three-CD collection will allow fans to walk down memory lane and explore unreleased rarities and never-before-heard tunes.

The first CD will act as “the chronicle of BTS,” according to BigHit Music.

While the record lists all the title tracks from BTS in time order, kicking off this 19-track CD is no other than “Born Singer,” a remastered version of the act’s 2013 song, which was unveiled digitally for free in July of that year, one month after the band’s June 13 debut. Sampling J. Cole’s “Born Sinner,” the seven boys tell candid stories of their time trying to make it in the music business and the feelings they‘ve faced a month after making their debut. 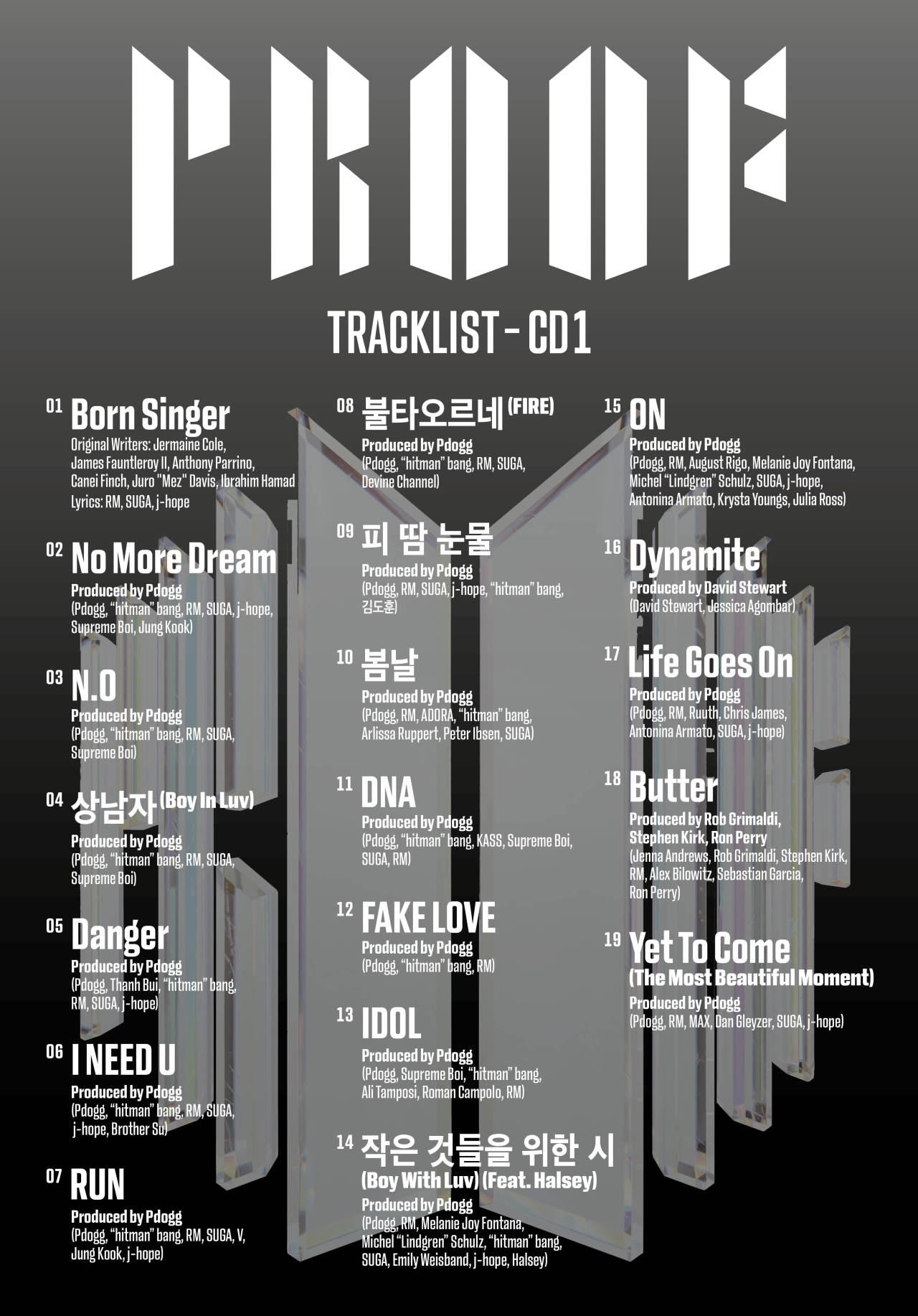 The second CD takes a deeper look into the band’s history, featuring 14 tracks among the band’s solo and sub-unit tracks that the bandmates have hand-picked themselves. BigHit Music said, “The second CD has been put together to show how BTS can shine bright as a group, through the nine years they have spent together respecting one another’s styles and colors.”

The CD also includes one of the album’s three new songs, “Run BTS,” which is also the title of the band’s web variety series that has run since 2015. 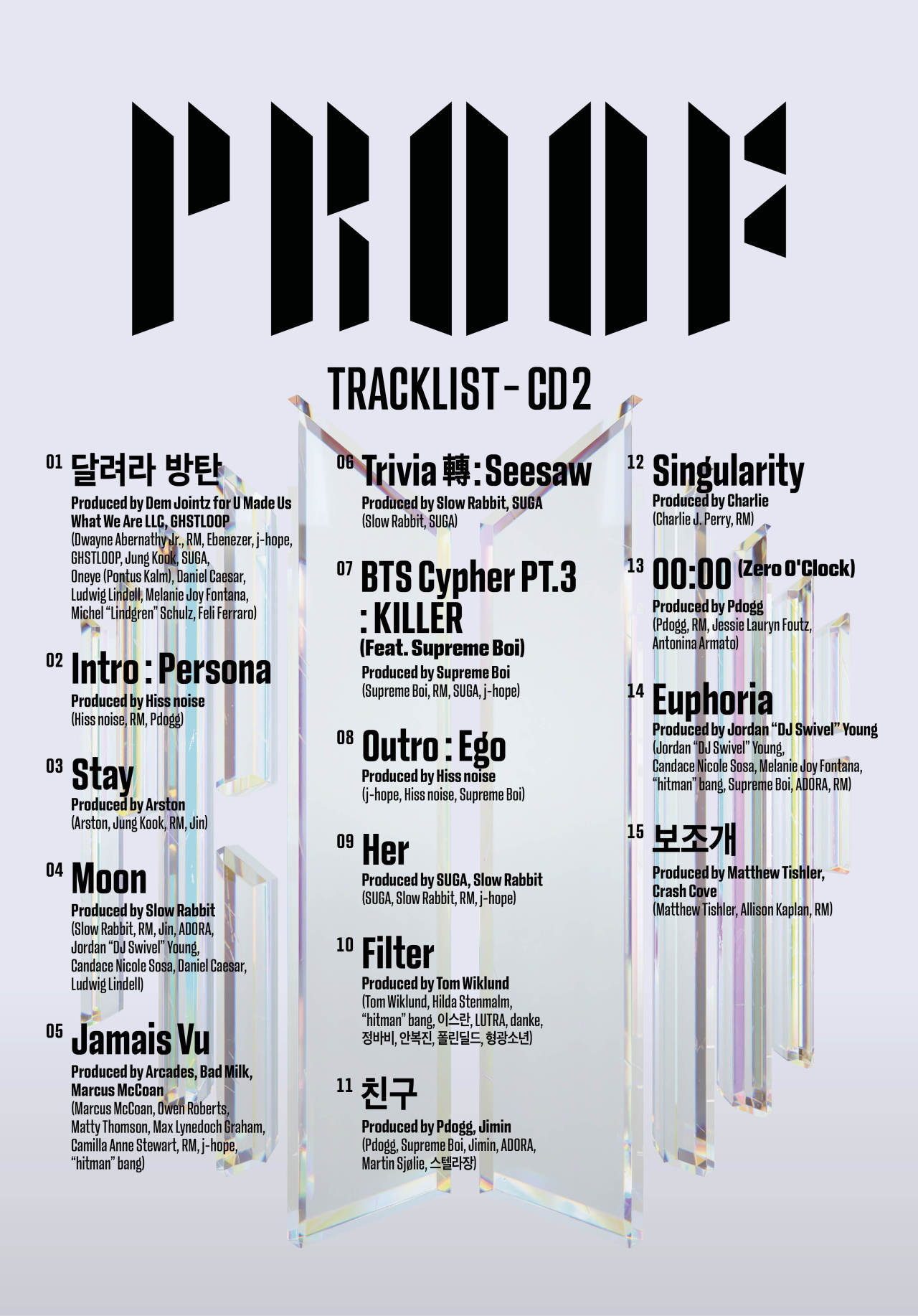 Last but not least, the third CD is the special gift from the members to fans. The 14-track collection brings listeners a step closer to the members with previously unreleased songs, such as “Young Love” and “Quotation Mark,” and demo versions of the some of the act’s hits, including “I Need U,” “DNA,” “Spring Day,” “Epiphany,” “Jump,” “Boyz With Fun,” “Seesaw” and “Young Forever.”

Closing the final disc is the newest song of the anthology compilation, “For Youth,” a song devoted to the band’s fans, collectively referred to by the official name, Army. According to BigHit Music, the song expresses the members’ heartfelt gratitude and love for Army.

The tracks on the last disc, except for “For Youth,” will be available only via the physical CD. 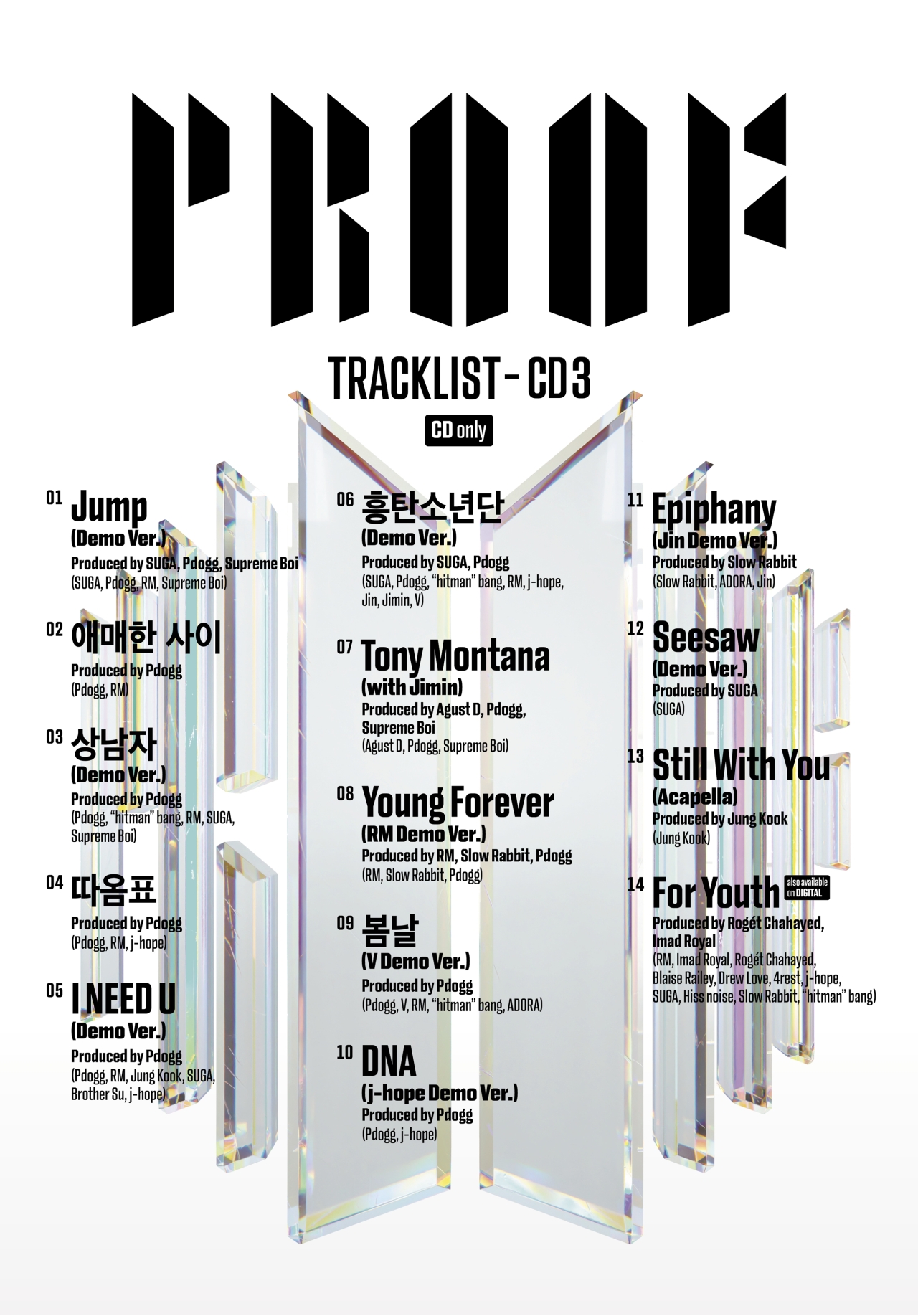 Track-list of BTS' "Proof" CD3 (BigHit Music)
The 48-track anthology pack will mark the seven-piece group’s first new album since the LP “BE” dropped in 2020. In the meantime, the band has released a string of new singles, including “Butter,” “Permission to Dance” and “My Universe,” the last one in collaboration with Coldplay.

While some fans have wondered whether the group will go into a hiatus following the release of the album, especially as all seven members currently await their military enlistment in the near future -- the fastest within this year for eldest member Jin -- BigHit Music drew the line, stating the album is not the end but the beginning.

“As BTS celebrates their ninth year anniversary this year and turns the page to a new chapter to their 10th year, ‘Proof’ has been planned and produced to look back on its past endeavors,” the agency said.

The band will give a closer peek into the upcoming album and its making through a video series, “Proof of Inspiration” on Monday. It will then unveil the official concept pictures of the album from Tuesday to Thursday, before dropping the teaser for the “Yet To Come” music video.

Meanwhile, the promotion schedule of BTS’ “Proof” reveals that the band has two surprise events upcoming, one set for release at midnight (local time) on June 7 and one on June 13, the ninth anniversary of the band’s debut. 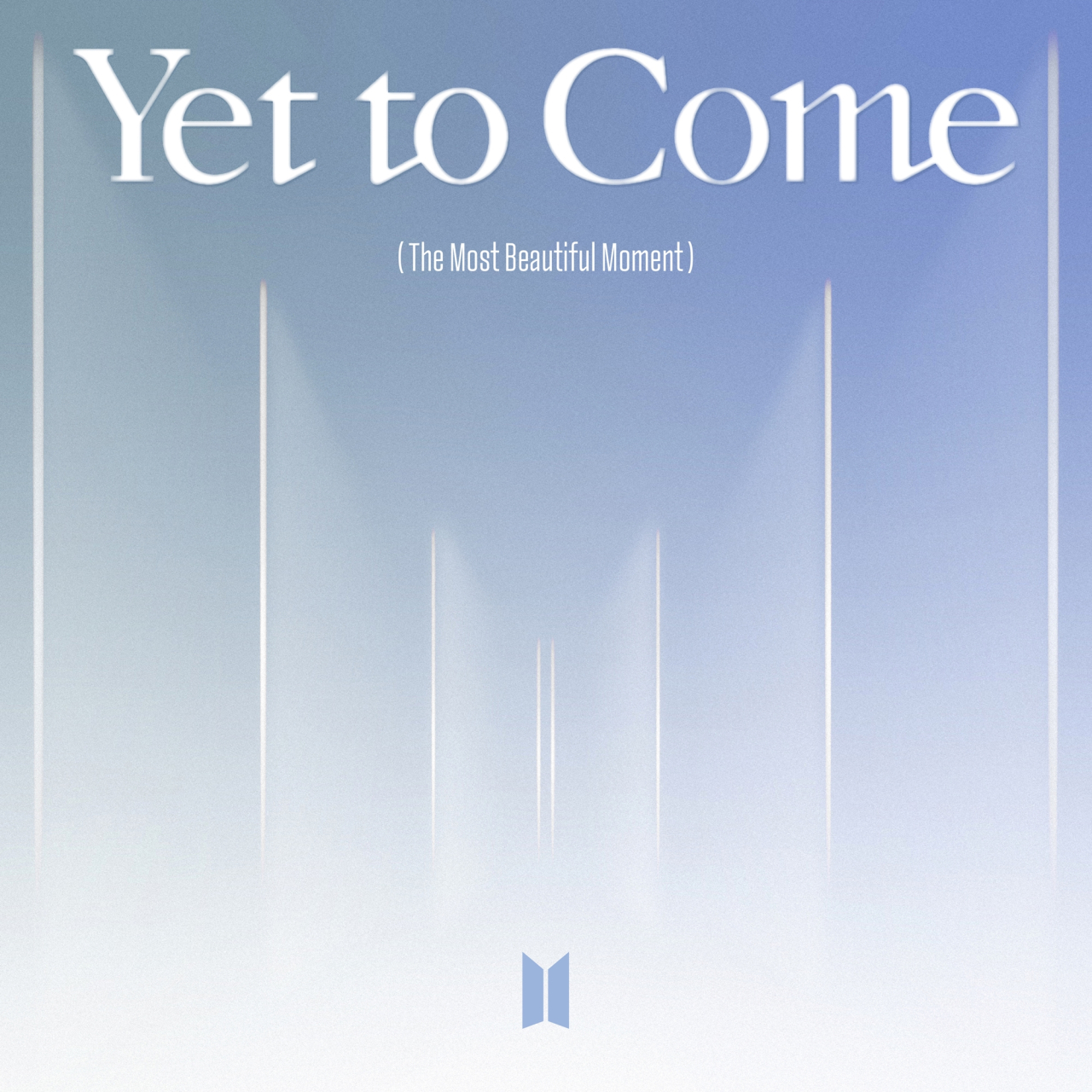 Cover image of "Yet to Come," the lead single of BTS' anthology album "Proof." (BigHit Music)
Ahead of the release of their anthology album, the band on Monday scooped up three prizes at this year’s Billboard Music Awards, marking their sixth consecutive year winning at the award show. Among the six categories they were nominated for, BTS took home trophies for Top Duo/Group, Top Song Sales Artist and Top Selling Song for “Butter.” The K-pop septet now has won 12 trophies since their BBMA debut in 2017, becoming the group with the most wins at the American awards.

The seven members were absent from the ceremony, which took place at the MGM Grand Garden Arena in Las Vegas, but thanked their fans on social media following the announcement by writing, “Won #BBMAs for 6 consecutive years! Thank you for listening to our music and your support,” under which they added, “The Best is #YetToCome,” referring to their upcoming lead single.