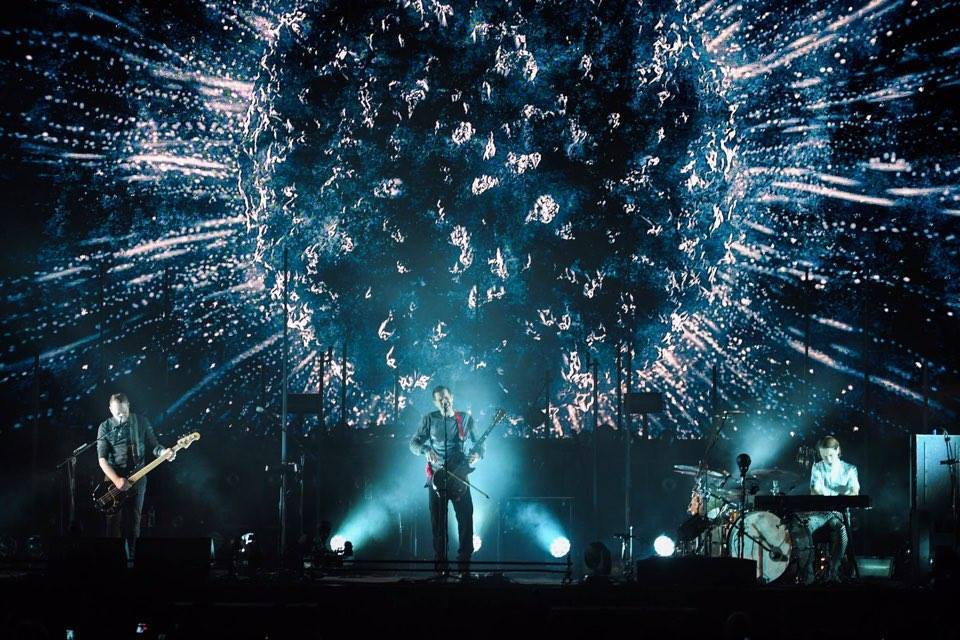 Norwegian singer-songwriter Jakob Ogawa will be the first pop artist to hold a concert after the government scrapped distancing restrictions. The musician will hold his solo concert “Jakob (fka Jakob Ogawa) Live in Seoul” at Rolling Hall in Mapo-gu, western Seoul on May 20. It will mark the artist’s first meeting with local fans.

Icelandic iconic post-rock band Sigur Ros is also gearing up for a solo concert in Korea. As part of the act’s world tour, the band will perform at the SK Olympic Handball Gymnasium in the Olympic Park in southeastern Seoul on Aug. 19. The upcoming visit will mark Sigur Ros’ return to Korea in nearly six years, following its last concert in November 2016.

Reuniting with keyboardist Kjartan Sveinsson, who left the band in 2013, Sigur Ros will perform numbers that feature melodic, classical, experimental and minimalist elements. It will also showcase its new song onstage for the first time.

After postponing his concert series five times, Danish singer-songwriter Christopher will finally get to meet his fans in Korea in August. The artist originally planned to perform in Korea in March 2020, but the performance was delayed multiple times due to the ongoing pandemic. 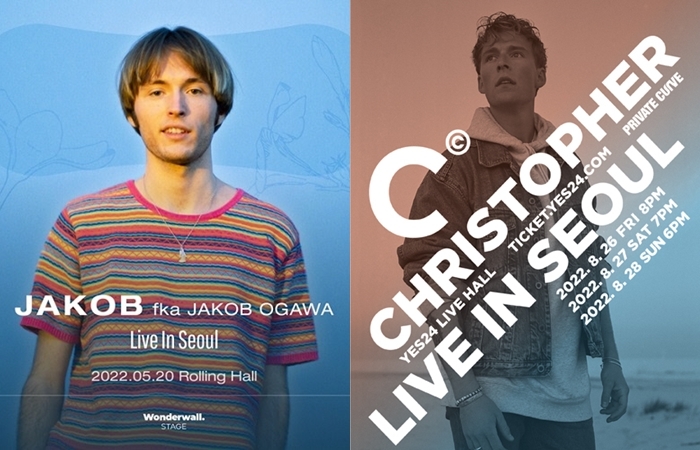 Poster images of Norwegian singer-songwriter Jakob Ogawa’s concert “Jakob (fka Jakob Ogawa) Live in Seoul” (left) and Danish singer-songwriter Christopher’s concert series “Christopher Live in Seoul” (Wonderwall, Private Curve)
The singer-songwriter will hold his three-day run concert “Christopher Live in Seoul,” starting Aug. 26 at Yes24 Live Hall in Gwangjin-gu, eastern Seoul. Despite the several delays, his concert tickets were all sold out, according to the concert’s organizer Private Curve. The upcoming concert series will mark his third time visiting the country, his last performances having been at the Seoul Jazz Festival in May 2017 and a solo concert in June 2019.

A large number of big-name artists are also slated to come to Korea for the 14th Seoul Jazz festival, which will be held over three days starting May 27 at the Olympic Park’s 88 Jandi Madang in southern Seoul.

Performing arts industry officials forecast that an increasing number of global pop artists’ concerts will be resumed toward the second half of this year. Although mask-wearing is still mandatory at both indoor and outdoor concerts, competition for concert tickets will likely become fiercer backed by concertgoers’ strong demand, they said.